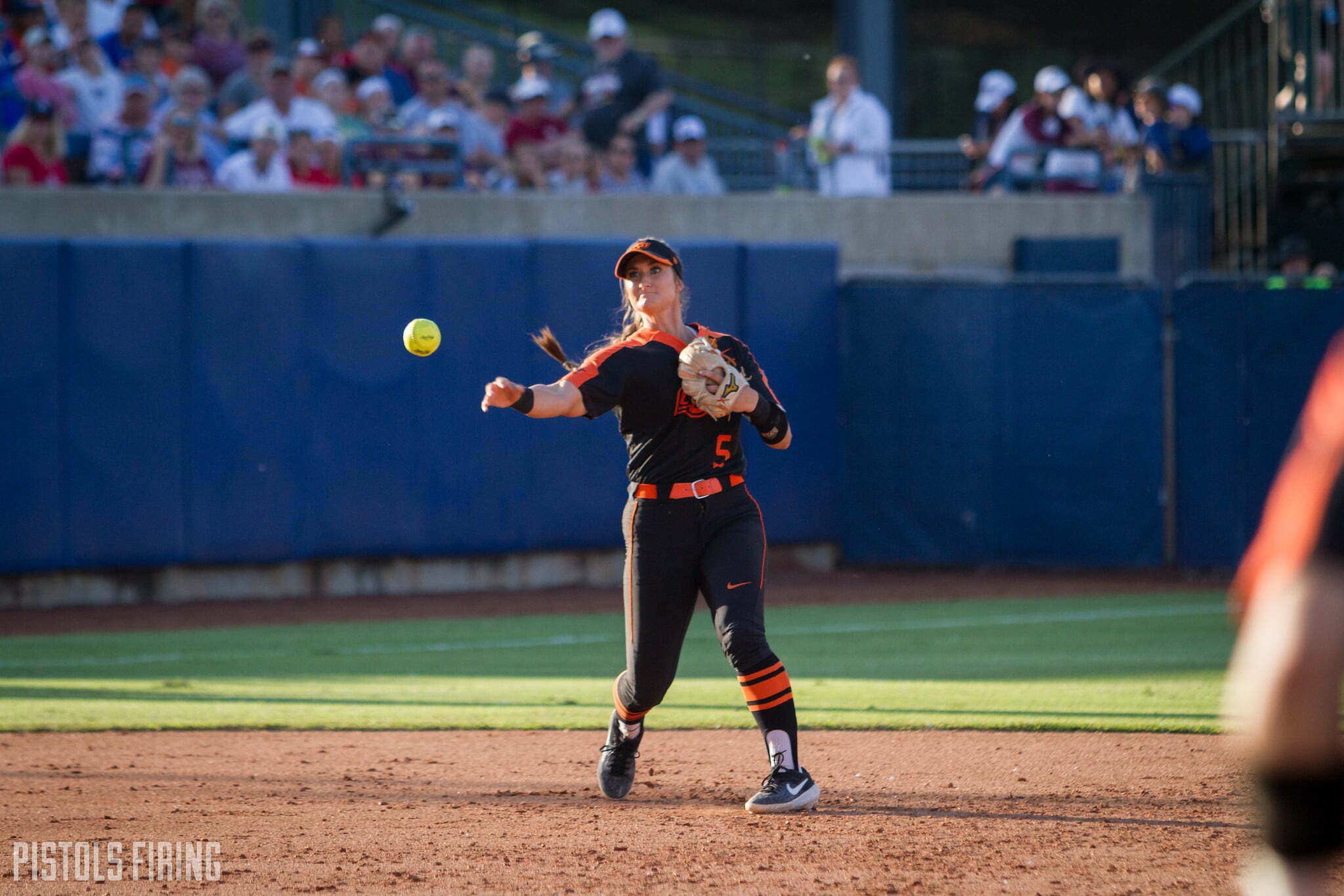 Had the Cowgirls not scored any runs in the seventh inning, they would’ve advanced to Saturday’s Big championship on tiebreakers despite the loss. For good measure, the Cowgirls went ahead and won the game outright.

Oklahoma State beat Iowa State 6-5 on Friday evening in Oklahoma City to go 2-0 in pool play in the Big 12 Tournament.

The Cowgirls’ bats had a great awakening with two outs in the seventh inning down a run. With runners on first and second, Chyenne Factor tripled to right, scoring Avery Hobson and Chelsea Alexander to take a 3-2 lead.

Then Alysen Febrey hit a two-run home run to left after Febrey got robbed at the wall in her previous at-bat.

Hayley Busby capped off the Cowgirls’ scoring with a solo shot in the next at-bat.

The Cyclones made it interesting in the bottom of the seventh, putting up a pair of runs before sophomore pitcher Kelly Maxwell made her second outing of the day to get the final out with a K.

The game showed the flaws of the pool play format. The Cowgirls were up to bat in the top of the seventh down 2-1 at a point where they would’ve advanced to the championship game with the 2-1 loss. The tiebreaker in the three-team pools if all teams are 1-1 is runs allowed. Thus, Iowa State, which lost to a Texas team OSU beat earlier in the day, only had a chance to go to the championship if they scored more runs on OSU.

So, Iowa State needed to let OSU score more runs so that the Cyclones could bat again in the bottom of the seventh. Meanwhile had the Cowgirls scored more runs and forced extras, any extra runs against would’ve hurt OSU had they gone for the win and ended up losing.

The Cowgirls advance to Saturday’s championship game where they will face Bedlam rival Oklahoma for the fourth time this season. OSU dropped two of three games to the Sooners last weekend in a competitive Big 12 series. The conference title game will take place at 3 p.m. at Hall of Fame Stadium in Oklahoma City.