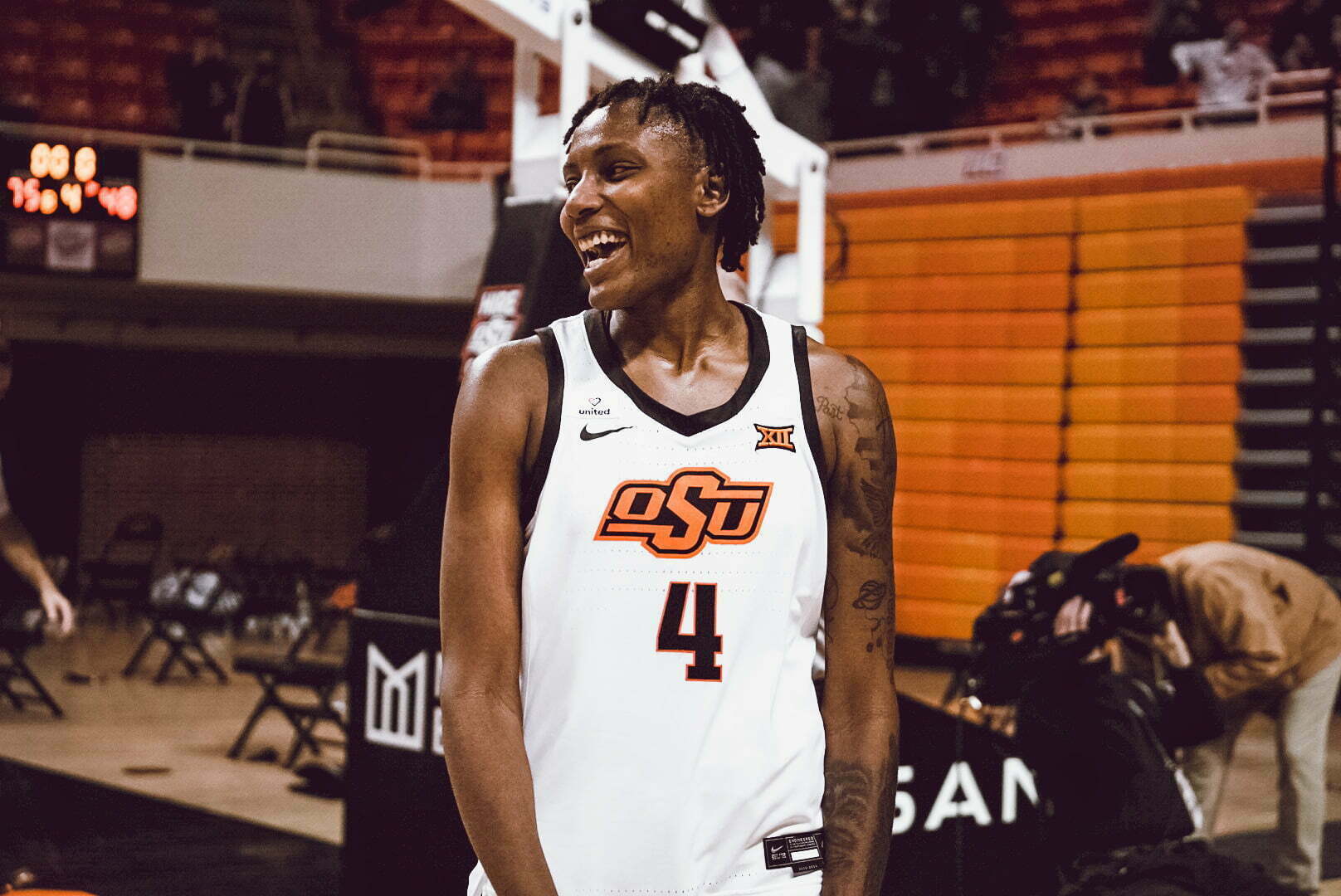 The Cowboys’ trek to Kansas City has been well documented, but the Cowgirls will start their Big 12 Tournament journey Friday evening.

Oklahoma State snagged the 3 seed in the women’s Big 12 tournament, and the Cowgirls will play Oklahoma in the quarterfinal round at 8:30 p.m. Friday.

The Cowgirls are 17-7 this season and have beaten the bricks off the Sooners in both of their previous meetings, winning 66-53 in Norman and 91-64 in Stillwater.

OSU also cleaned up in the Big 12 awards that came out this week. Jim Littell picked up his second Coach of the Year award, and star senior Natasha Mack was named the league’s Defensive Player of the Year.

Mack was also a All-Big 12 First Team selection and on the All-Defensive Team, and junior guard Ja’Mee Asberry was a Second Team selection.

The program also had two players on the All-Freshman Team in Taylen Collins and Lexy Keys.

Here are some storylines to follow as the Cowgirls enter the postseason.

The Cowgirls’ 17-7 record looks great now, but they started the year 3-2 after a home loss to Tulsa.

That game seemed to have been a turning point for OSU, as the Cowgirls rattled off wins in their next six games. After a three-game skid in the middle part of the season, OSU finished the season winning eight of its last 10 games.

Tulsa, meanwhile finished its season 5-14, making the Cowgirls’ loss to the Golden Hurricane that much more puzzling, but that game might have served as a wake-up call OSU needed early in the season.

“We were pretty young there,” Littell said. “It was the beginning of the season. I don’t think our group understood at that time that you respect everyone and you fear no one. I don’t know if we were up for the game.

“I believe that that was something that propelled us into understanding that you respect the game, you prepare on a daily basis and you don’t overlook anybody because that can happen. It’s hard to take a loss, and we may be paying for it a little bit in the eyes of the committee, but I think that helped us mature and grow and little bit, as well.”

Natasha Mack has been in Stillwater for only two seasons, and she has already handily broken the program’s record for career blocks.

Mack has stuffed 97 shots this season. Add that to the 96 she swatted last season, and Mack has 193 blocks in two years as a Cowgirl. Kaylee Jensen, who spent four seasons at OSU, is second on the list with 175 blocks.

Mack initially went to Angelina College out of Lufkin High School (shout out Dez Bryant), so she is a senior this season in Stillwater. In ESPN’s latest WNBA mock draft, Mack is projected to be the No. 5 pick, which would be the highest a player has been taken in program history.

“She’s an incredible teammate,” Littell said. “Her teammates love her. She makes people feel comfortable around her. It’s pretty comforting to know if you get driven around, she’s standing back there and gonna clean up some of the mistakes that we make.

“We’ve had awful talented players. We’ve had six in the WNBA, but I don’t know if I’ve ever had anybody that impacts both ends of the floor more than Mack does. She has the ability to score. She’s a tremendous rebounder. She’s the best shot-blocker that I’ve ever seen. Besides that, she alters probably five or six more shots a game. She’s the complete package and whoever gets her in the draft is not only getting really good player but getting a great kid as well.”

A big question entering the year was how OSU was going to replace the scoring of Vivian Gray, an All-American who transferred to Texas Tech. Ja’Mee Asberry answered that question.

She also leads the Cowgirls in assists with 94 on the year and has an assist-to-turnover ratio of 1.84.

“She worked every day during the summer,” Littell said. “She found a gym, she worked with a trainer, she revamped her shot, and in my opinion, she’s the most improved player in our league.

“It was time that was put in. She worked her tail off on her game to improve, and she’s made shots. You’ve seen her grow in confidence, and throughout conference play she didn’t have many bad games. There were a few. This isn’t a perfect game. Your kids aren’t gonna play perfect every night, but for the most part she’s been very consistent and been a scoring point guard. That’s what we’ve came accustomed to here for a lot years with the point guards that we’ve had here.”