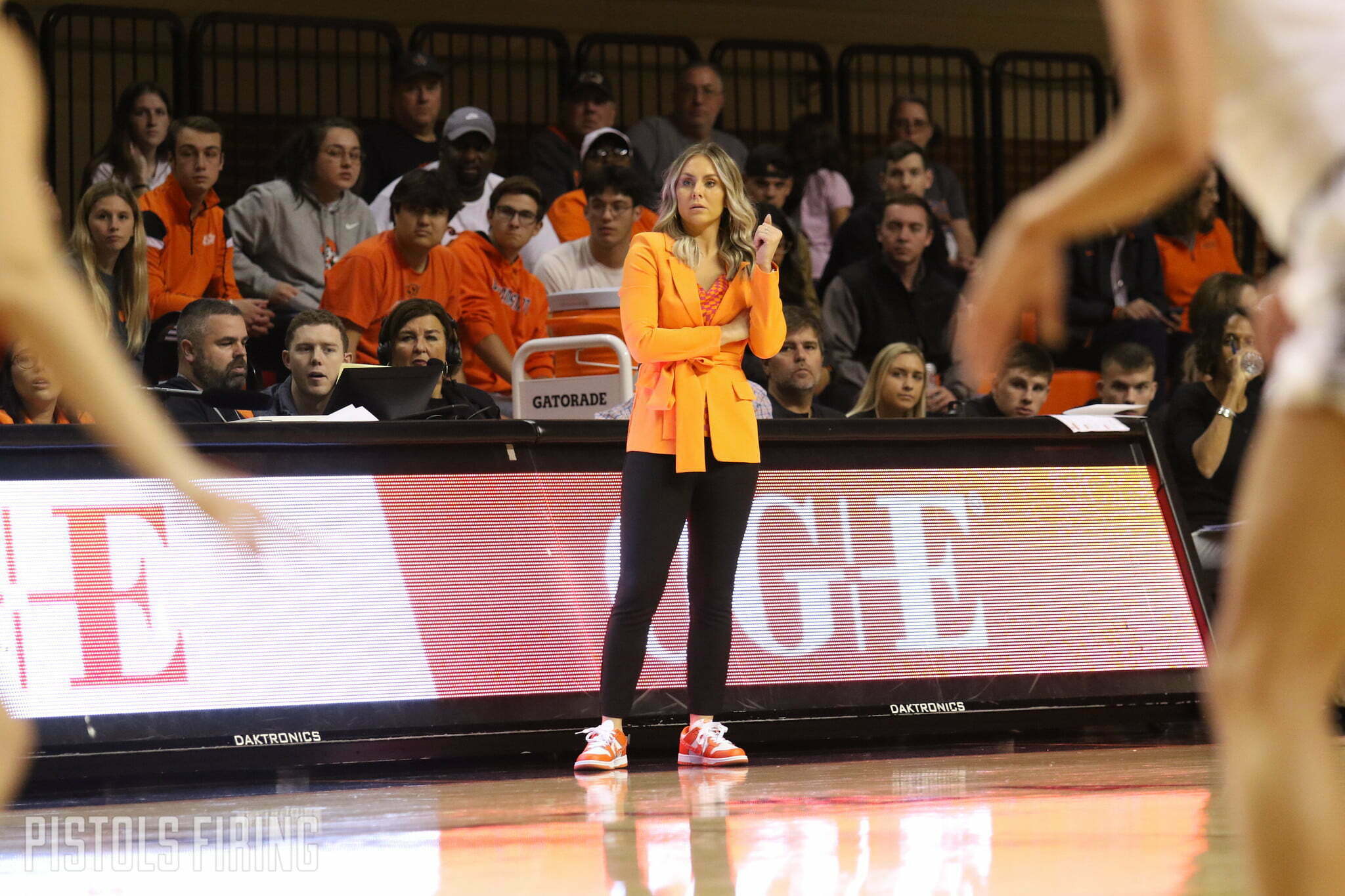 STILLWATER — After amassing a 81-65 record at Kansas City the past five seasons, Jacie Hoyt is 1-0 as the Cowgirls’ coach.

The Oklahoma State women’s basketball team kicked off its season Monday with a 95-63 win over UT-Rio Grande Valley. The Vaqueros hung around a little bit for a half before the Cowgirls outscored UTRGV 53-32 in the second half.

“I have so many favorite things about Oklahoma State, but without a doubt, our fanbase, I can’t imagine being in a community that’s more welcoming, more accepting,” Hoyt said. “We’re trying to do something really special here, and I just want them to know that I want them to be a part of it. I felt that tonight from them, and it was really special.”

Five Cowgirls scored in double figures, with Villanova transfer Lior Garzon leading the way with 19 points. Garzon caught fire in the second half, leading to the Cowgirls pulling away. She scored 17 in the half, going 5-for-8 from 3 in that time. Garzon is one of eight new players on OSU’s roster.

“Everyone sees Lior do that every day in practice,” Hoyt said. “We’ve been able to see who is good in what positions, and Lior is really good, especially in transition stopping and popping. Our players, it’s fun because they’re learning about each other, but they all understood the assignment — get the ball to Lior.”

Claire Chastain, a UT-Arlington transfer originally from Shawnee, had 15 points, going 6-for-8 from the field. A 6-foot guard, Chastain also had six rebounds and three blocks.

Then there is Taylen Collins, one of the few remaining pieces from last season’s bunch of Cowgirls. Collins had a 10-point, 12-rebound double-double.

The Cowgirls will be back in action Friday night with a 6:30 p.m. tip against Northwestern State.