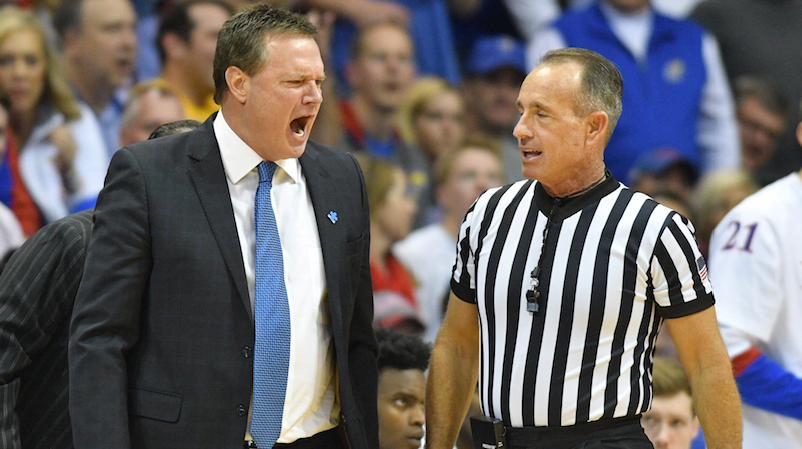 Oklahoma State’s upset of No. 7 West Virginia was one of the many tremors that shook up not only the Big 12, but across the country. Five of the AP top-10 teams went down in upsets, including three of the top 3 Big 12 teams — all on the road — in a truly thrilling, yet baffling Saturday full of action. Summed up in a tweet, Trae Young said it best:

Been a Crazy Day of College Basketball?

With Saturday in the rearview, let’s recap it with three things you need to know.

1. Iowa State did the unthinkable: The Cyclones lost two-straight before Saturday’s game against Kansas and were trending ever closer towards the tournament bubble. Despite a solid overall season, the Cyclones, like Oklahoma State, were still searching for a signature win. It had close losses to Gonzaga, Cincinnati, Baylor, Kansas, and West Virginia all on its resume. And “close” doesn’t cut the cookie-cake on Selection Sunday.

Behind an 18-for-34 night from the 3-point line, Iowa State snapped KU’s 54-game home winning streak in overtime, 92-89. Naz Mitrou-Long (the Cowboy killer) scored 22 points and knocked down six 3-pointers, while big man Deonte Burton his 7-of-9 3-point attempts to bury the Jayhawks.

2. Baylor blew it: In Waco, No. 2 Baylor continued its downward trend of late. As a heavy home favorite to Kansas State, the Bears inexplicably took a 15-point deficit into halftime — a lead that proved to be insurmountable. Baylor made a run late in the second half, and even got off a potential game-tying shot. But it was blocked out of bounds to end the game. Given the Jayhawks’ loss to Iowa State, a win would have sent the Bears to tied for first place in the Big 12 standings. But now it’s back to playing from behind for Scott Drew’s team.

3. The Big 12 is wiiiiiiiide open: It’s not so open that Oklahoma State could take it (That should go without saying). But generally speaking, there’s a chance that any of the top four teams could win the regular season crown. Here’s the current standings:

I’m still of the belief that Kansas should be favored to win it until either A.) It doesn’t. or B.) Bill Self retires. And neither of those appear to be happening anytime soon. But option A seems less impossible after Saturday than it did a week ago. And that’s exciting news for the Big 12.