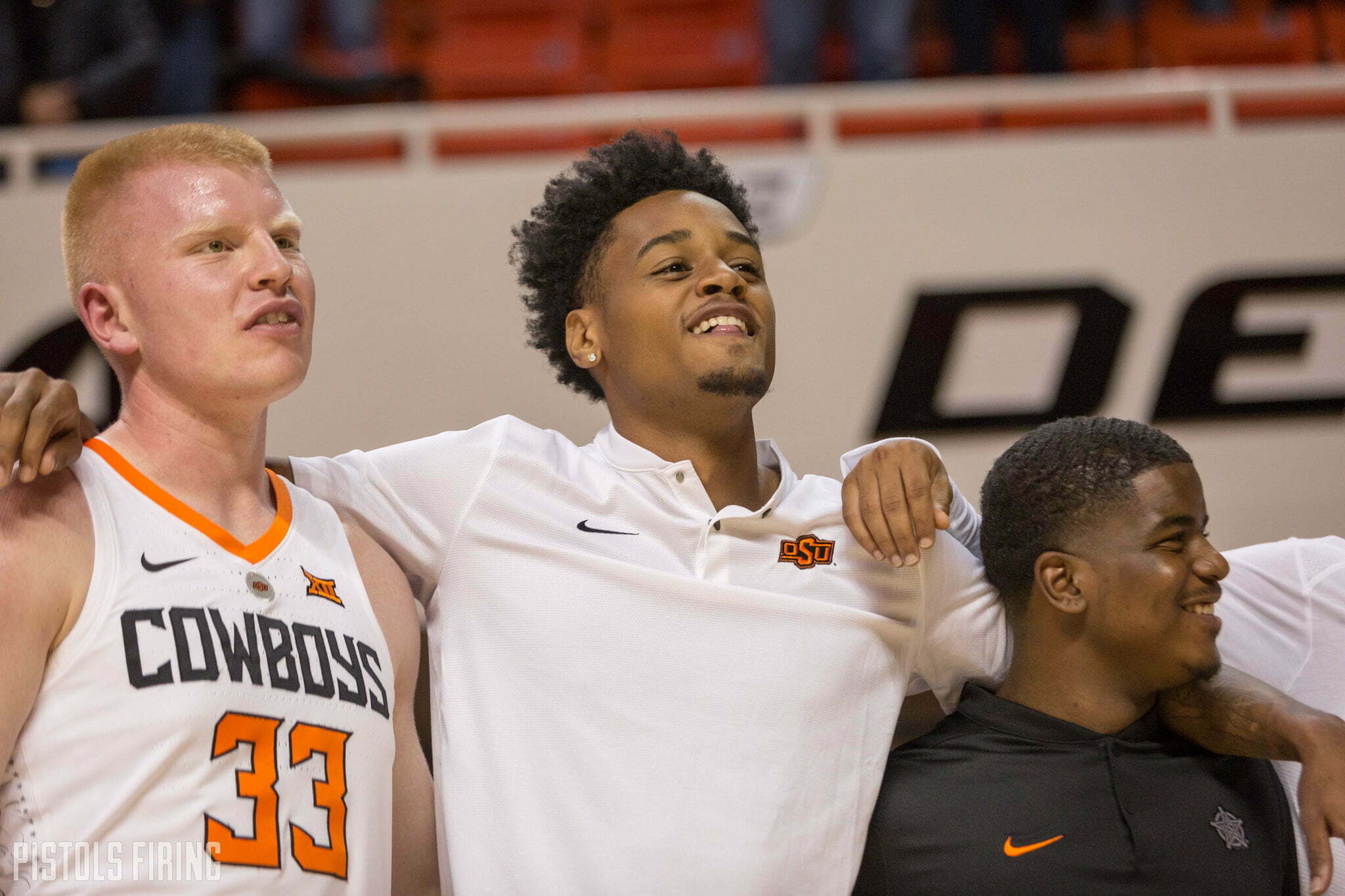 According to 247Sports’ Evan Daniels, Jones is transferring from the program. He has course work to be done, but could be leaving as a graduate transfer.

This would make the second transfer and potentially the third landing spot in four years for the rising senior who played two seasons at Indiana before appearing in 23 games for the Cowboys last year.

Jones injected scoring into OSU’s lineup when he became eligible (due to transfer rules) midway through the season. In his second game, he scored 23 points against Central Arkansas. He also had big games against West Virginia, Baylor and Kansas (including a team-leading 19 points on nine field goal attempts against the Jayhawks in Stillwater).

But Jones failed to contribute consistently on offense throughout the season and never even logged a start for the depleted Cowboys. He did finish the season strong averaging 9.8 points, 3.7 rebounds, 1.2 assists while shooting 41.7 percent from the field in his final games.

This departure would mean that OSU has two open scholarships for 2019-20 as things sit currently.