Read this, right now. (The Patriot-News)

Jason McIntyre has Le’Bryan as the 21st best player in the country. (The Big Lead)

Quotes from the players and coaches on the upcoming game against Tech. (okstate.com)

Weeden climbs to #3 in the CBS Heisman power rankings. How does somebody still have Rob Grif Tres at #3? (CBS Sports)

Great notebook here from John Helsley: the combined defenses of OSU and Tech total 218, Richetti with gold, and Gundy with this classic quote – “I can promise you, if we were at Midwest City, there would not have been one second left.” (NewsOK)

Berry Tramel on how important the fans have been this year. (NewsOK)

My second favorite radio guy interviews my favorite quarterback. I love that he doesn’t avoid the national title question.(ESPN)

Five Big 12 players on the preseason Naismith watch list, Le’Bryan isn’t one of them. (Big 12 Sports)

Ubben reviews the K-State game and talks about OSU being in the national title hunt. (ESPN)

Rivals has Weeden as the 4th best QB in college football. (Rivals)

Your “let’s all get riled up” post of the day from Geoff Ketchum : “they are questionable on defense and have a quarterback that’s a total system guy, who is surrounded by great skill talent and coaching, but can play down as the competition plays up. If you look at their season, the best wins they have are against Texas, Texas A&M and Kansas State. You’ll have to forgive me if I’m not hugely impressed. Justin Blackman is a beast, but Oklahoma State is still Oklahoma State.” Mix in a spell check there on the best WR in the country, big guy. (OrangeBloods)

Tennessee used a kicker who was hanging out at his frat house an hour before the game. This is hilarious. (GoVols)

If you haven’t seen Baylor’s new stadium renderings, you need to take a look. (Baylorbears.com)

An Oklahoma State office in Tipton, OK was destroyed by a tornado yesterday. (O’Colly) 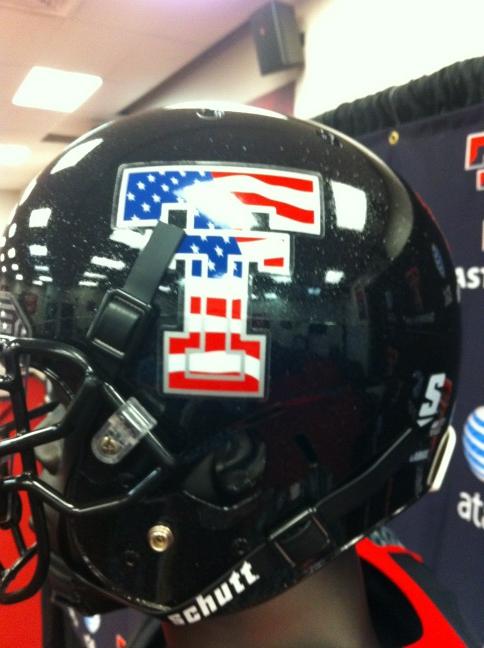 Hilarious look at Weeden from his freshman year. Get some bigger pads there, B-Weed. Also, to whoever was interviewing him, don’t ask “how fast was your fastest ball?” That’s terrible.