Here are the bios of the three hoops recruits TFord bagged yesterday. (ESPN)

And Anthony Slater has a great writeup on them with some strong quotes from Ford. (O’Colly)

Speaking of Slater, he and I exchanged a few emails after the K-State game about what OSU’s record would be with Clint Chelf at the helm, what we expect for the postseason, and Todd Monken riding Daytawion Lowe’s horse. (O’Colly)

Michigan goes to Iowa and loses, Jerry Palm still has them in the Fiesta Bowl and OSU left out of the BCS completely. (CBS Sports)

The comp for this weekend is so that ’07 OU game in Lubbock [thanking the television gods for putting OSU at 11 AM]. (ESPN)

Justin Blackmon is #7 on Todd McShay’s new big board. I have no idea why I even still link to this guy. (ESPN Insider)

The spiritual and emotional leader of this year’s squad. (NewsOK)

It’s impossible to keep up with, but here are all the awards OSU players are up for or have already won this year. (okstate.com)

What is Johnny Deaton up to? (NewsOK)

I didn’t know if Berry was ever going to get there but he nailed it with the last line. (NewsOK)

Nobody in the Big 12 has one kickoff return for a TD. (ESPN)

Here are the big hoops recruits still out there after early signing day yesterday. OSU chasing a pair. (CBS Sports)

Joe Lunardi with no OSU love in his first bracketology. (ESPN)

SI has some though. (Sports Illustrated)

Gundy makes an appearance on the Triangle power rankings. (Grantland)

Are you one of these people? (Small Biz Trends) 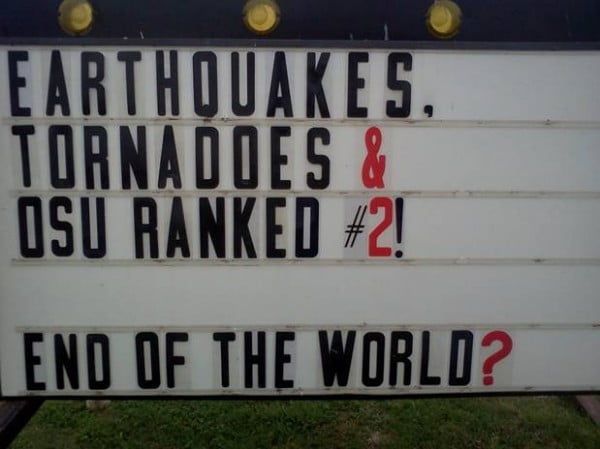