Olin Buchanan wonders how Weeden could not be the Heisman favorite right now. (Rivals)

Matt Hinton takes us through the BCS scenarios the rest of the way. (Dr. Saturday)

Great work by my boys from the O’Colly, and great picture of Weeden. (O’Colly)

“Oklahoma State didn’t win as much as it destroyed. (CBS Sports)

The cheapest Bedlam ticket on StubHub right now is $225, and that ain’t going down. (StubHub)

Holder is still not wavering on his “you have to buy a season ticket to attend Bedlam” policy. (O’Colly)

Intriguing quote from Monken on Josh Stewart: “I think he’s taken a more serious approach. He’s finally settled into school and that there are girls around and that he has to go to class. That adds to it. (NewsOK)

I like Cezar (all hail, Cezar!) and his defensive attitude. (NewsOK)

Here’s the video of Tech fumbling into its own endzone. (Lost Lettermen)

Betsy Blaney on the pressure ahead. (AP)

Iowa State game notes are up, a must-read every week. (okstate.com)

I think Berry has written the “Cowboys are special” column two or three times this year, but that doesn’t mean it’s not still entertaining. (NewsOK)

This entire season is just like one big statistic, but here are a few more. (NewsOK)

Not positive, but I think this is good:

For whatever reason, this pretty much sums up the year (playing chess in the Lubbock airport)… 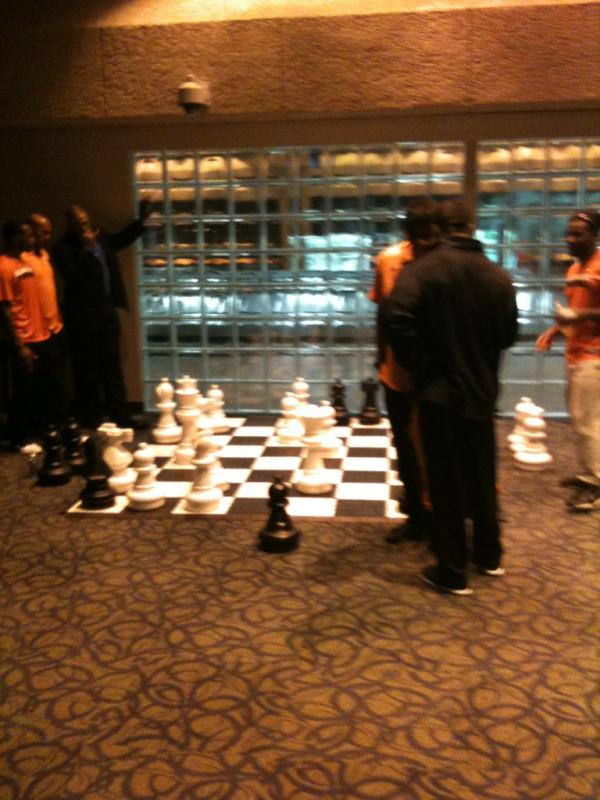