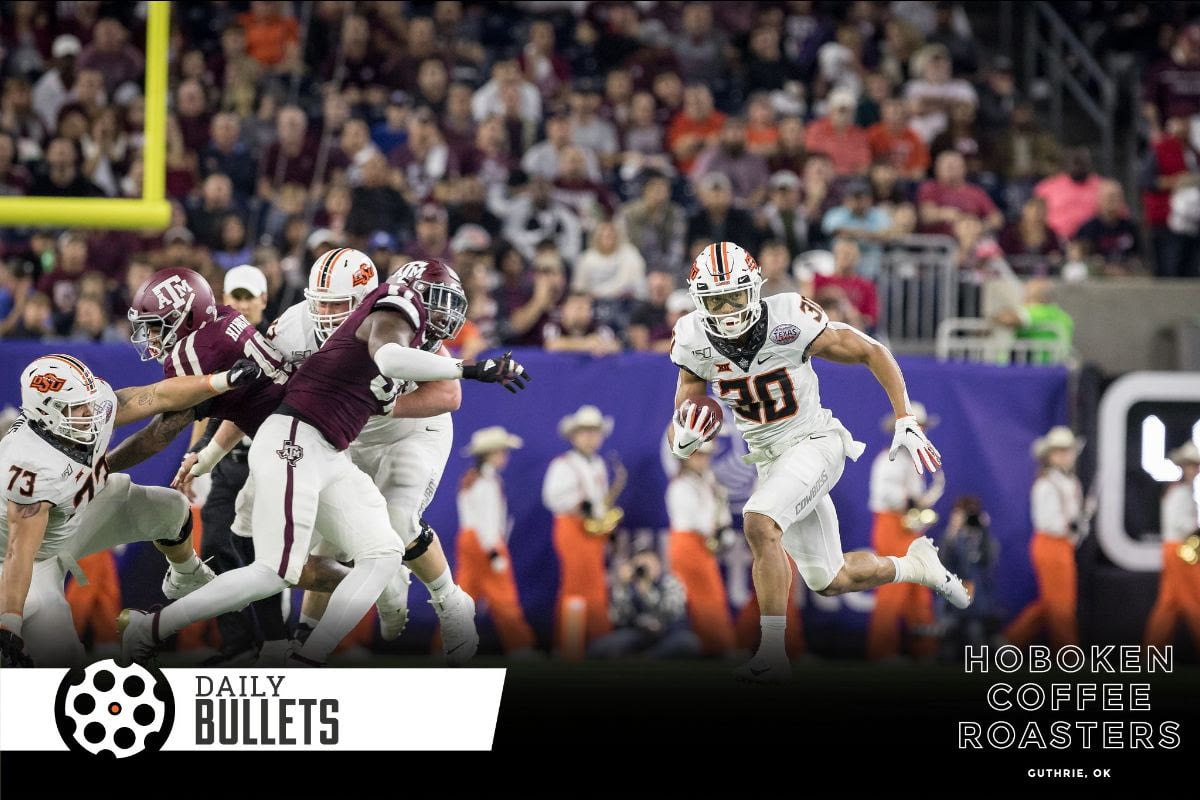 All of the Canadian flags.

• As we wait for Chuba Hubbard to make his decision (it’s close, right?) here’s some perspective on how this trio running it back would be perceived nationally.

(Tylan) Wallace’s return means that Oklahoma State could continue to have one of the most dangerous trios not only in the Big 12 but the entire country next season. Spencer Sanders had a strong freshman season at quarterback and running back Chuba Hubbard finished his redshirt sophomore campaign with 2,094 yards rushing and 21 touchdowns.

If all three are back for another go-round in the Big 12 in 2020 it will be a happy new year, indeed. [CBS Sports]

It’s just a completely different tenor around the program at that point. It doesn’t matter how unproven or conservative a coaching staff is – those three horses win you ball games paired with that defense.

• Mike Boynton had some insightful thoughts on the importance of Isaac Likekele this week.

“He’s just a kid who is completely committed to this program, this team, his teammates and having success,” Cowboys coach Mike Boynton said after Sunday’s game. “While he was out, even though he couldn’t come by at practice, he was still asking for practice film and game film so that when he could speak to them, he could speak from a pretty intellectually honest place and being able to give them sound advice.

“That type of commitment and care for his teammates makes him the type of leader he is.” [TulsaWorld]

Is Likekele the closest to Marcus Smart that OSU has had on the roster… maybe ever? Intangibles, two-way player, point guard.

• This comment properly framed the importance of Kolby Harvell-Peel for the Cowboy defense:

(Chuba) Hubbard is the obvious Cowboy here (as breakout player of the year), but note that safety Kolby Harvell-Peel solidified the defense as much as Hubbard did the offense. [TulsaWorld]

• Bill Self insists he’s not going to the Spurs (but his biggest argument was that he hasn’t discussed it with his lifelong friend, the GM)

• Set aside losing the bowl game and Gundy’s having a terrific post-season.

• The best morning routine is a standardized one
• Kind of nerdy but interesting to read about the top business transformations of the decade (HBR)
• Great (old) faith-based post on building habits not resolution – while we’re here, I liked this quote on goals:

Your goal is your desired outcome. Your system is the collection of daily habits that will get you there.

Inversely – videos like this will continue to slow me down in 2020:

Best trick shot of the decade for sure (Via @gm__golf) pic.twitter.com/JG3vpkw1ZC