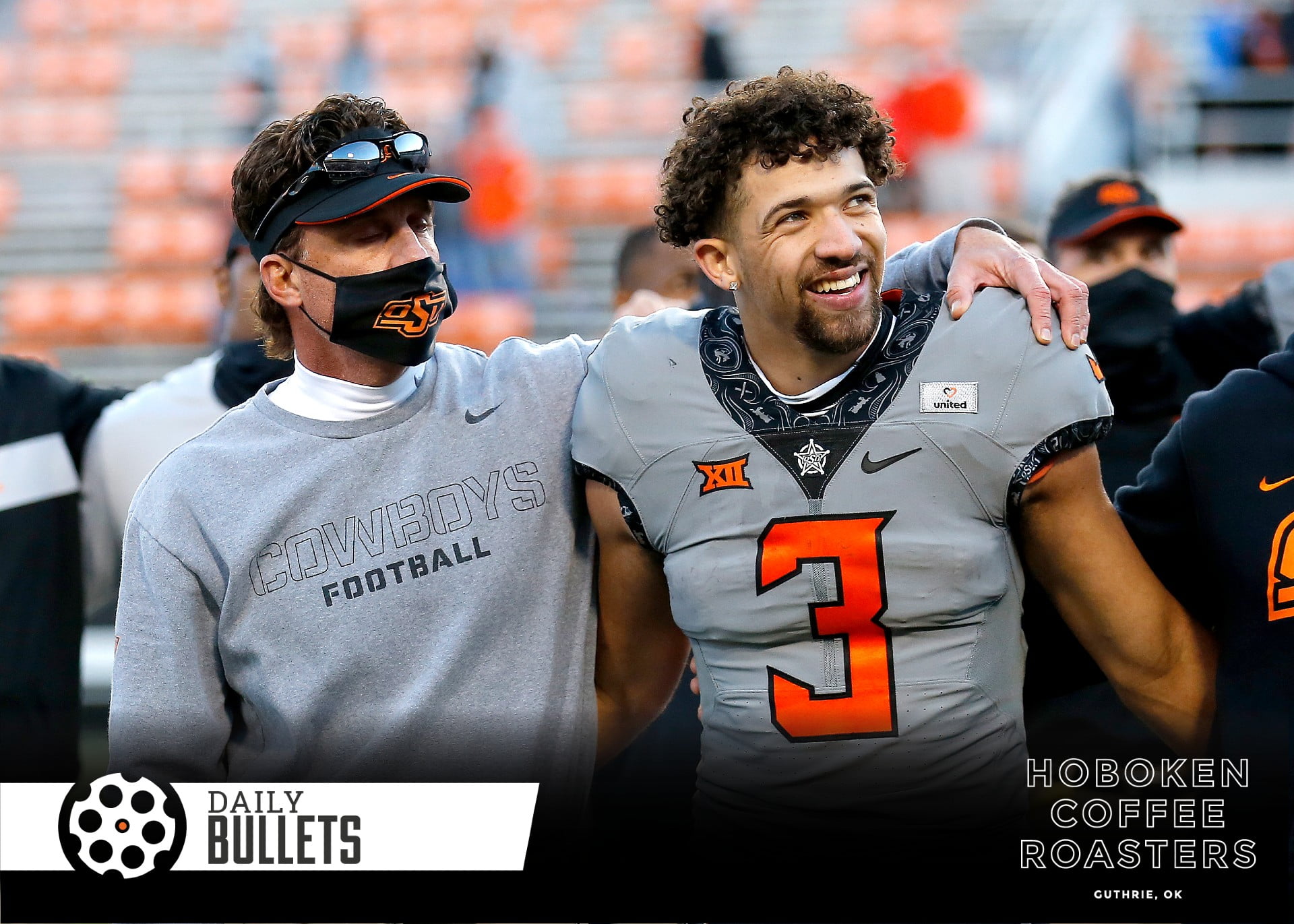 • This Big 12 head coach ranking has Matt Campbell ahead of Mike Gundy – I disagree with that sentiment.

You can make the pick on trajectory but being able to take a terrible team to good doesn’t make you better than somebody who’s done it over 11 more years at this level… Ask Nebraska about how Mike Riley scaled from Oregon State.

• Matthew Wolff dropped out of the British Open for undisclosed reasons

• Cade was the most “clutch” guy in the country last year:

Kind of an interesting comment from Malcolm Gladwell on the 10,000 hour rule from a recent interview:

I believe what I have always believed, that true expertise in any cognitively complex field requires a lot of preparation. Far more than we imagine. Does that preparation always take 10,000 hours? Of course not. That number is more metaphor than prescription.