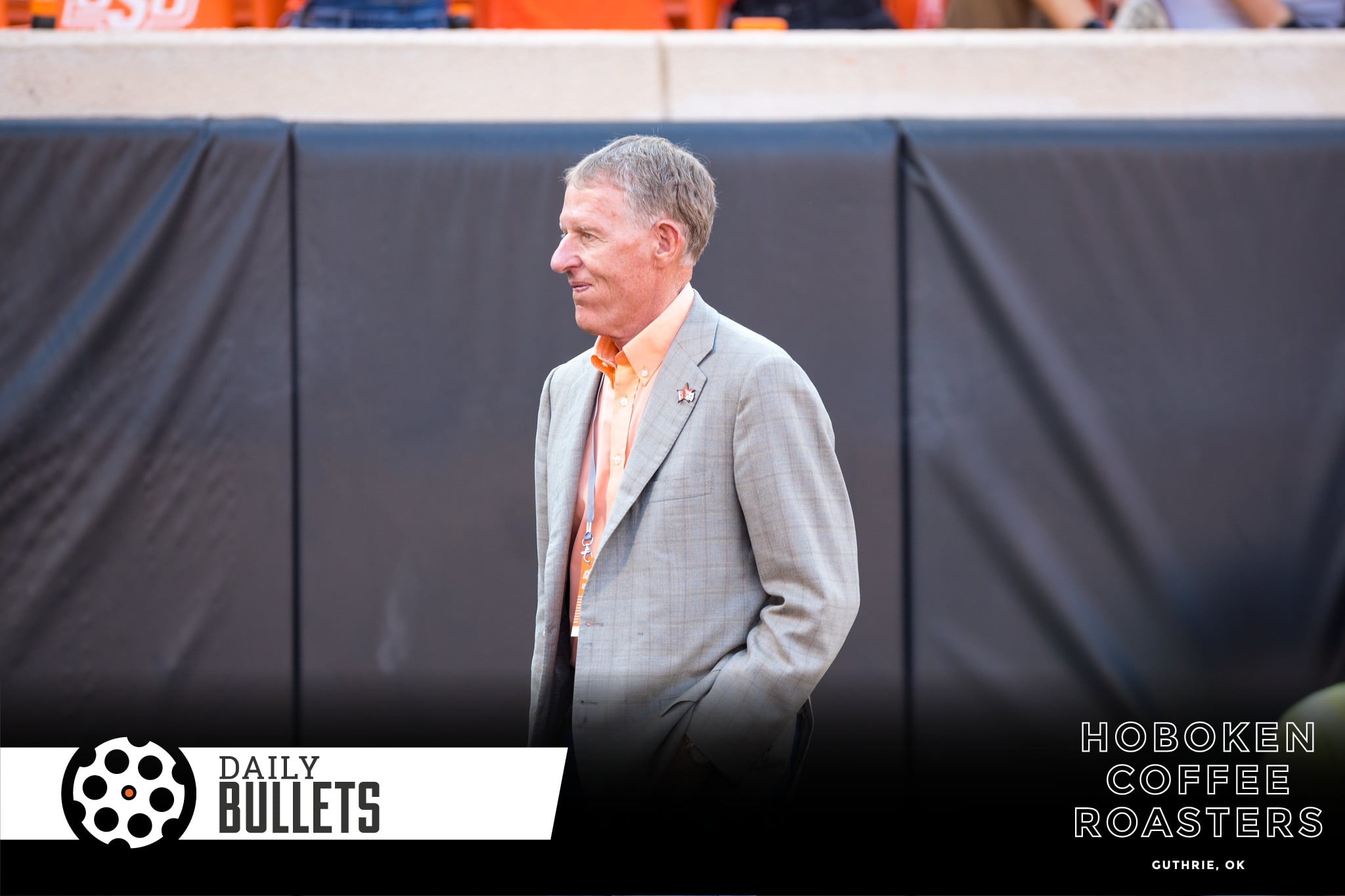 • Just because Chad Weiberg had his first day on the job as athletic director yesterday, don’t be mistaken – Mike Holder is still very much present and working in Stillwater.

• One of the big “if’s” for OSU’s high aspirations this fall are tied to this aspect of the game:

If … the red zone is friendlier. In goal-to-go situations, OSU scored touchdowns 64% of the time (107th in FBS) and allowed them 73% of the time (46th). That has to flip significantly.

• This Mike Holder origin story by Berry Tramel was great

• This is pretty cool – you can watch where a raindrop ends up
• Perfect number of hours to work every day? Less than you think. I’ll take any “millennial” jokes off the air.
• Blow it up Clips, blow it up!

“We need to redefine “hard work” to include “hard thinking.

Usually, the hardest work is thinking of a better way to do it.”