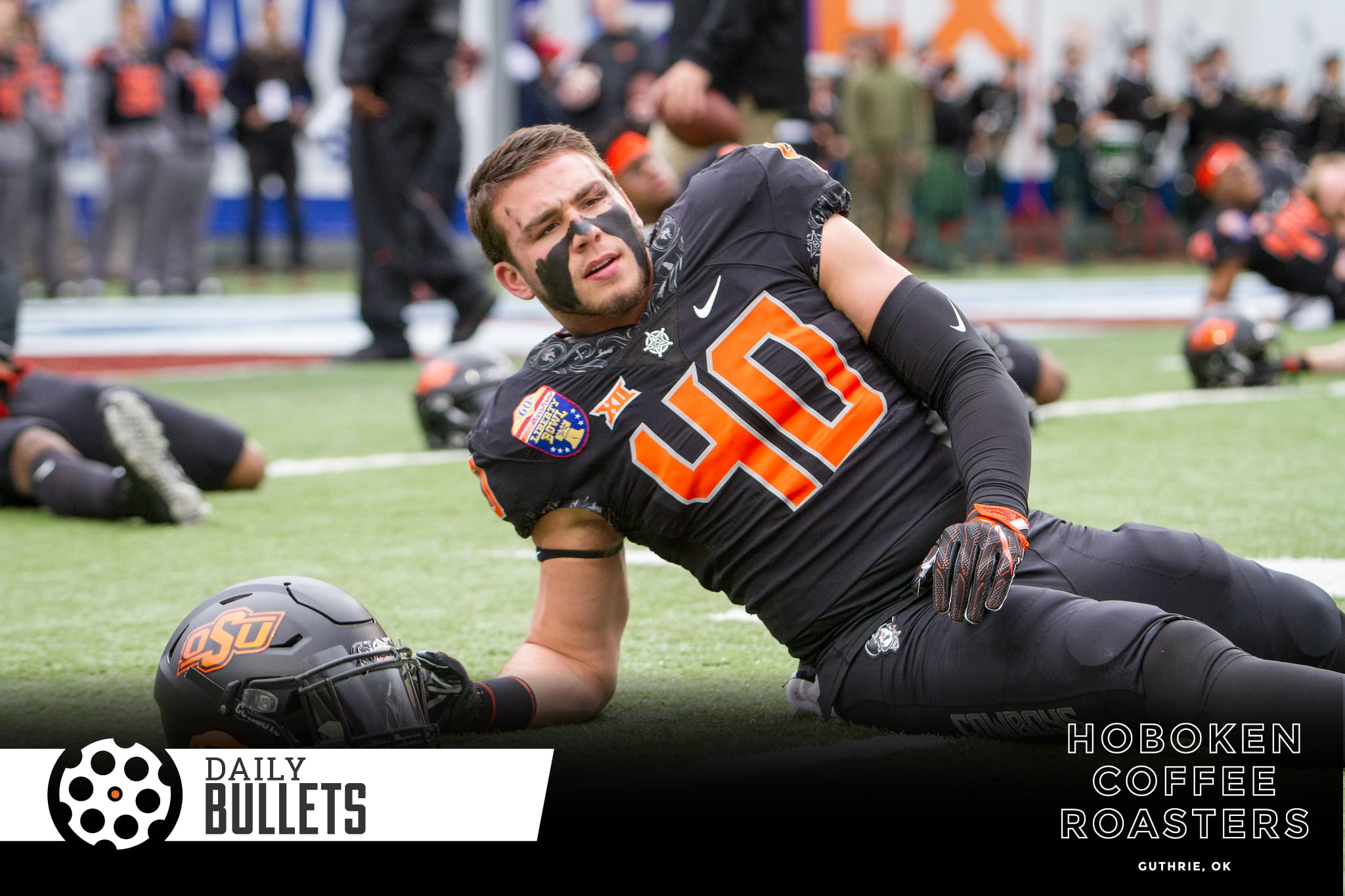 We’re all disappointed OSU Basketball is done for the year but hey, we won’t be any more disappointed going into Selection Sunday.

• Jenni Carlson asked the right questions to Sean Gleeson and drew out the appeal for an offensive coordinator coming to Oklahoma State.

Gleeson admits he’s got tons of work to do this spring. Truth be told, he might be the Cowboy who has the most to learn in these next few weeks. Cowboy coach Mike Gundy has long made it clear he intends to keep running the Air Raid until further notice. New coaches have to learn the OSU system, not the other way around.

Why become an offensive coordinator if you can’t do your own thing?

But Gleeson didn’t shy from this opportunity.

“There’s a lot of learning going on, but it’s invited,” he said. “Why you would take a job like this framed the way it is is because you’re going to get a chance to learn.

“Coach Gundy obviously knows what the stencil is for successful football here.” [NewsOK]

With all due respect to the master receivers coach Kasey Dunn, it sounds like the OC gig and the greater exposure to the “stencil” Gleeson refers to is where it’s at. Having the title that at minimum implies you’re making decisions under Gundy’s tutelage is what draws from all over.

• If you’re looking for optimism on the defensive line, staring at the ends may get you somewhere.

“I think we can be dynamic with Brock Martin and Mike Scott kind of taking over for Jordan (Brailford),” Knowles said. “I think those two guys together will be dynamic, and (we have) a lot of good young players coming up inside, but they’re going to have to prove themselves.”

Martin and Scott offer optimism on the edge. Scott, a former juco transfer, made plays at key times a year ago and has an explosiveness about him. Martin got on the field at a crowded position as a redshirt freshman and played well. [GoPokes]

• As Mike Boynton looks to dish out his last couple of available scholarships, OSU appears to have a good lead on 2019 forward Christian Brown.

The Cowboys sure have, but I would be surprised if Brown were to commit anytime soon. He has taken official visits to Clemson, Georgia and Oklahoma State this school year and last summer he visited UNLV. It looks as if none of these programs – except Oklahoma State – are still involved, which should bring great optimism to the Cowboys’ fanbase. [Rivals]

• This week in scandals around sports: the wealthy found a backdoor into elite colleges through sports and KU basketball and football are being investigated by the NCAA.