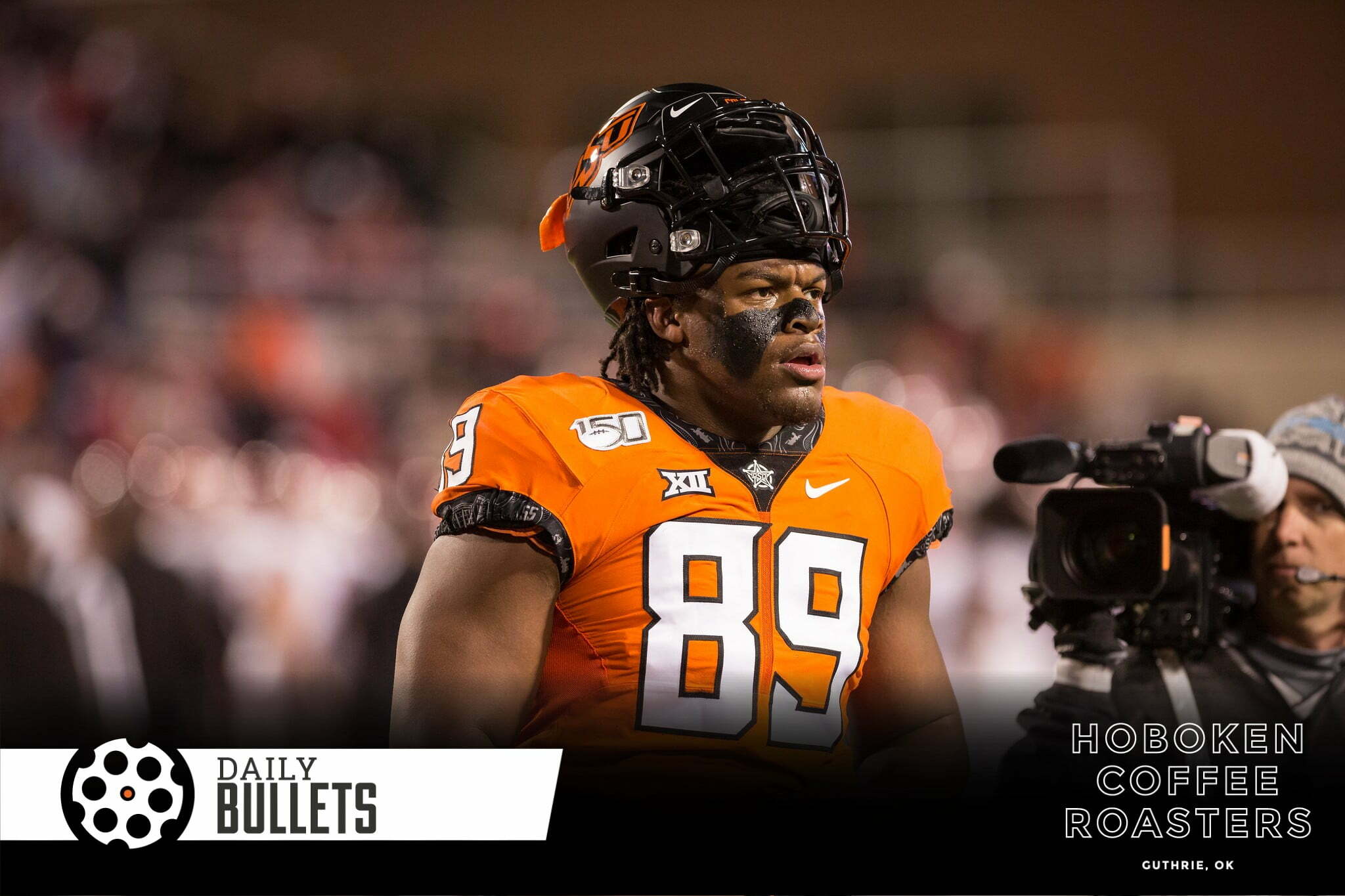 Oklahoma State blanked Texas Tech in Lubbock. No team has down that in 34 years. The Cowboys punched their ticket to the Big 12 Championship game, which they’ve never been to. And, if Baylor gets the best of the Red Raiders in Waco, the Cowboys will have a chance to #Beatou at home to box the Sooners out of said title game.

• Marshall Scott’s 10 Thoughts are required reading. If you haven’t already, dive in. [PFB]

• Guerin Emig on OSU’s defense and its prospects in Arlington:

They’ll play either Oklahoma or Baylor Dec. 4 at AT&T Stadium in Arlington, Texas. I’m not sure the opponent matters based on an OSU defense that treats offenses, opposing quarterbacks in particular, like a steamroller treats grapes. [Tulsa World]

• Tech brought the tortillas, OSU is going for the whole enchilada, says Jenni Carlson. [The Oklahoman]

• The Cowboys wrestling team is 2-0 so far after taking down No. 11 Minnesota in Minneapolis on Saturday. [PFB]

• Could our moon sustain human life? [The Conversation]