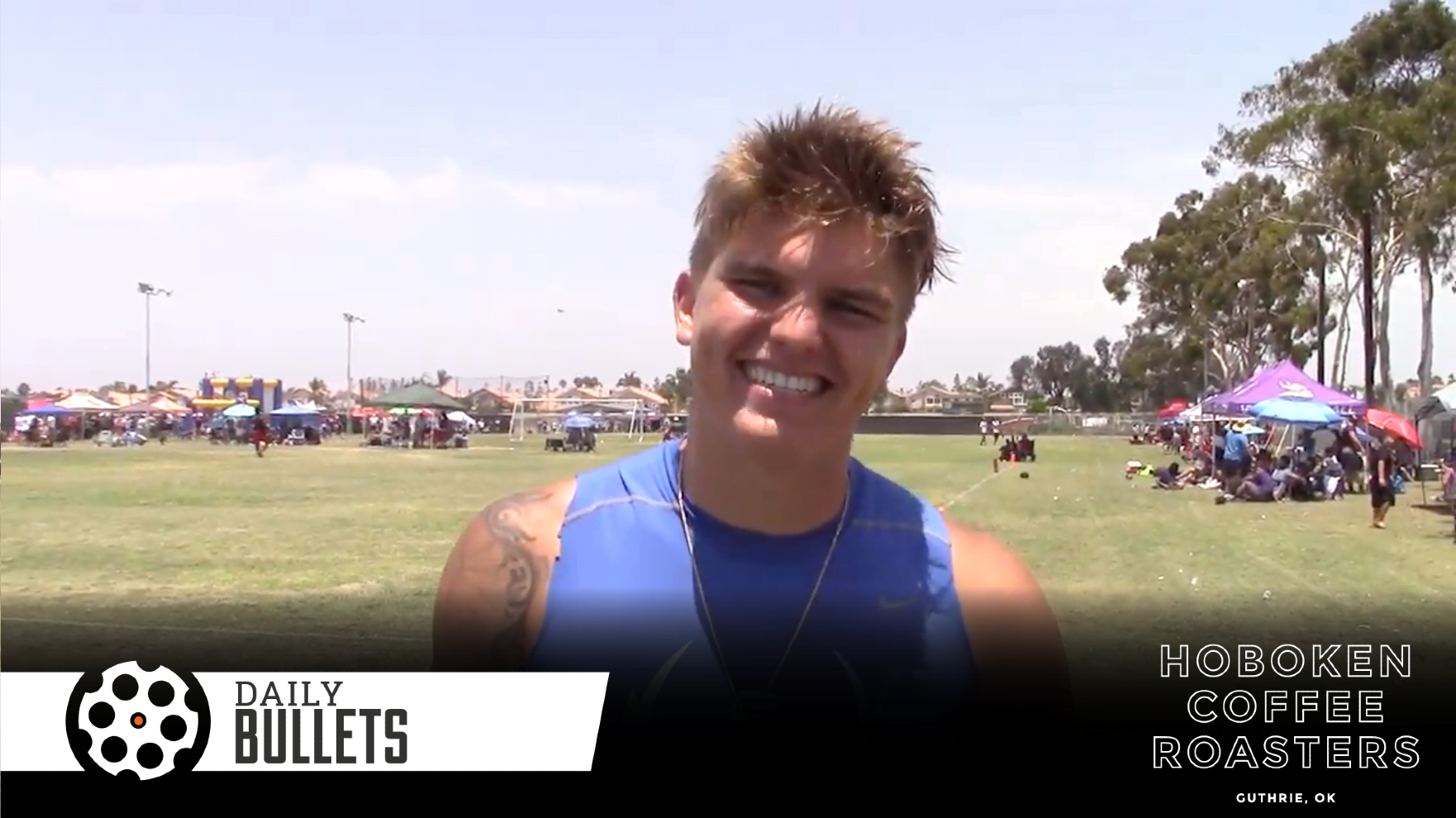 A phrase that needs to die forever: Texas is (or is not!) back.

• I haven’t been on the “Illingworth gonna challenge Sanders in Year 1” train, but I understand why folks would be on it. Jenni Carlson went deep on Illingworth for the Oklahoman this weekend, and it was good.

When Illingworth goes looking for comparisons for his game, he even lands on a Cowboy, Mason Rudolph.

“Obviously, he’s his own player and we have our own different traits,” Illingworth said, “but as far as deep-ball accuracy and deep-ball mentality, I think we both want the home run.” [Oklahoman]

• How LD gets more carries …

“He’s chopping his feet and looking around,” Gundy said last month. “He needs to run. That’s his strength, he’s fast. LD is chopping a little bit; he needs to run. He should be performing better than he is, and I think he will. He’s just a little unsure right now. We need him to stick his foot in the ground and go north.”

Do we agree? I don’t know that it matters. It’s less about what Brown can do and more about what Chuba can’t (that is, carry it 35 times a game for six more conference games).

• When going for two is the right call.

This wasn’t a usual two-point situation. Most teams would kick an extra point and work toward tying the game and forcing overtime. The Hurricanes scored a touchdown and the two-point conversion to cut their deficit to six. With one more touchdown, they could take the lead and perhaps win on an extra point, exactly what Diaz wanted.

The past two weeks of college football have provided a glimpse into the next stage of analytical football: Two-point conversions in seemingly unusual situations and the idea of maximizing possessions and winning in regulation. [The Athletic]

That was a really interesting read that’s backed up by #math.

It's simple math guys, but still shocked Shumur did it. Other teams must have studied it after Pederson finally did it a couple weeks ago https://t.co/JsdzJumHdq pic.twitter.com/nVTj6Fy0eL

• It was a weekend of stories on OSU commits.

There is no better way to describe the start of Bixby star receiver Brennan Presley’s senior season. Highlight-reel catches that make ESPN. Jaw-dropping numbers. Just past the midway point of the state’s high school football season, Presley has put on a complete show. He’s proven to be perhaps the steal of Oklahoma State’s 2020 recruiting class.

“I’m biased of course, but I think that he’s the best player in the state,” Montgomery said. “ At least that I’ve seen. He’s continued to do it each year. He’s a great player.” [Oklahoman]

• Do you believe in Alex Grinch?

• Here’s our official Cade Cunningham thread in The Chamber. If you haven’t signed up for PFB+, use the code BULLETS19 this morning on our yearly plan for half off.

• This is the good stuff.

My new favorite pastime is searching for official accounts of teams that lifelessly post losing scores at halftime or after the game and reading the responses. Tremendous content.

• Sure, yes, they gave up more to Texas than OSU did.

The LSU defense has AWOKEN!

• This on Jrue Holliday was really good.

• I enjoyed this Russillo-SVP pod.

• I love that we’re debating whether a sub-2 hour marathon is legit.