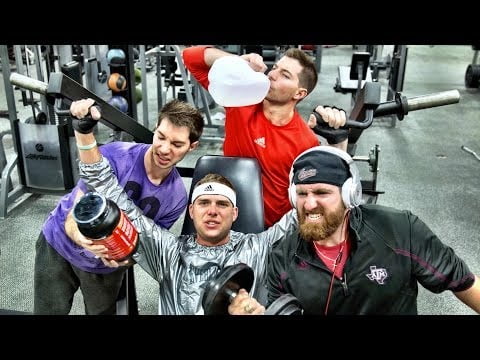 Kansas has the seventh-best record in the Big 12. (Big 12 Sports)

OSU is tumbling in the Big 12 power rankings. (Rush the Court)

Inside the K-State box score. (PFB)

I didn’t really have a problem with the Nash three-pointer. (NewsOK)

Berry Tramel thought the Gundy/SI thing was great. I remain on an island and maybe I’m just totally wrong about it. (NewsOK)

What we learned from Big 12 bowl season. Who you got as the favorite next year? (ESPN)

Daytawion Lowe will play in the East-West Shrine game. (NewsOK)

OSU is ranked No. 19 here because “Gundy gets the benefit of the doubt of a top 20 ranking.” That’s correct. (CBS Sports)

This is great, the guys on ESPN2 called the fake punt before it happened. (Big Lead)

This can’t be real, can it? (Deadspin)

On how the New York Times uses Twitter. (Nieman Lab)

This is so great. The gallon of water guy crushed me.

This is awesome, I love these commercials.