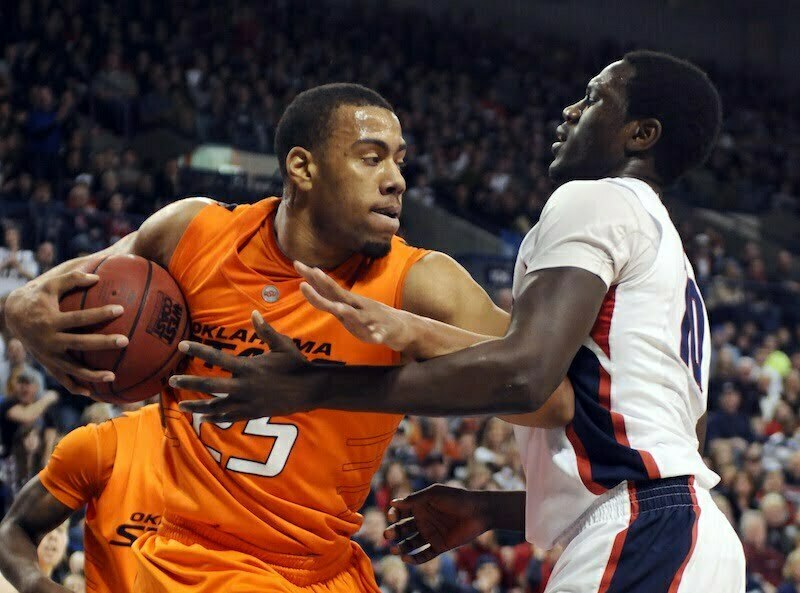 Three things I am not:

1. A lawyer
2. A forensics expert
3. A judicial analyst

Nor will I ever pretend to be any of those things.

But wow, how about these two sentences, one from the Oklahoman’s story and one from Kelly Hines on Darrell Williams being convicted of three of the five charges of rape and sexual battery levied against him…

The defense questioned much of the victim’s story, including the short timeline of events and the lack of physical evidence.

If lie-detector tests were admissible in court, would it have made a difference? Darrell Williams voluntarily took and passed two.#okstate

Strong statements, both. And very difficult to effectively end a man’s free days with both sitting out in the open [1. Again, faraway bystander here, but I also paid attention in school when non qui negat was discussed.].

The problem with that though was that I was looking at it through OSU hoops-colored glasses instead of “this is another human being we’re talking about”-colored ones.

The first tweet I saw about it was, well, staggering. I felt like I’d been delivered a blow to the stomach, not because I cared about the fact that an Oklahoma State basketball player was guilty of a crime but because I cared that a person I had cheered for and read about was about to be put away in prison.

There will be fallout, both on and off the team, for months (maybe years?) to come over what 12 Stillwater residents decided tonight, and the truth is that nobody wins. I mean nobody[2. On that note, quite the day to be a college sports fan living in Stillwater, OK, huh? And I don’t mean in a “wow, John Lucas just hit a sick three to send us to the Final Four” kind of way either].

A friend of mine, whom I had just spent three hours with talking OSU and life over beers, sent me a four-word text on my way home tonight that I felt summed up this landmark night in OSU history…