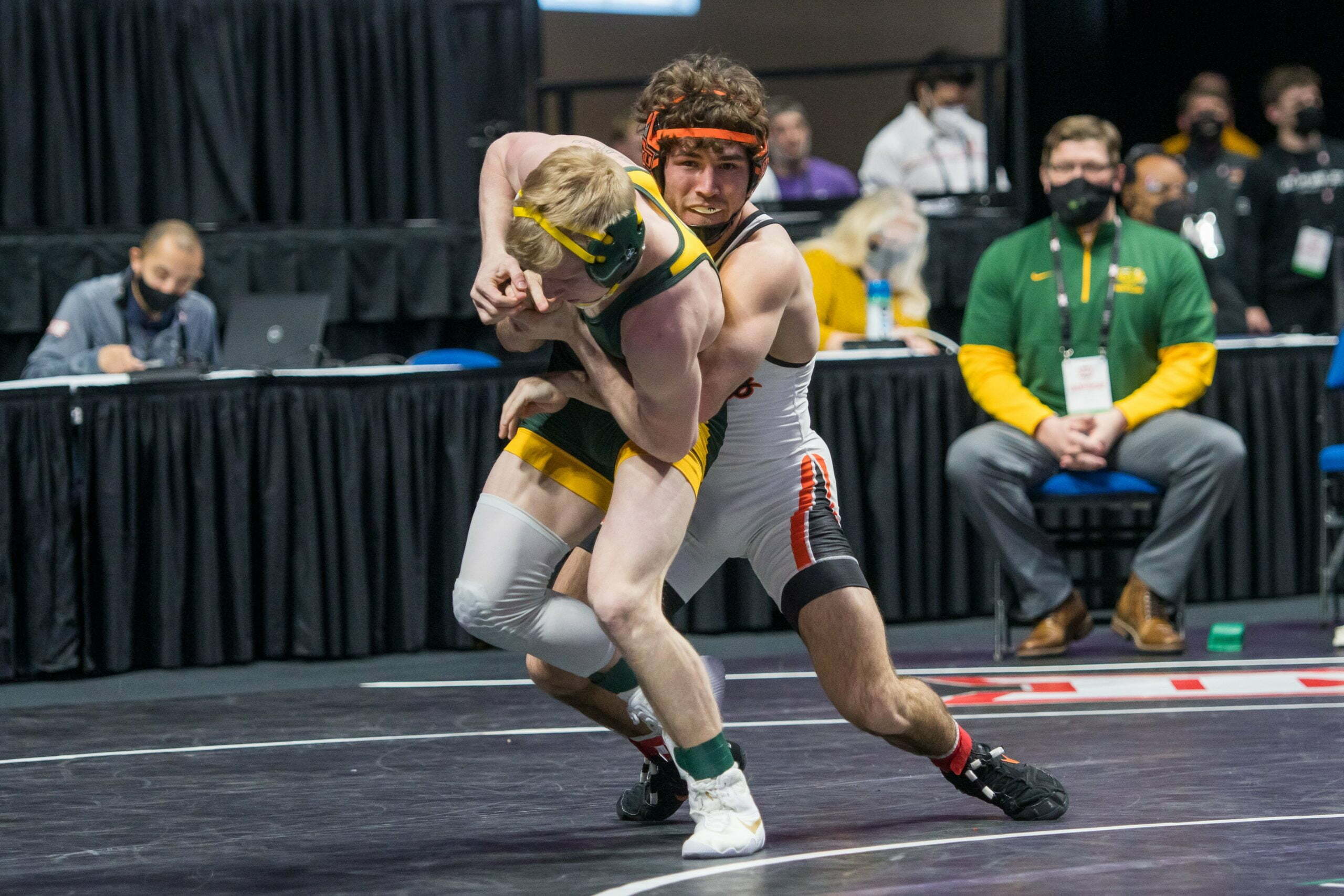 The 2021 Wrestling World Team Trials took place this weekend and Daton Fix entered the 61 KG bracket as the No. 4 seed. Fix has traditionally been at 57 KG, but after rival Thomas Gilman won a bronze medal at the Olympics, he accepted his option to get an automatic bid at the 57 KG spot moving Fix up to 61.

Fix used two pushouts and some stingy defense to beat Graff 2-0 and enter the finals against Nathan Tomasello. Tomasello currently trains at the OU RTC and upset Joe Colon and Nick Suriano to make the finals.

The finals was a best of three series, in which Fix only needed two matches to take the series. Fix beat Tomasello 8-3 then 7-0 to make his second world team.

Fix will now go on to represent Team USA at the 2021 World Championships in Oslo, Norway, Oct. 2-10.

Dieringer finished the highest of this group as the runner-up at 79 KG falling to five time Olympic/World Champion Jordan Burroughs.