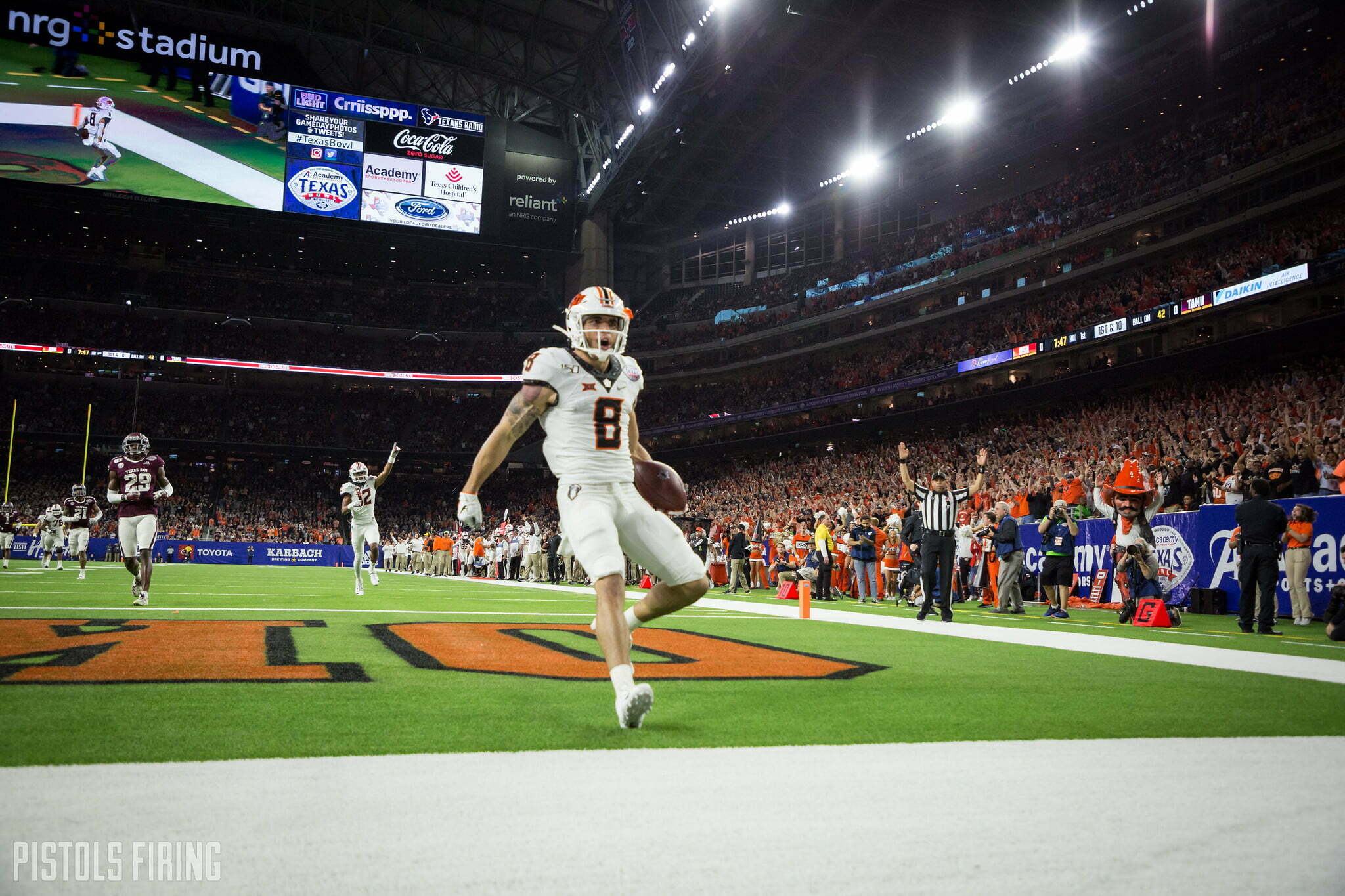 The Cowboys are a day into fall camp, and there is already a position battle being had: Braydon Johnson vs. Dee Anderson.

Johnson had a breakout sophomore season in 2019, finishing third on the team in receiving with 491 yards and four touchdowns. In the Texas Bowl, Johnson had five receptions for 124 yards and two touchdowns.

A 6-foot-6, 229-pound LSU transfer, Anderson didn’t play for the national champion Tigers in 2019 after being suspended all last season. A former four-star recruit out of DeSoto, Anderson finished his LSU career with 27 catches for 392 yards and one touchdown. He came to OSU this offseason as a grad transfer.

“Dee is definitely going to make an impact this year,” Dunn said. “Braydon and Dee are competing for that X spot right now. Tylan [Wallace] is shoring up that Z, and Dillon [Stoner] is inside along with Landon [Wolf]. I feel really good with where we are as a receiving corps right now. Those guys have been fantastic.”

There were question marks surrounding Anderson’s suspension at LSU. Ed Orgeron said it was conditioning-related. Whatever happened doesn’t seem to have carried over to Stillwater with how Dunn is talking about his new towering weapon.

“Dee has been unbelievable working himself into the fabric of what we do here at Oklahoma State,” Dunn said. “The young guys, too. It’s a great young group of receivers for us. They’re just good dudes.”

It’s likely Johnson and Anderson will both make an impact on OSU’s 2020 team. It will be a much tougher task for the Cowboys’ young pass-catchers to break through this season.

OSU has four true freshman receivers on its roster: Brennan Presley, Zach Middleton, Rashod Owens and Matt Polk. When asked about the dynamic Presley, Dunn was quick to praise, but it didn’t sound like the former Bixby product will step in right away.

“Brennan is obviously a special player,” Dunn said. “He’s going to be a very good player for Oklahoma State for a long time, but he’s gotta wait his turn. It’s gonna be pretty hard to unseat Dillon.”

Injury was the only thing that could unseat Tylan Wallace last season. After suffering an ACL tear in practice last season, Wallace returns for his senior season as the position groups uncontested star.

Here is what Dunn said about Wallace’s first practice of the fall.

“He looks good,” Dunn said. “He moved around well today. We’re getting him out there and trying to protect him as much as we possibly can and get him confident on that leg and on that knee. But after practice, it looks and sounded like he felt pretty good. Very encouraging there, and I’m excited, obviously, to get Tylan back.”