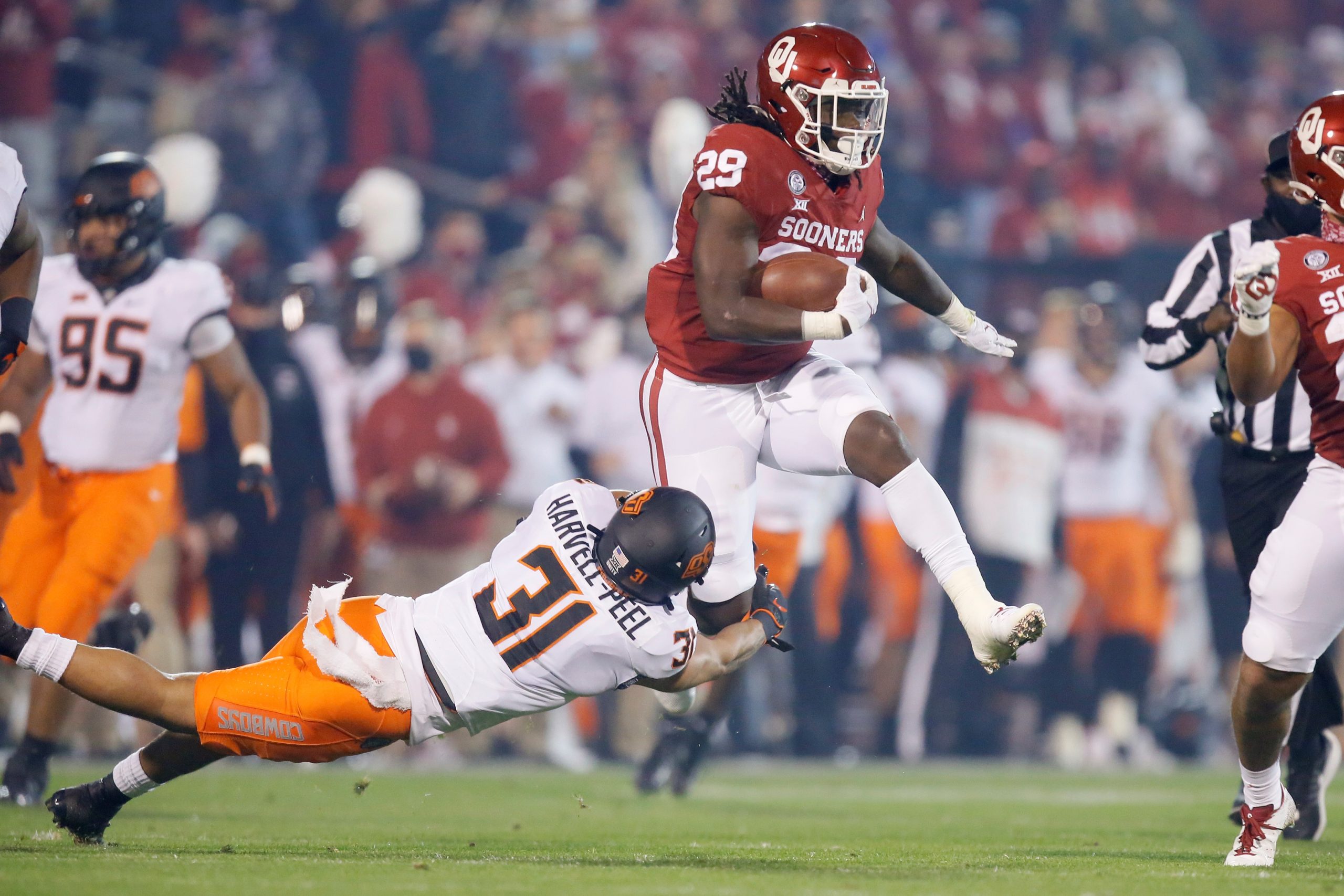 The Cowboys had their worst defensive outing of the season in Bedlam, but their per game stats are still solid.

With the Sooners’ high octane offense out of the way, Oklahoma State’s defense should be able to lower those averages a bit more in games against Texas Tech and Baylor to end the regular season. Let’s take a gander at how OSU’s 2020 defensive stats compare with those of Mike Gundy’s other 15 teams.

This 2020 defense is still right up there with Gundy’s best despite giving up 41 points and 492 total yards against the Sooners.

Before this season, Gundy’s best two defenses came in 2009 and 2013. Let’s look a little more closely at the comparisons with those years.

It’s so tight. The big difference with the 2020 defense and those two are how the Pokes get off the field. In 2009 and 2013, OSU was getting off the field with turnovers, while still being good on third down. In 2020, the Cowboys aren’t creating as many turnovers but are great on third down.

As of now, it’s probably objective to say which defense was the best, but with at least two games to go, OSU’s defense still has the chance to turn an arguably into an inarguably.