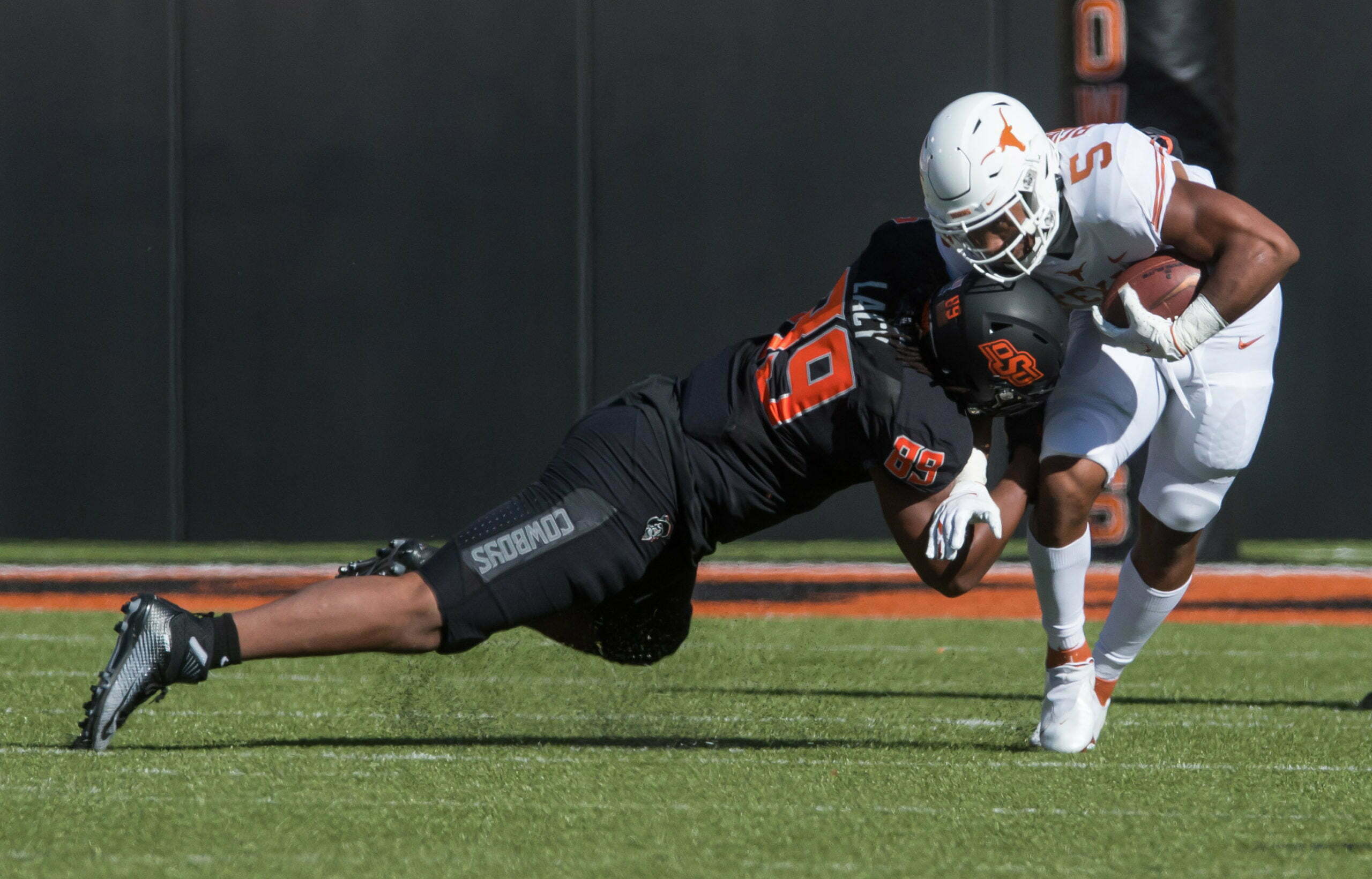 Someone who didn’t watch the Cowboys’ loss to Texas this weekend might look at the final score and call the Pokes’ defense a phony — it isn’t.

Oklahoma State allowed a season high 41 points in its loss to Texas on Halloween, but the Longhorns scored on a kick return and also had a touchdown and two field goals come off OSU turnovers. Three of the Cowboys’ four turnovers gave UT the ball in the red zone.

“It’s not what you want, but when it happens, it happens,” OSU safety Tre Sterling said. “Coach [Jim] Knowles always says, give us an inch, and we’ll defend it. It doesn’t matter what scenario, where the ball is, if there is a play of defense going, we need to be able to stop them no matter what.”

The Cowboys actually outgained Texas 530-287 in total yards in the game.

Through five games, here is where Oklahoma State’s 2020 defense stacks up to the other defenses of the Mike Gundy era in a handful of stats.

The Cowboys continued their ridiculous tear on third downs, holding Texas to just 2-for-15 on the day. It’s also fairly incredible that a team can allow 41 points and still not have over a 20 point per game averaged five games into a season.

It is interesting that this 2020 defense can be leading in points allowed per game, yards allowed per game and third-down conversion percentage while being the worst defense Gundy has had (to this point) at creating turnovers.

Turnovers don’t matter as much when a defense is as solid as OSU’s has been at stopping people from moving forward.

There is an opportunity for OSU’s defense to have a big game against Kansas State this weekend. Without quarterback Skylar Thompson, the Wildcats scored just 10 points against West Virginia last week. K-State had only 225 yards of total offense, a season-low.