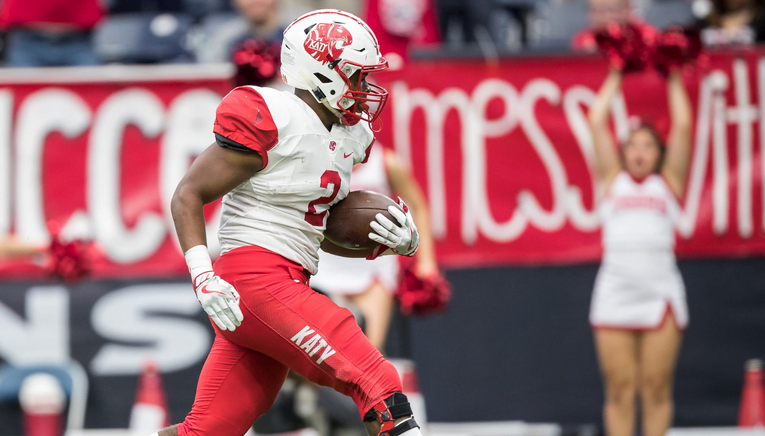 Oklahoma State may have saved its best addition to the 2019 recruiting class for last.

On Monday, four-star running back Deondrick Glass picked the Pokes during the Blue Grey All-American bowl, and instantly became the highest-ranked commitment in a class packed with two other four-stars in Grayson Boomer and Langston Anderson.

He also quickly ascended the ranks of the all-time great recruits at running back to pick Oklahoma State since recruiting rankings were tracked in the pre-aughts. If there is no more movement in the rankings before he signs, which isn’t expected, he becomes the fifth-highest ranked running back in OSU’s history dating back to at least 1999.

Here’s a look at who stands ahead of him at the position, how they performed at OSU, and their final respective rankings.

Glass is also now among the top-25 commitments in program history.

As you can see from both lists below, being highly ranked doesn’t guarantee a star-like impact. Herschel Sims was well on his way to becoming a really good running back, but an incident in which he borrowed money from his friend without his friend’s permission earned him an early dismissal from the team and Mike Gundy.

Devon Thomas was also in line to make an early and sustained impact at Oklahoma State, but he, too, was dismissed.

But Glass’s ceiling is undeniably high, and by all accounts, a star-in-the-making. If he stays focused and keeps his head and pad level down, he has a chance to make an early impact in OSU’s running back room and entrench himself as a building block in OSU’s young-but-exciting offense for years to come.