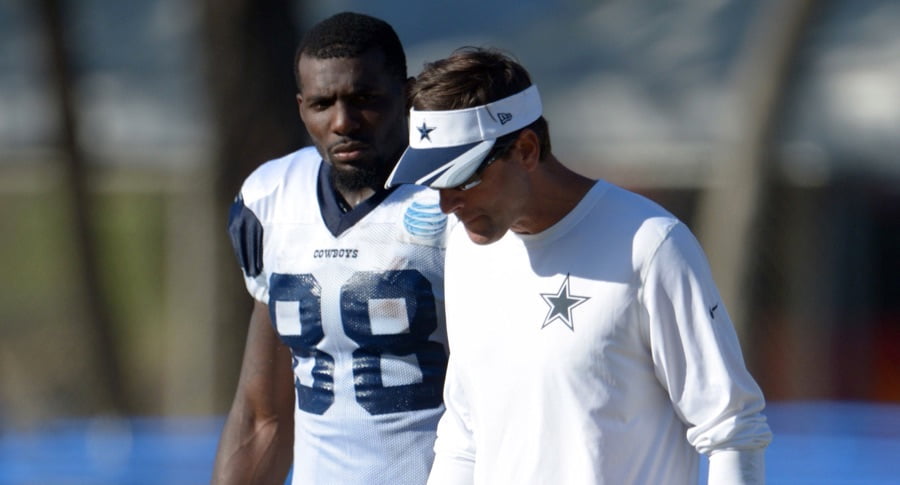 Jean-Jacques Taylor wrote a really good post on Dez Bryant recently. He talked about the turmoil of his sort-of holdout and what his teammates and coaches think about him as a player.

The crown jewel of the post was this equal parts hilarious and awesome quote from Derek Dooley on Dez.

“When he walks into the building, he brings an energy that’s not there. What’s great is I can be sitting in my office but I can feel him in the building,” Dooley said to ESPN.

“He’s five rooms down, but something feels different. I just start hearing this noise coming down the ball, and it just gets me juiced up cause 88 is here.”

There’s nobody who disagrees with that. And he’s right, nobody loves football like Dez loves football. That’s usually a great thing. Maybe not so much when you’re trying to negotiate for bank-breaking contract.