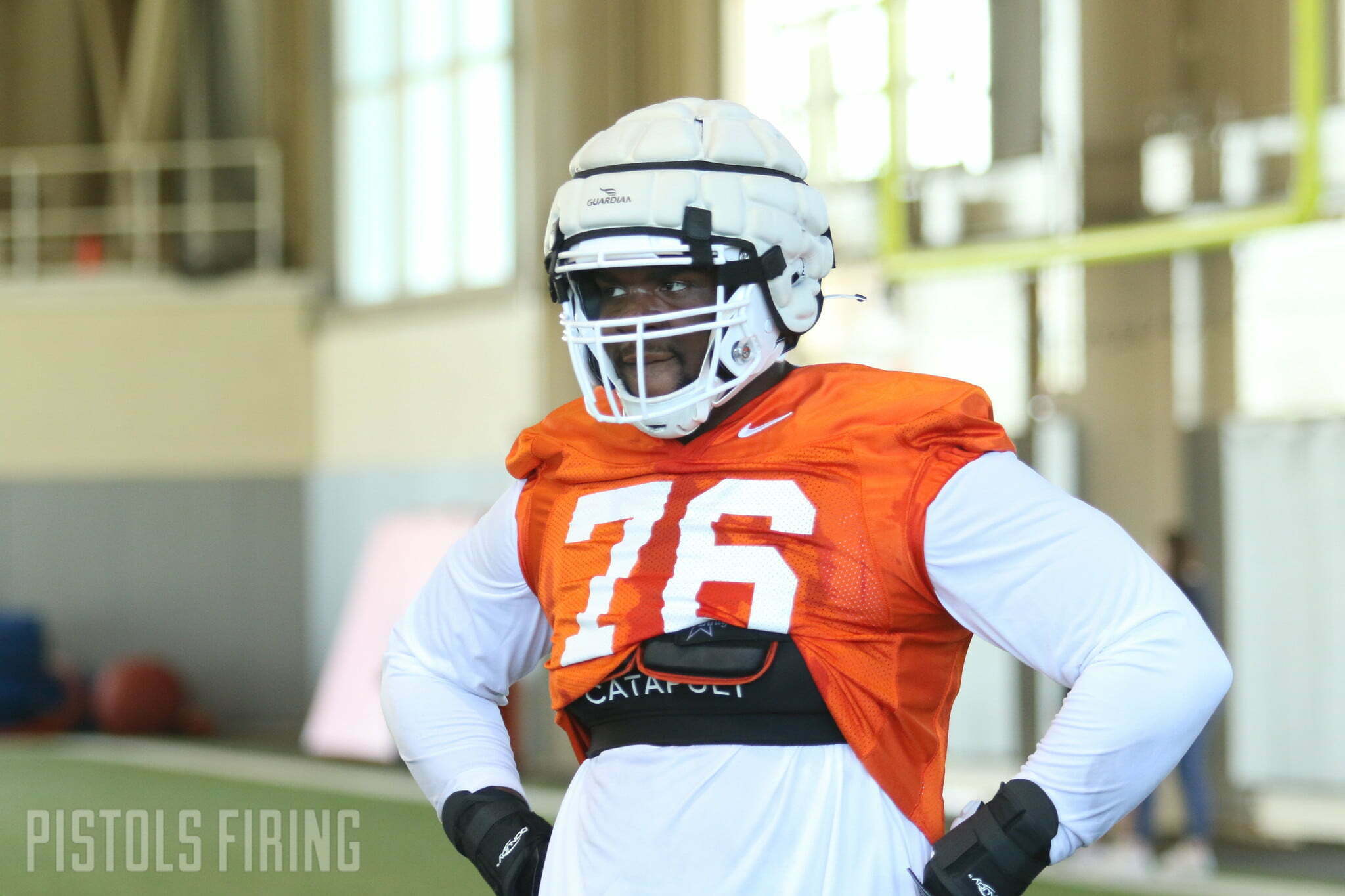 Between exhausted eligibility and the transfer portal, Oklahoma State lost six scholarship offensive linemen before the start of spring ball. Mike Gundy opted out of a traditional spring game because multiple of the big guys expected to start were rehabbing offseason surgeries and injuries.

But now in August, the Cowboys’ OL group appears to be as deep as it’s been in some time. They have some catching up to do, but OSU’s line is in a better spot than it was at this time last season, per Gundy.

“We’ve been very physical the past two practices,” said Gundy at OSU’s Media Day Saturday. “We lost a number of practices for three to five guys that need the physical aspect of the game, so we’re gonna play a little catchup and see where we’re at in about 10 practices and then make a decision about whether we need to push forward with it or back off.”

Although offensive line play has been an under-emphasized driver in success (and disappointment) at Oklahoma State for years, you only need to look at this year’s roster to see how crucial the group will be on Sept. 1 when the Cowboys kick things off against Central Michigan.

Oklahoma State lost Big 12 Newcome of the Year Jaylen Warren to the NFL, the engine that made its offense run, and backup quarterback Shane Illingworth to transfer. That amounts to exactly zero starts returning at quarterback behind Spencer Sanders, and zero starts at running back, period.

Fortunately, Gundy seems confident in the group he has up front, as long as they stay healthy.

“I think there’s seven guys that have enough experience and we feel like they can play that we could play at a really high level and play fast if we choose to that we’re comfortable with,” said Gundy. “I think we have three other guys that are coming along, they’re learning the system, they’re trying to adapt to who we are and what we do.

“They have the skill there. I’ve said this for years, we need three guards, three tackles and two centers to make it through a season and hope that we don’t have to go any further than that when you deal with maturity and experience and toughness. I think we have that right now. So, one of the challenges, in my opinion, in coaching and doing the best job possible as a head coach is how physical can you be but also try to keep everybody healthy because we need them out there in the first game. And that’s where we’re at right now.”

While things still need to shake out over the next few weeks of practice, the Cowboys seem to be in the enviable spot of having several options at different positions and fierce battles, to boot.

Hunter Woodard returns after a solid redshirt junior season at right guard, and redshirt junior Preston Wilson seems to be Danny Godlevske’s successor at center. After transforming his body, it looks like Caleb Etienne will transition to the left tackle spot come Sept. 1.

OSU has options at right tackle and left guard. Vanderbilt transfer Jason Brooks brings versatility up front, as he can play at either tackle or guard. Other options at tackle include redshirt junior Jake Springfield and USC transfer Casey Collier. Other guard options include Taylor Miterko and junior college transfer Tyrone Webber.

“We have a number of guys,” continued Gundy. “[Dickey] is working some through at different positions, but we’ve got guys that rotate in with the ones and the twos that played a pretty significant number of snaps this year in quality games, which is better than where we were at last year.”

But maybe the biggest vote of confidence for the Cowboys’ O-line came via a rare compliment from America’s highest-paid strength coach.

“Well [energy] is really what I watch now,” said Gundy. “Obviously, I don’t coach. I’m watching those things, and that’s very important with where we’re at. It was interesting, some of the skill [players] was dragging, and the big guys were doing good today.

“I will say that Coach (Rob) Glass mentioned in our staff meeting a week ago that he felt like we were in really good physical condition. He doesn’t say that much. It’s hard to get that out of him. So, that made me feel good. He gauges most of that on the big guys cause the skill kids are gonna come along. They’re the most athletic, so once they get adjusted, they’ll be fine. But so far, we’re holding up up front with our big guys.”