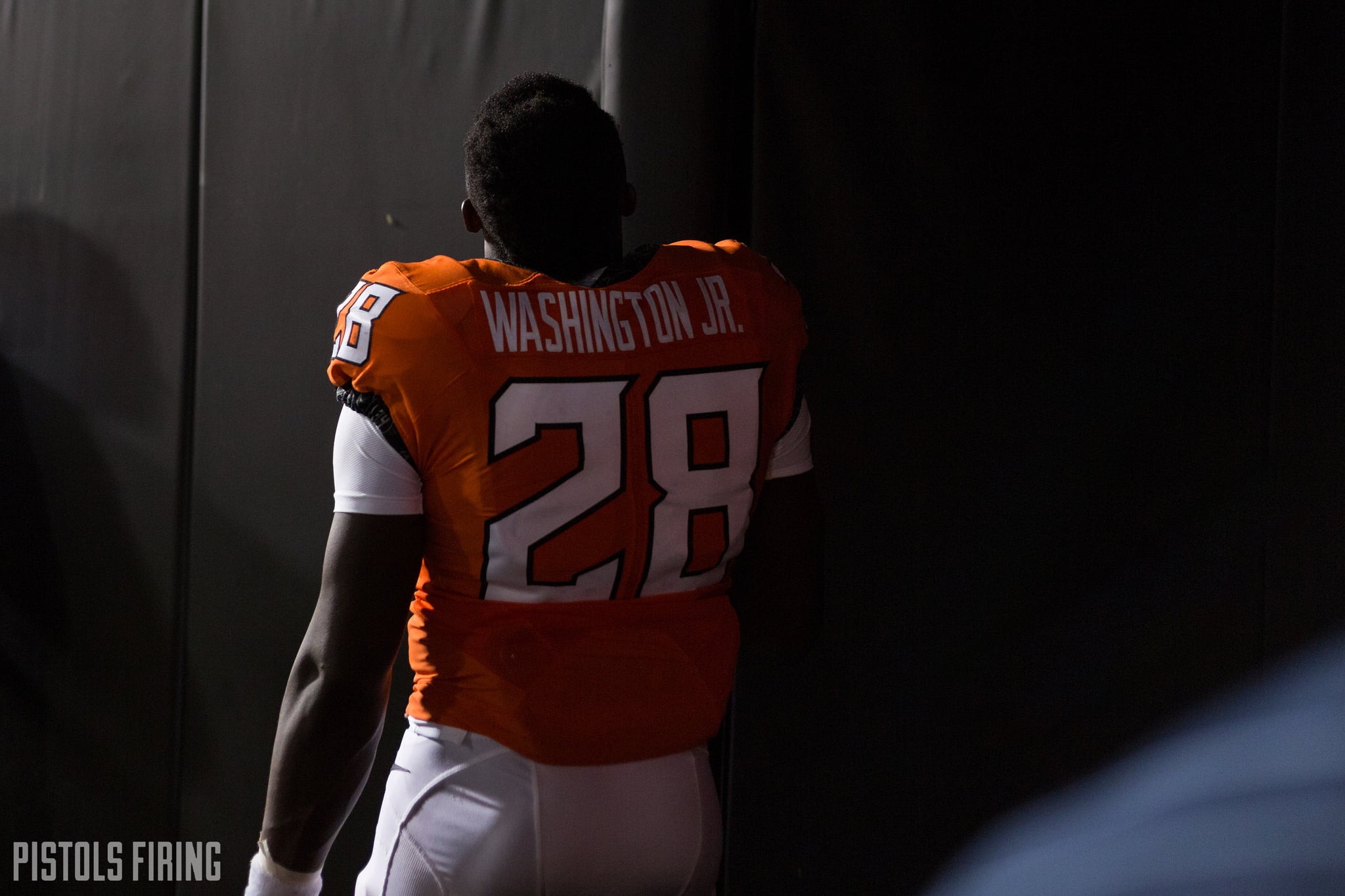 Nothing ever came of that. He spent the entire season with the team and played out the length of his deal.

Now that he’s entering unrestricted free agency ahead of the 2022 season, however, Washington’s future is a legitimate guessing game. And fellow OSU star Dez Bryant has predictions about where the former Poke might land.

Dallas traded long-time No. 1 receiver Amari Cooper to the Browns earlier this month and lost slot receiver Cedrick Wilson to the Miami Dolphins while retaining Michael Gallup on a new deal. But even with Gallup returning and Ceedee Lamb entering another year on his rookie contract, there’s a high likelihood the Cowboys go out and add more WR depth — be that in free agency or through the draft.

Washington would be a logical fit for Dallas to possibly step in as a field-stretcher. He’s not quite panned out with Pittsburgh, as he and Big Ben could never quite get on the same page and the position group he was in was always pretty deep. But the talent is there. As a former second-rounder Dallas may be able to buy low on him in free agency to help shore up the position group ahead of a 2022 season that seems like Super Bowl or bust for the all-in Cowboys.