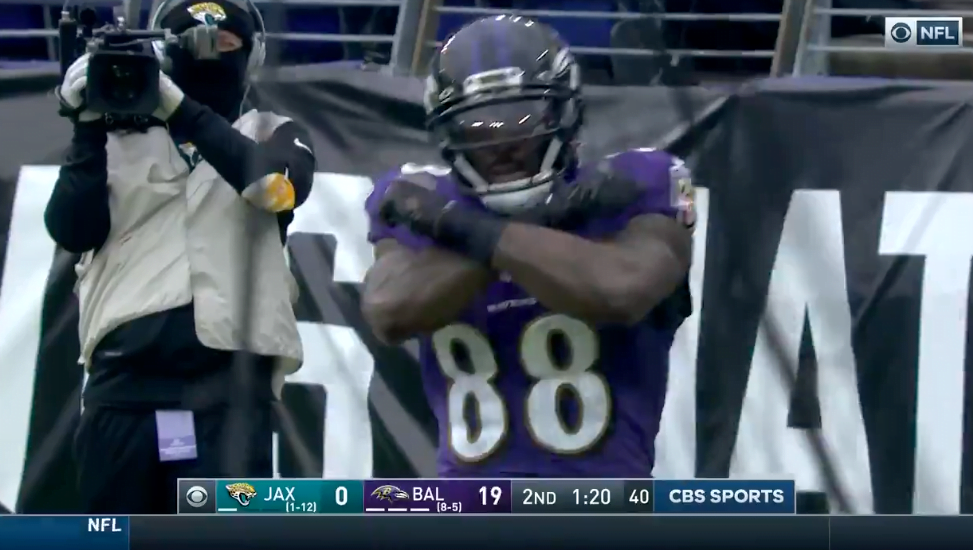 Dez has now been able to throw up the X twice as a Raven, with a TD on Sunday that all but sealed a win over the New York Football Giants.

When he made his Ravens debut in Week 9, the veteran wideout hadn’t seen any NFL action in three years since being cut by the Dallas Cowboys and then suffering a season-ending Achilles injury during practice with the Saints a year later. So it would stand to reason that the 32-year-old might take some time to get up to speed.

And even though he’s not seen a ton of targets, he’s made the most of the last few.

A week after catching one of his three targets for an 18-yard touchdown, Bryant caught his single target for an 8-yard score.

With the win, the Ravens move to 10-5 and now control their own postseason destiny. A win against Cincinnati next week will give Baltimore a wildcard berth.