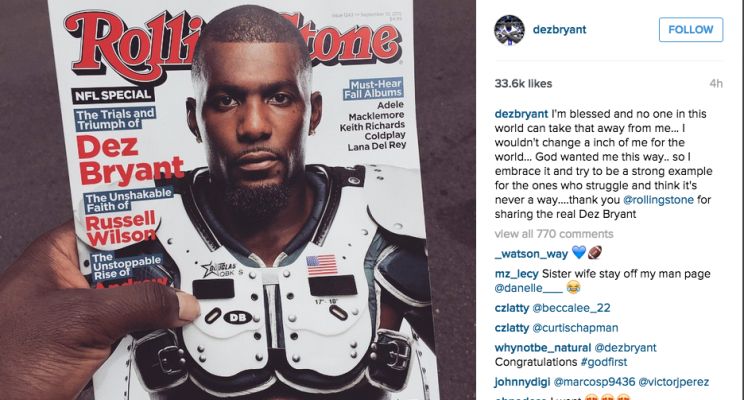 Dez Bryant continues his meteoric rise to stardom this offseason. He is quickly becoming one of the most marketable football players in the NFL, and Tuesday evening Dez shared a sneak peak of himself on the cover of an upcoming Rolling Stone special issue, that will be released on Sept. 10.

I’m blessed and no one in this world can take that away from me… I wouldn’t change a inch of me for the world… God wanted me this way.. so I embrace it and try to be a strong example for the ones who struggle and think it’s never a way….thank you @rollingstone for sharing the real Dez Bryant

Earlier this summer, Bryant signed a whopping deal with the Cowboys that will keep him in Dallas for five more years.

He will be featured in the Rolling Stone in a story called “The Trials and Triumph of Dez Bryant.”

Should be an interesting read, and with Dez on the cover I will definitely have to pick up a copy.