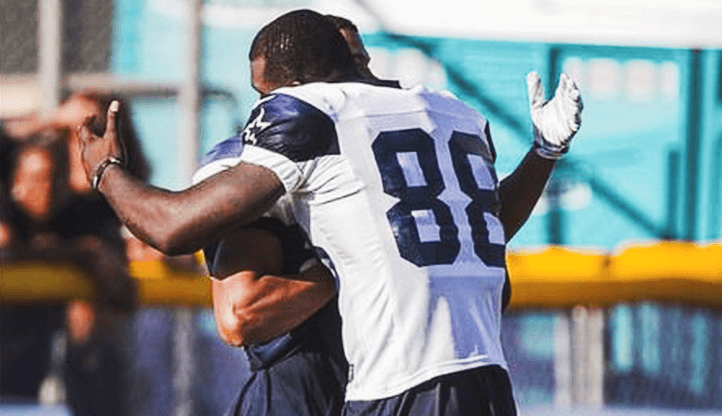 There was some Cowboy on Cowboy crime at Dallas Cowboys training camp over the weekend as Dez Bryant and Tyler Patmon went at each other pretty hard in an altercation. Here are a couple of looks at the festivities (including one from the Cowboys Twitter account?!)

Dez and Patmon get into it on the far side. They’re still jawing pic.twitter.com/YKcx1i8NmS

Dez threw ANOTHER punch on the sideline after it was over on the field.

We both Oklahoma State guys, so I kind of know where he comes from. … You don’t want somebody weak on your team. That’s why Patmon is here. Patmon was undrafted. He is fighting his way and he’s fighting for respect. You can go to war with a guy like that any day of the week.”

Jerry weighed in (of course).

And finally Patmon ended the fun.

“Cornerbacks and receivers, there is always history in between that. It’s bound to happen and it’s part of being a family,” Patmon said. “We got at it. We squashed it. It’s over.”

What Brothers do after they Fight @DezBryant @Lion_hearted_26 @dallascowboys @nflnetwork @ESPNNFL @espn pic.twitter.com/ESMvPnO1Br