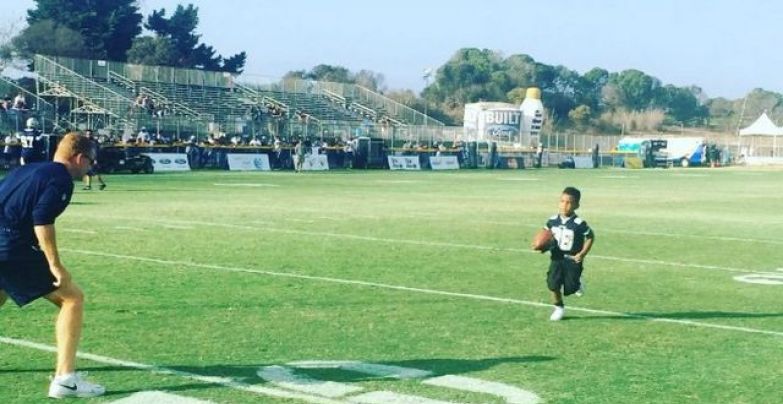 If you’ve followed Dez Bryant at all in his professional career, you know all about his signature “Throw Up the X” move he flashes after touchdowns.

It appears Dez has been teaching his son a lesson or two on the technique, and Dez Jr. threw up his own X during preseason camp yesterday after displaying some soft hands from head coach Jason Garrett and making a touchdown return look easy.

.@DezBryant has some competition. pic.twitter.com/G182MxHnyM

Little early to gauge his interest in playing at OSU, but the kid has some great genes and already has the celebration down. Maybe we’ll see another Bryant in orange and black in thirteen years.

Hey @DezBryant, looks like this runs in the family… pic.twitter.com/J9PNUlM7Bi