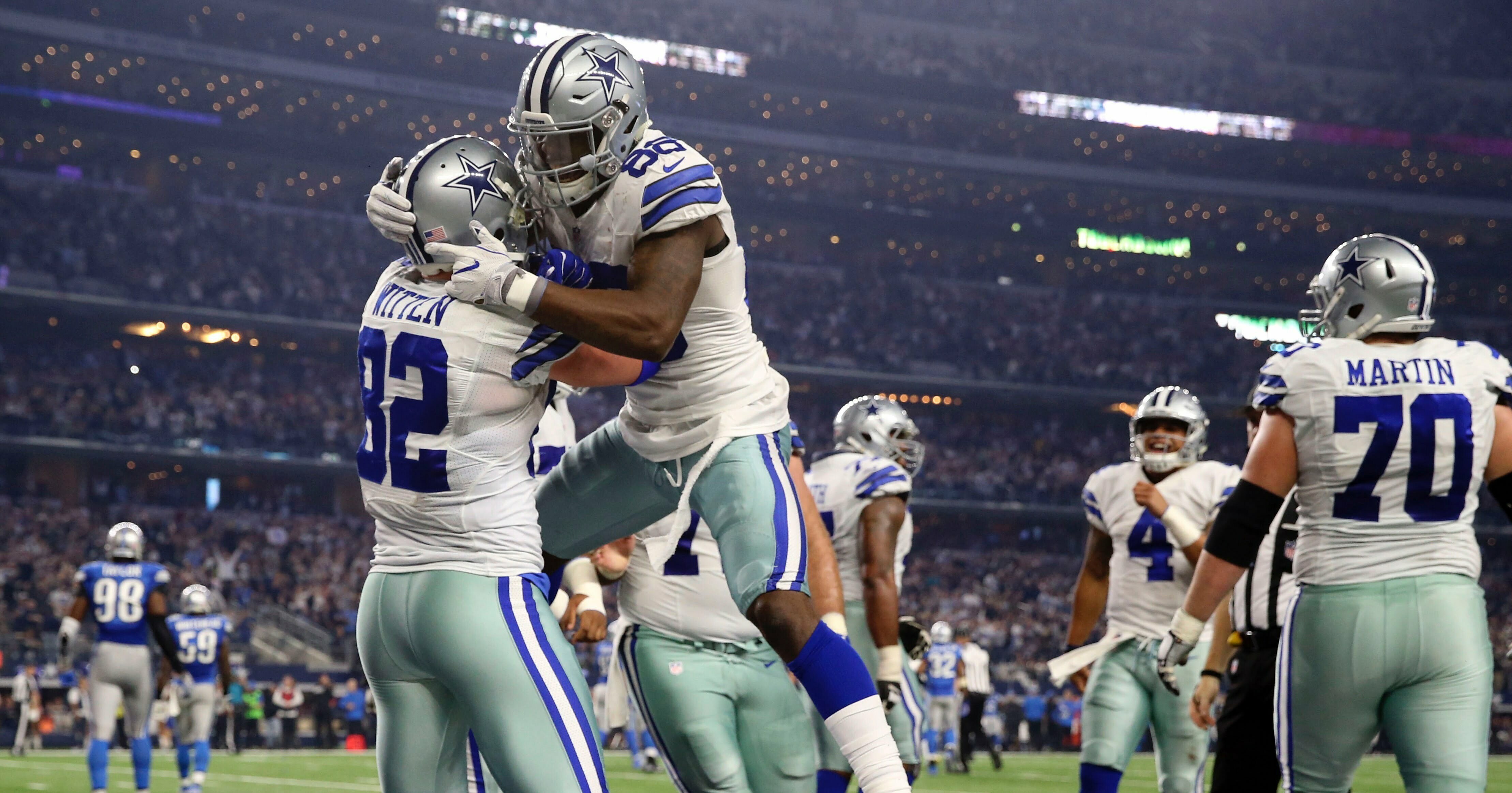 I have heard stories of Dez Bryant’s arm. Many stories. There are stories about how he used to stand at the 50 at Boone Pickens Stadium and throw footballs off the cross bar at one end of the field or the other. Stories about how for much of his time in Stillwater, he had the best arm of anyone on the team.

So it didn’t come as a complete surprise to see him throw a TD pass on Monday night for the Dallas Cowboys against the Detroit Lions. Not to those of us watching, anyway. Dez on the other hand? Well, he was shocked even though he had pleaded for years to throw the rock.

“We didn’t know he was going to call that play,” Bryant told the Fort Worth Star-Telegram. “So unexpected. We didn’t know. He called it, and I was like, ‘Oh, [expletive]. … I was really nervous.”

Dez did note that tossing Jason Witten the 63rd TD of his career was a thrill.

“That was one of the best feelings, because I look up to Wit,” said Bryant. “It’s just crazy. I got to complete a pass to him. That’s a Hall of Famer. I just thought it was pretty cool. That’s one of those moments that’s going to forever be with me.”

Dez is actually one of two Oklahoma State players to have completed a TD to Jason Witten. Brandon Weeden is obviously the other one. Here are all the QBs Witten has received TDs from.