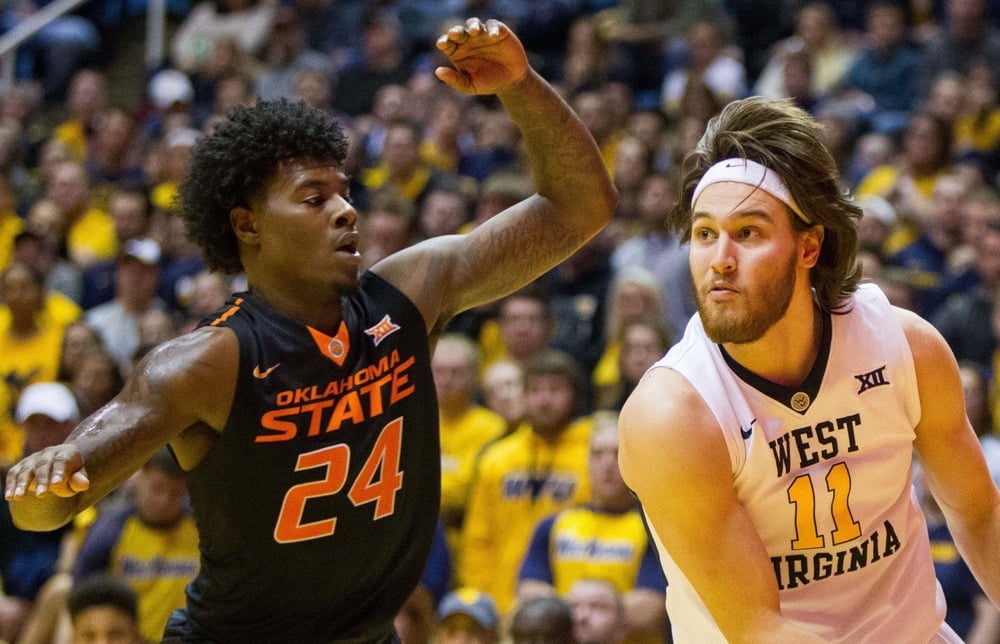 Davon Dillard is, pardon the pun, quickly ascending the unofficial all-time dunkers list in Oklahoma State basketball history. King Markel and King Desmond currently rest on a two-seated throne, but Dillard is at least a court jester at this point.

Following his outrageous hammer in Morgantown on Saturday, Dillard talked about whether that was the best dunk he’s ever had on Monday.

“After the game, I looked on Twitter and my phone was going crazy. It slipped my mind until we got on the plane. Everybody was like, ‘Wow, he just dunked on the whole state of West Virginia.’ It cracked me up some of the things they were saying.”

Great stuff from a new fan favorite in Stillwater. He also mentioned that he took his first charge ever on Saturday. The one that sent Huggy Bear to the floor. Like, the first charge of his entire high school and college career.