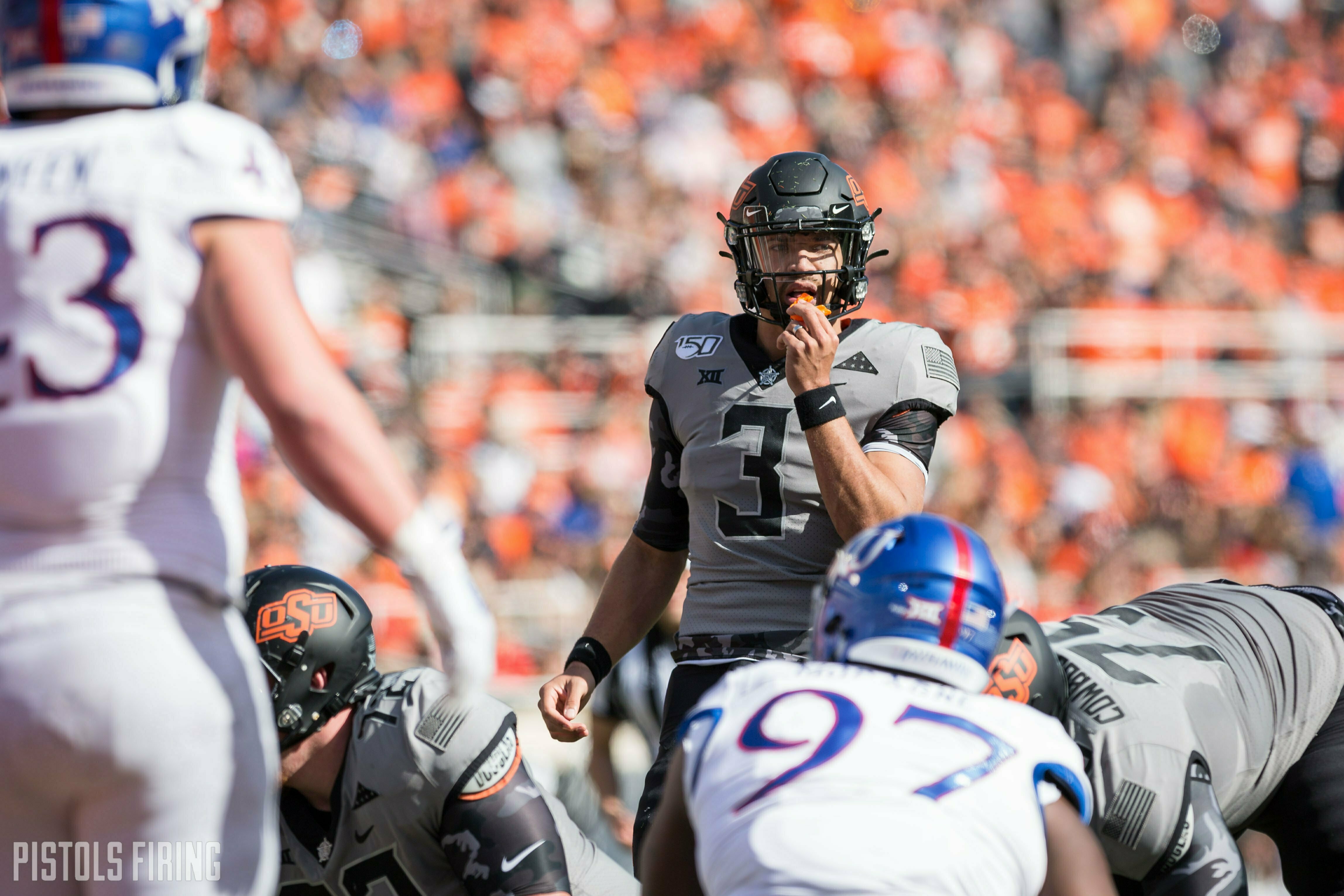 Graduate transfer quarterback Dru Brown got his first taste of non-garbage time action in an Oklahoma State uniform on Saturday after Spencer Sanders left the game early with an apparent hand injury.

Sanders dinged up his hand in the first half on a running play as he was going down. He was noticeably favoring it, but had it taped multiple times with different-colored tape (white in the first half and black in the second) and remained in the game.

In the second half, however, he appeared to aggravate it and left the game late in the third quarter.

Fortunately for OSU, Brown may be one of the more competent backup options OSU has had in years. He came into the game and completed both of his first pass attempts, with his second resulting in a 43-yard touchdown to Dillon Stoner.

Hopefully the injury to Sanders’ hand isn’t serious, but it’s something to monitor moving forward especially since it’s on his throwing hand.