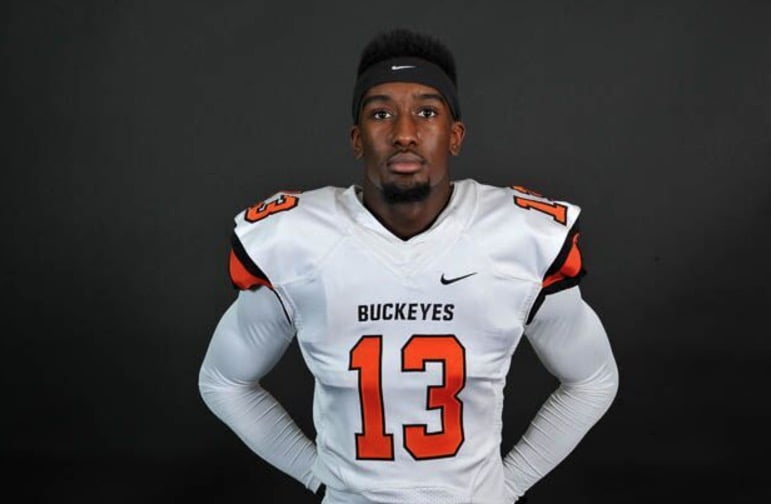 Gilmer, Texas star wide receiver and cornerback LaMarcus Morton signed with Oklahoma State as an enrollee this past week. Kyle Boone wrote about how plans are likely for him to play safety in Stillwater. Morton apparently doubled his class load in the fall so that he would be able to enroll in the spring in Stillwater.

“That speaks to his focus and his goals,”Morton’s coach Matt Turner told the Longview News-Journal. “He’s a focused individual and has shown the maturity it takes to get it done.”

“This was always a goal of his. It’s always exciting to see someone set a goal and then achieve it. He’s put in the time, put in the work. He’s going to have a whole new set of goals at Oklahoma State so we’re excited about those.”

Morton was a 3-star in high school and seems like basically the prototype for a Mike Gundy recruit — smart, hard-working, maybe not as athletic as an OU or Texas recruit.

“He’s very athletic and runs well,” added his coach to the Longview News-Journal. “There’s a lot of different ways that (Oklahoma State) can use him. He’s going to compete and will carry his work ethic up there and that will do him well.”

As Boone noted in his post, Morton will be a candidate to replace Jordan Sterns and Derrick Moncrief in the secondary. The spring enrollment will give him a head start on that.

“I’ve got to see the bigger picture,” Morton said. “I’ve got to go compete for my spot every day. I’m ready to go up there and do that.”