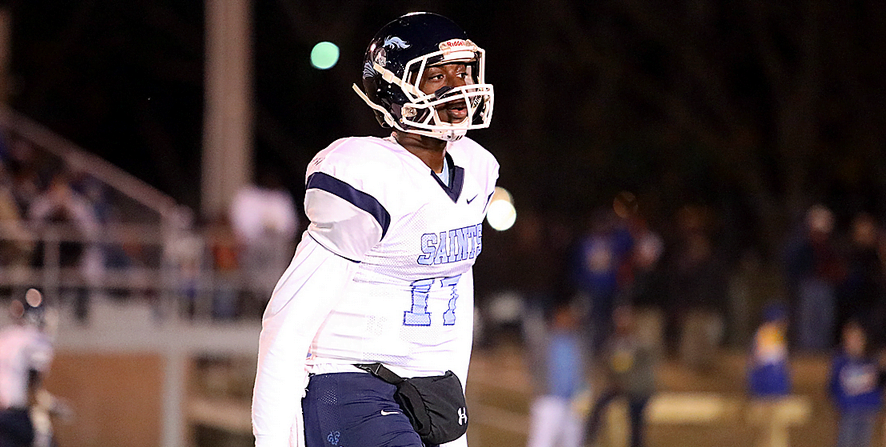 Oklahoma State quarterback recruit Jelani Woods arrived on the Stillwater campus on Wednesday and is enrolling early as expected, per a source close to the signal caller.

That’s big news for OSU fans who may have been worried about whether other schools would try to pick him off before signing. Despite a firm commitment for nearly a year, other schools came in and tried to pry him away. But he held firm in his commitment, and will compete with the Cowboys early this spring.

He even tweeted on it earlier this afternoon.

The start of a new beginning ????? pic.twitter.com/chgVmH5vXQ

The 6-foot-7 quarterback and Georgia native picked the Cowboys over a slew of other offers that included Michigan, South Carolina, Louisville and others. He will be competing at quarterback alongside the returning starter Mason Rudolph, true freshman Keondre Wudtee, redshirt sophomore walk-on Taylor Cornelius, and redshirt freshman John Kolar.