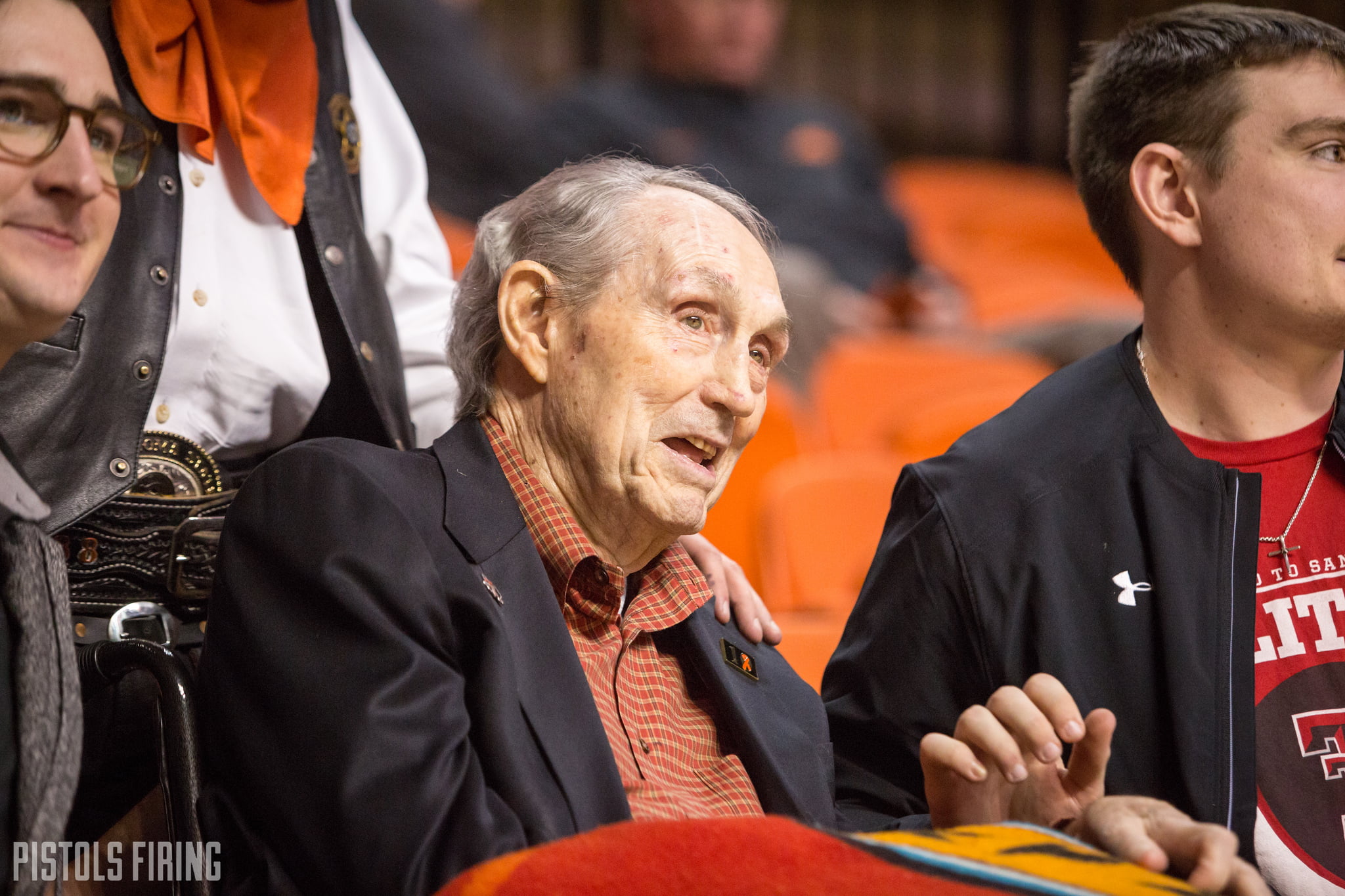 The Naismith Memorial Basketball Hall of Fame has included legendary coach Eddie Sutton as a finalist for enshrinement to its elite fraternity on seven different occasions.

It will do so no more.

Sutton, after being denied entry six times prior, is expected to be formally announced as a member of the 2020 Naismith Memorial Hall of Fame class on Saturday, a source confirmed to Pistols Firing on Friday. The news was first reported by the Tulsa World. The Associated Press reported that Kobe Bryant, Tim Duncan and Kevin Garnett will also be inducted.

The induction ceremony is slated to take place in August.

Sutton’s always had an impeccable coaching resume. He was one of only two NCAA Division I men’s college basketball coaches to have won at least 800 career wins and not be enshrined into the Hall of Fame, along with Bob Huggins, who will almost certainly be among the elite fraternity one day.

The 84-year-old Sutton deserved it this time as much as he did the other years he was named a finalist. This time the anonymous 24-person panel gathered at least 18 yes votes to rectify the disgrace that was blocking him entry into the Hall.

It’s a long time coming for Sutton, who was expected to be enshrined last year before a stunning turn of events. As Bill Haisten of the Tulsa World wrote last year: “A source close to the Suttons indicated that family members are ‘stunned’ and had been ‘very confident’ that Sutton finally would be voted into the Naismith Hall of Fame.”

Last year the Suttons even made arrangements to transport Sutton to the Hall of Fame announcement, in Minneapolis, where his son Sean was coaching as an assistant for the Final Four-bound Texas Tech Red Raiders. Those arrangements ultimately fell through with the news of his exclusion.

So what was the hold up? Sutton’s coaching resume has long held enough merit for inclusion years ago, but as ESPN noted this week, his somewhat checkered past seems to have held him back in the eyes of Naismith voters in year’s past.

What’s the problem? Well, Sutton’s experiences with alcoholism and a high-profile scandal have been perceived as perennial roadblocks. At Kentucky, an illicit cash payment to top recruit Chris Mills and a challenged entrance exam for UK player Eric Manuel led to Sutton’s resignation and a two-year postseason ban for the Wildcats in 1989.

Then, after he’d rebuilt his career at Oklahoma State, Sutton’s time in Stillwater ended with a 2006 drunken-driving crash that resulted in serious injuries for the other driver. Sutton resigned and became an advocate to help those struggling with alcoholism and addiction. He also was a leader who helped Oklahoma State’s community heal in 2001 after 10 people, including two of his players, were killed in a plane crash following a game at Colorado. [ESPN]

The official announcement of the 2020 Naismith Memorial Basketball Hall of Fame will take place on Saturday on ESPN at 11 a.m.