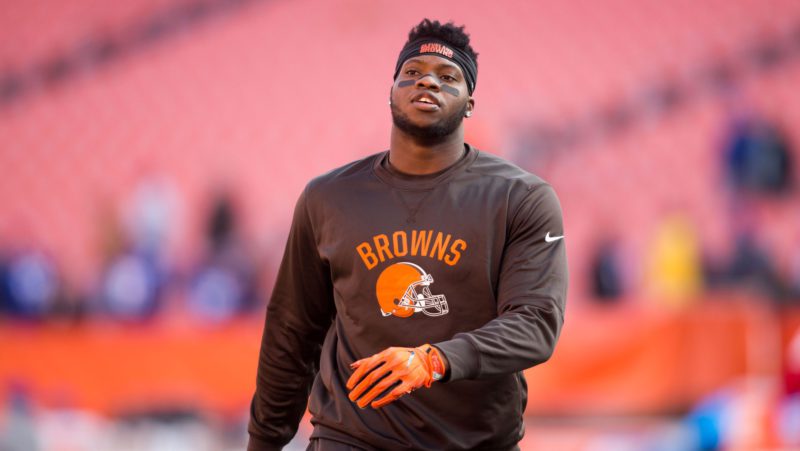 Emmanuel Ogbah is having a solid rookie season.

Coming off of a 1.5-sack, three-tackle performance during a 23-10 loss to the Cincinnati Bengals, Ogbah’s been one of the few bright spots for the win-less Browns and their fans.

Browns first-year head coach Hue Jackson is pleased with the progress of the former All-American and Big 12 Defensive Player of the Year. “He is a young player that has emerged, and he is starting to have his arrow go up,” Jackson told reporters.

Ogbah has settled into a more familiar role one the defensive line after the Browns tried him at outside linebacker earlier in the season. “It made a big difference because that’s what I’m used to, that’s what got me here,” Ogbah said.

Ogbuehi isn't good, but still encouraging to see Ogbah get a quality sack after 2 coverage ones this year https://t.co/UQlwg6d5gn

Since the Browns’ first meeting against Cincinnati on October 23rd, Ogbah has averaged 4.3 combined tackles per game and has accumulated 3.5 of his team-leading 4.5 sacks in those seven games. Ogbah ranks sixth among all rookies in sacks (4.5) and is tied for 17th in combined tackles (47).

Although winless, the Browns have amassed a lot of young talent on defense and Jackson hopes Ogbah and the other young pieces will continue to improve.

“Hopefully he will finish the season strong with making plays because we think this guy has a bright future ahead of him.”