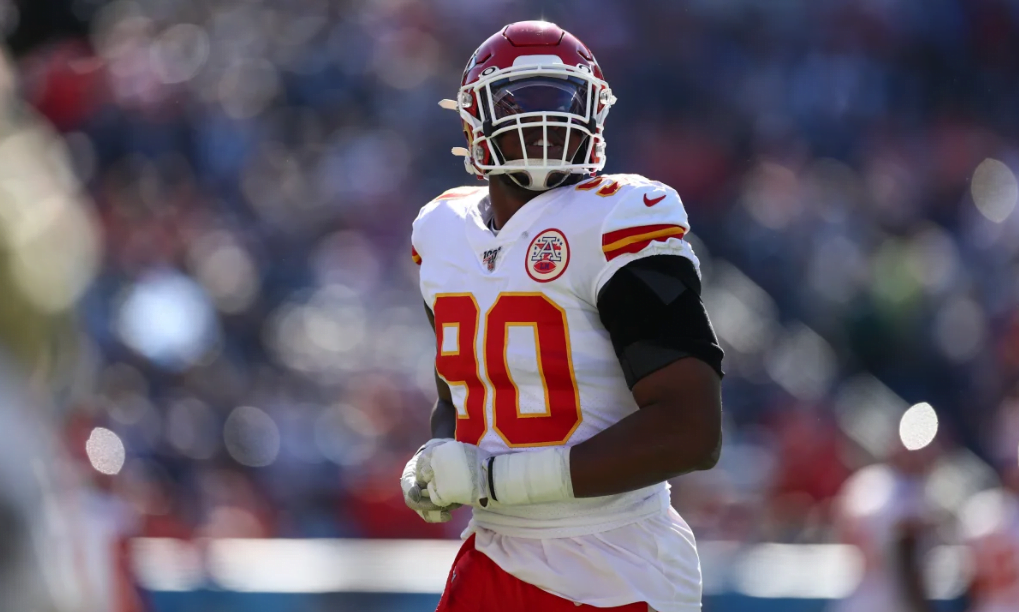 The former Big 12 Defensive Player of the year and current Chiefs sack leader left Kansas City’s 35-32 loss to the Titans with a chest injury and did not return. After the game, Kansas City head coach Andy Reid delivered the bad news to media.

Emmanuel Ogbah has a torn pec, per Andy Reid.

Before the injury, Ogbah added to his team-leading sack count with this grab of Tennessee QB Ryan Tannehill to push his total to 5.5 though 10 games. He recorded three tackles as well.

Beautiful execution by the #Chiefs on the stunt. The Titans weren't ready for it and Emmanuel Ogbah gets a clean shot at Tannehill. KC's getting pressure quick and early in this game. #ChiefsKingdom pic.twitter.com/HMlWQ081sE

The Chiefs have yet to officially rule Ogbah out for the season but with just six games left, a 2019 return doesn’t look promising.