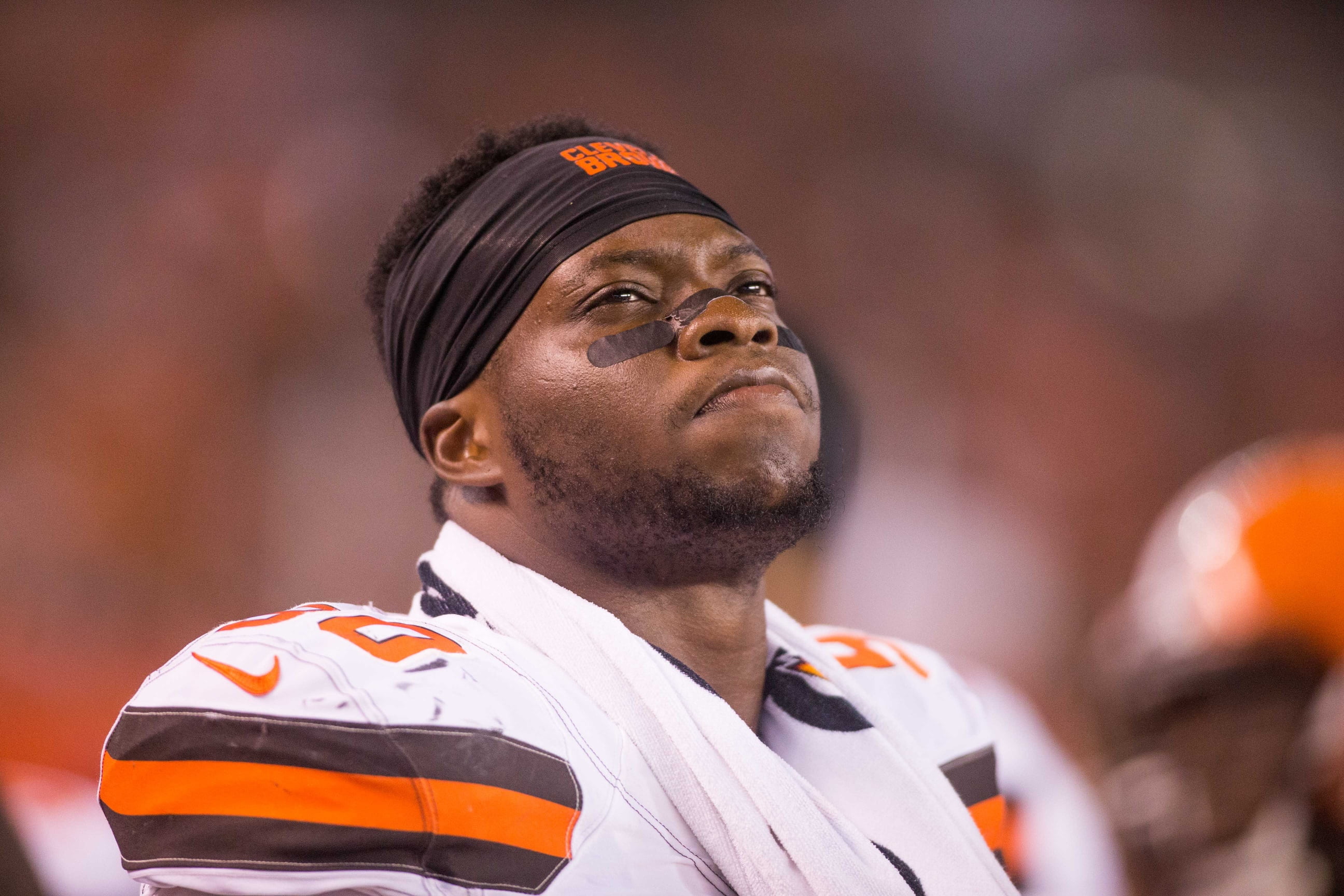 Second-year defensive end Emmanuel Ogbah suffered a broken foot in the first half of the Cleveland Browns’ 19-7 loss to the Jacksonville Jaguars.

Ogbah went down right before halftime and then reappeared on the sideline on crutches. After the game, head coach Hue Jackson announced the injury and that Ogbah would miss “some significant time.” But with just six games remaining, it’s likely the former Cowboy is done the season.

Ogbah was fresh off of a two-sack performance against the Detroit Lions last week and has been one of the better defensive linemen in the league at getting into the backfield. Ogbah’s numbers include 27 combined tackles, 16 solo, four sacks and two forced fumbles.

Ogbah and rookie Myles Garrett share the team lead with four sacks each on the season. Garrett talked about the loss of his partner in an up-and-coming edge rush duo.

“He’s (played well),” said Myles Garrett. “It’s rough seeing one of your brothers go down, especially when the tide was definitely turning in your favor. He’s a main part of that. He’s one of the key parts of our defense.”

The Browns, despite a lot of young talent on defense are still win-less on the season. At least the sophomore edge rusher seemed to be in good spirits.

Minor setback for a major comeback??