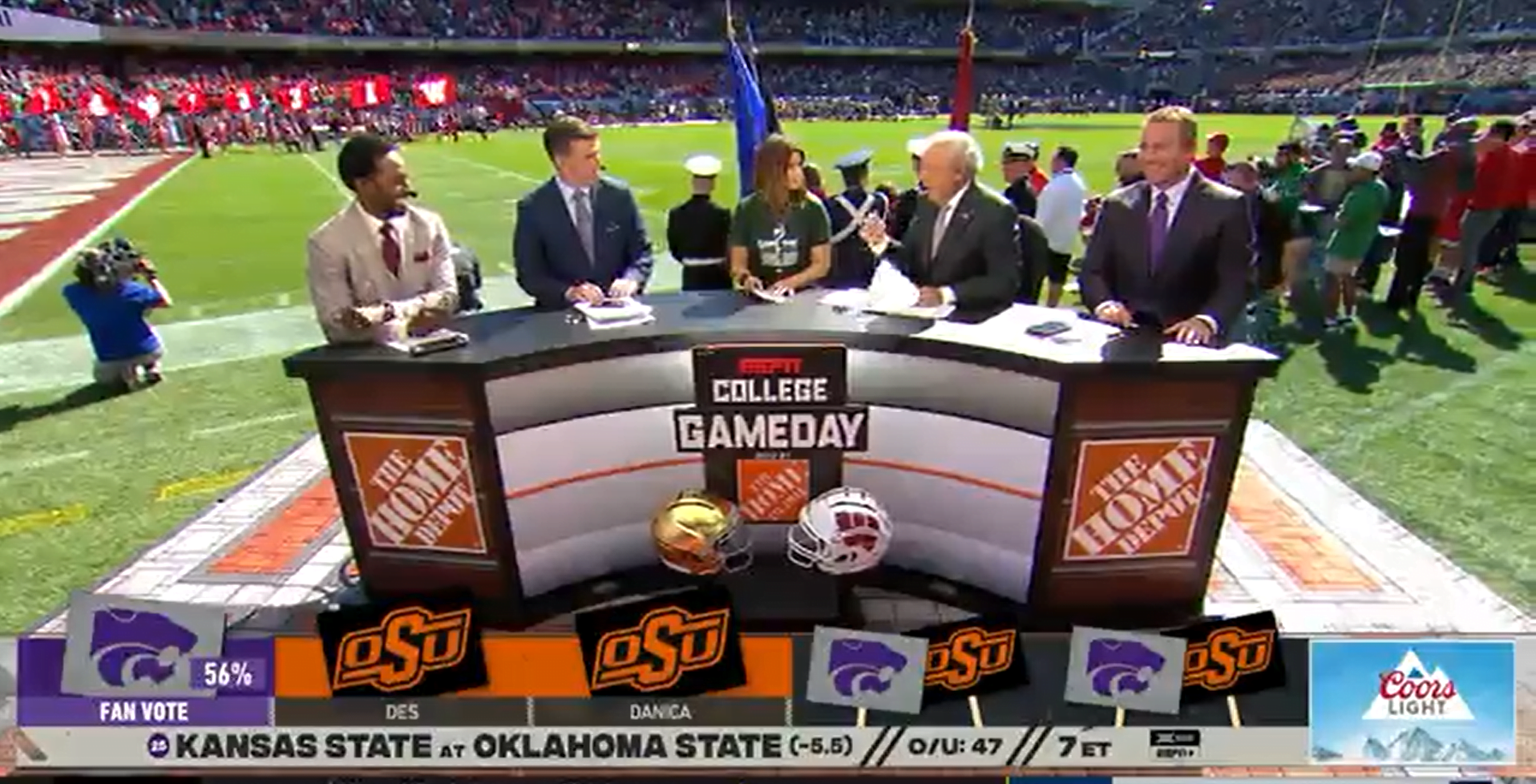 ESPN’s GameDay crew likes the Cowboys’ chances to stay undefeated after their Big 12 opener against Kansas State on Saturday night, or at least most of it did.

Desmond Howard, Kirk Herbstreit and celebrity picker, former professional race car driver Danica Patrick, all picked the Pokes to take care of home turf, though I’m dubious about how well some members of the panel have been following the Cowboys’ thus far.

“I’m going with the Cowboys,” said Howard, “I think their offense is so balanced that they’re going to give them problems.”

The Pokes have been strikingly one-dimensional with the ball in their hands this year, unable to run through a fog in their first two games against Missouri State and Tulsa before turning the tables and passing for just 74 yards at Boise last week.

To that point, Patrick, the resident celebrity who picked the Cowboys, earlier cited a the fierce rivalry between Michigan and Ohio.

“Not so fast,” chimed in Lee Corso, the lone panelist to pick the visiting Wildcats as the upset winner.

Herbstreit capped the discussion by predicting on OSU win, pointing to the Cowboys’ resiliency and defense through three games.

“Mike Gundy’s done a good job of somehow getting this team to be undefeated,” said Herbstreit. “Their defense is playing incredibly well for Jim Knowles.”

Oklahoma State is a 5.5-point home favorite. Kickoff is at 6 p.m. Saturday inside Boone Pickens Stadium and will be streamed on ESPN+.