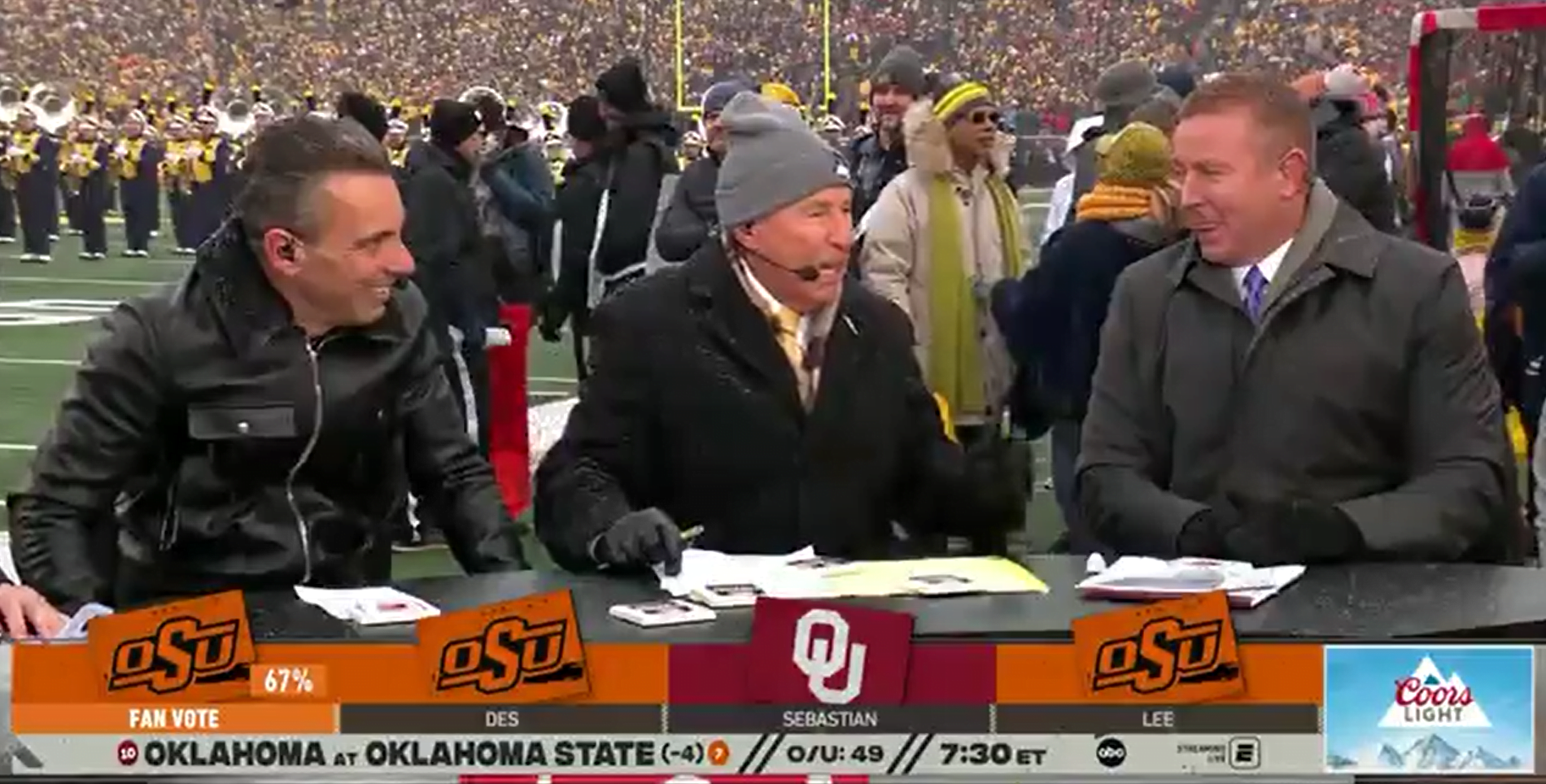 Broadcasting live from the field in Ann Arbor — and not the one in Stillwater — ESPN’s College GameDay crew was split on Saturday night’s Bedlam matchup.

“I’m not sure about the offense with Oklahoma with their quarterback situation,” said Howard. “I’m going with the Pokes. Go Cowboys.”

Celebrity guest picker Sebastian Maniscalco pulled an audible and picked … Texas Tech. He cited the fact that he was offered a scholarship by the Red Raiders but eschewed it to pursue a career in standup comedy.

Rece Davis pointed to Maniscalco’s sheet and pointed out that they had skipped that game. To his credit, the guest picker prefaced the segment with a warning that he knew nothing about college football. Maniscalco picked the Sooners. (Rickie Fowler or Garth Brooks would have done their research.)

Kirk Herbstreit is hoping for a close one but, being that he’s headed to Stillwater tonight to call it, kept his prediction to himself.

The fan vote came in 67 percent in the Cowboys’ favor, so the only person that predicted a Sooner win was the person who professed to no nothing of the sport. I’m not sure if that should make Cowboys fans feel good or bad about this game.