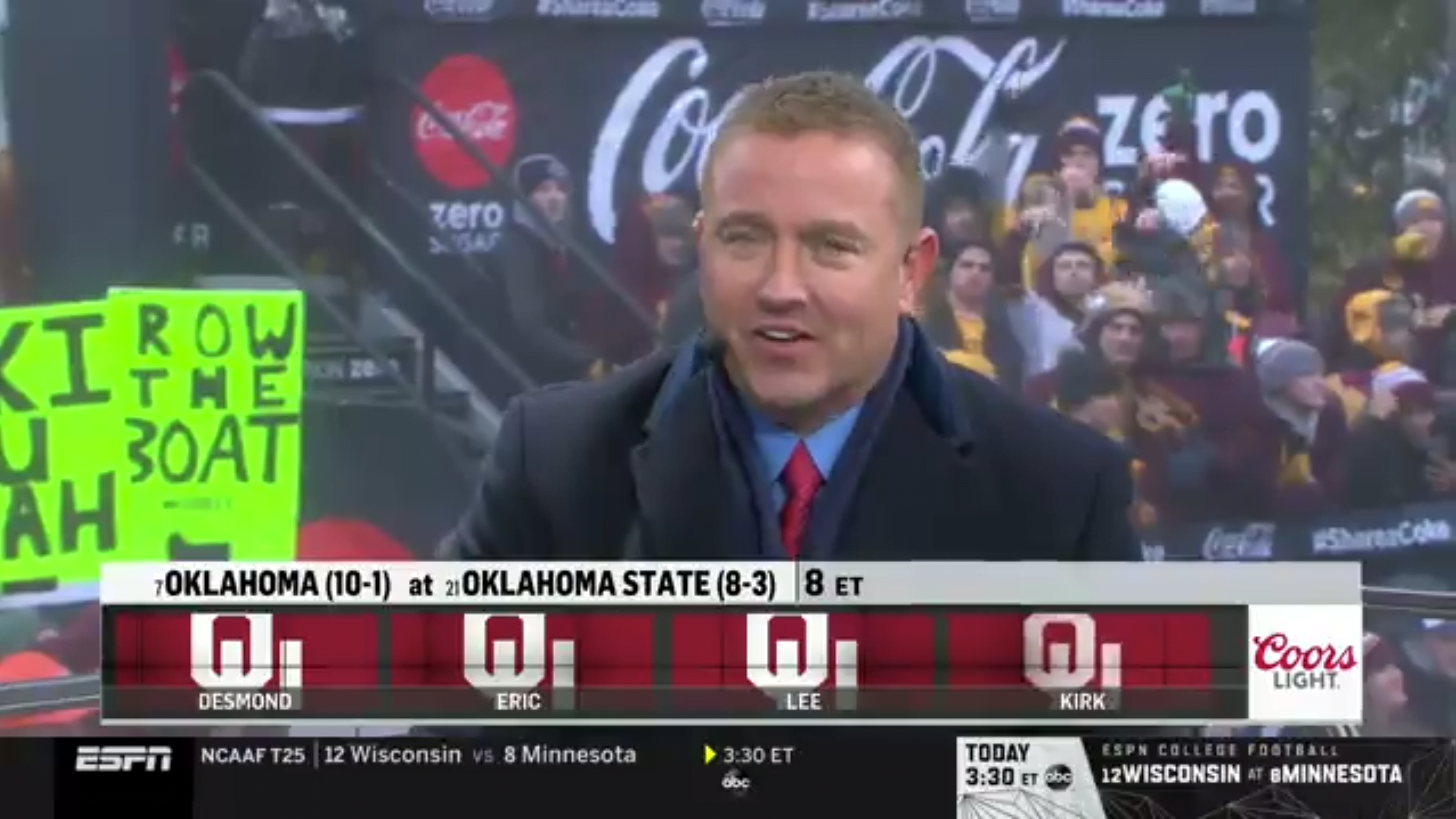 It’s not a huge shock, but it could provide just an ounce more motivation for the Cowboys — the double-digit home underdog in tonight’s Bedlam matchup — if that tank isn’t already overflowing.

GameDay host Rece Davis, who does not get a pick, did predict the Cowboys to win outright. Desmond Howard took a jab based on a perceived Sooner slight.

Earlier in the show, the panel piled on Mike Gundy for his one-man show comments about Jalen Hurts, incorrectly (I believe) surmised that Gundy didn’t respect Hurts’ (and OU’s) proficiency in the passing game. This will probably provide them with another clipping for the bulletin board.

Not that either team needs it.

Also earlier in the show, ESPN put together this nice feature on Chuba Hubbard and his near 3,000-mile journey from Canada to Heisman hopeful.

.@CowboyFB RB Chuba Hubbard's remarkable season has made him a celebrity and inspiration in his home country of Canada 🇨🇦🤠 pic.twitter.com/EWWmCeht1r