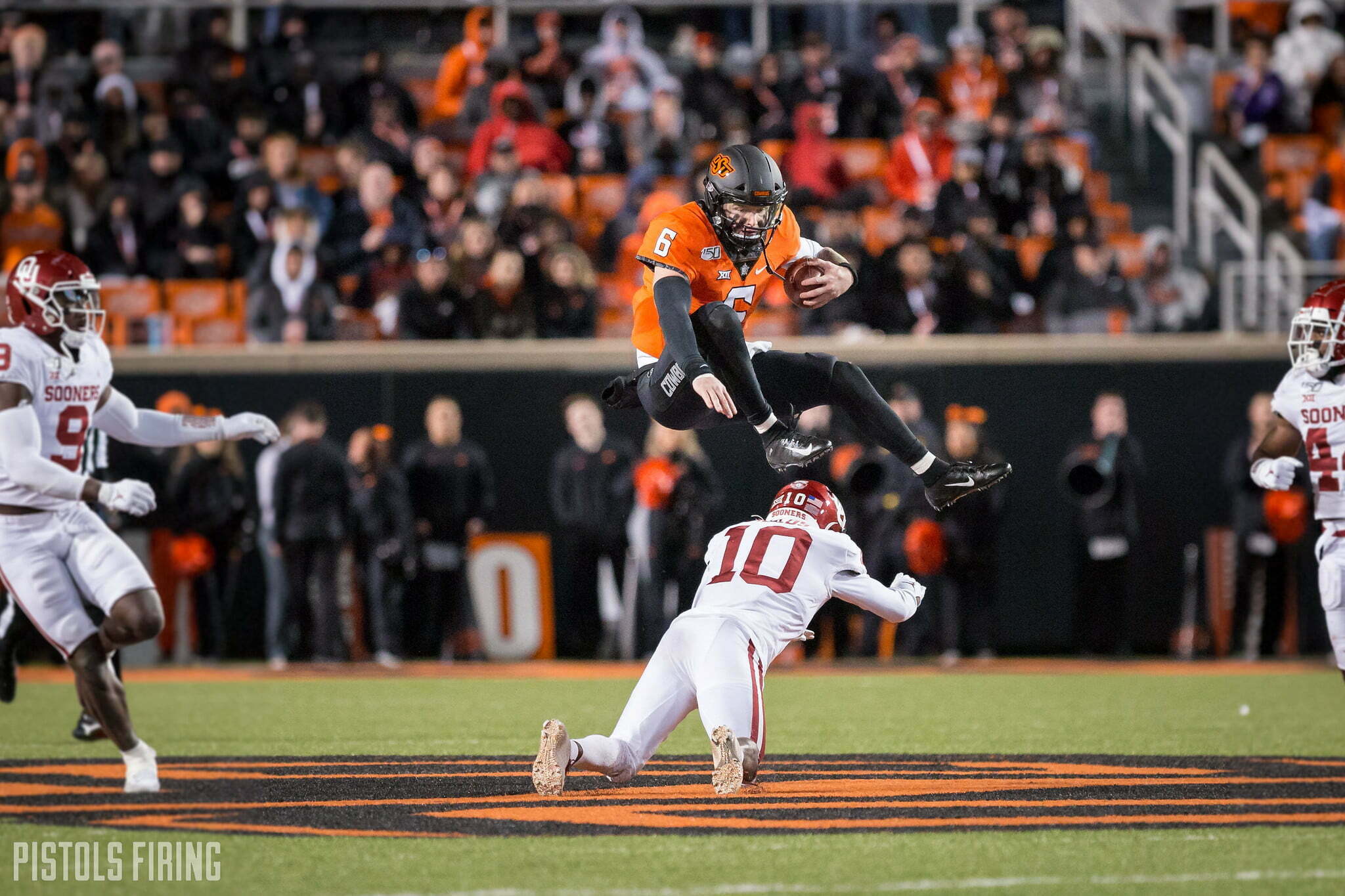 Whether Bedlam should continue once Oklahoma joins the SEC has been a passionate discussion since the Sooners and Longhorns shook the college landscape up a few weeks back.

The OU leadership has been vocal in its wish to continue Bedlam. Everyone from OU president Joe Harroz to athletic director Joe Castiglione to football coach Lincoln Riley has said as much.

“Make no mistake, we want the Bedlam rivalry to continue,” Harroz said last month. “Even with this change, we want to play Oklahoma State in every sport in every year.”

Oklahoma State fans against continuing the series quickly point to the fact that OU put Bedlam in jeopardy in the first place, and the fact that OU brass pointing out the SEC didn’t deem OSU good enough is also a sticking point as to why OSU shouldn’t continue. OU essentially left OSU at the altar for a different tint of orange but asked to still be friends.

Whether either school wants to continue the series could be a moot point all together, though — at least in football.

Nonconference football scheduling has gotten ridiculous over recent years. OSU already has opponents scheduled out to 2037, and the Sooners have opponents out to 2036.

Not every date is booked for either program, but here is a look at the team’s upcoming 16 years of scheduling:

A lot of this depends on when OU and Texas make the jump to the SEC. Both have stated they intend on staying through this media deal that ends in 2025, but there is far from a guarantee the Big 12 makes it that long.

However, neither team looks to have an interest in playing more than one Power Five opponent in a given year, which is understandable. Without a preseason like in the NFL, teams like the Cowboys and Sooners often use some nonconference games to tune things up ahead of a conference schedule. Neither team has doubled up on Power Five nonconference opponents since their current coaches took over.

If neither team is willing to play two Power Five nonconference games in the same year, the only opening for a nonconference Beldam between 2022 and 2037 would be 2031. As of now, OSU has only Tulsa scheduled that year, while OU has a game with Georgia that would likely be dissolved with the teams then being in the same conference.

If there is only one available date, it would be tough to see a deal getting done because each team would probably prefer to host the game to get the ticket revenue involved with it. Any scheduling on Bedlam would likely have to be on a home-and-home basis, so at least two years would likely have to open up.

If the Cowboys were to end up in the Pac-12, a few more dates would open up but not many. That scenario would see Sept. 9, 2023 freeing up, as OSU’s game against Arizona State and OU’s game against Georgia would be nullified. But, if the Big 12 is still kicking in 2023, that wouldn’t matter.

The next open year in the OSU to Pac-12 scenario would be in 2037, as OSU’s noncon game against Colorado would be nullified.

Then, if OSU were to manage to get in the Big Ten, 2034 could open up, as OSU has Nebraska scheduled that year, and OU is open.

So, people can hoot and holler all they want about whether Bedlam should continue, but given games already on each teams’ schedules, it seems as if it would be awhile before the series resumed — unless each team would be willing to play two Power Five nonconference games in a given year.