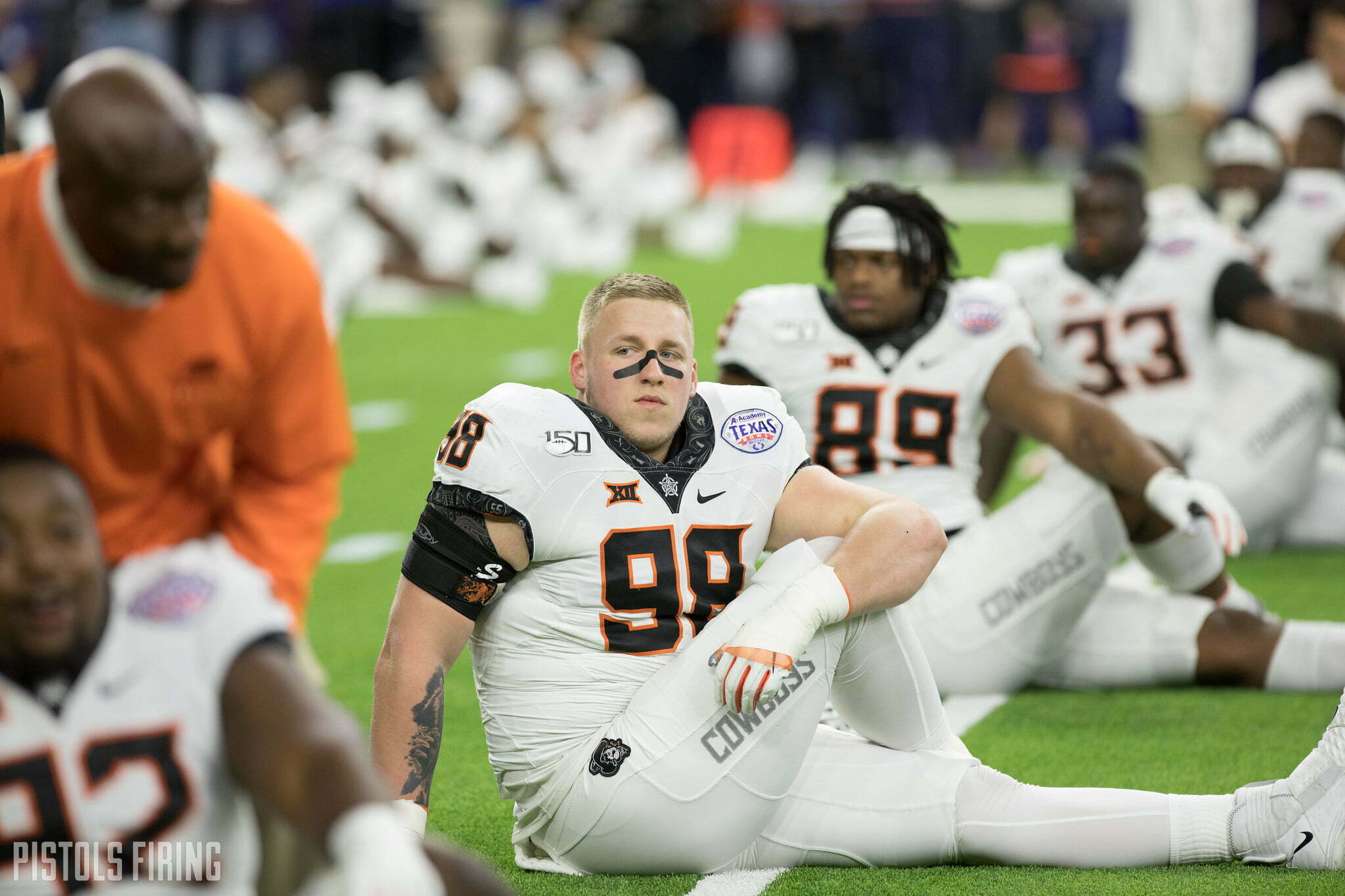 STILLWATER — The Big 12 championship game has come up in passing a few times during interviews with Oklahoma State players this fall.

Lifting the league’s trophy in Arlington is among the Cowboys’ goals every year, but that goal seems to have been more vocalized entering 2021. With a load of returning experience on both sides of the ball, redshirt senior defensive tackle Brendon Evers said it isn’t a small pocket of players discussing the goal this season, either.

“Team-wide deal,” Evers said. “I thought we had a very successful season last year, but as a whole, we didn’t achieve the goal that we set out to achieve. We can’t let that go unnoticed and let it go under the rug. We should have been in the game last year. We had a great, talented team, and yes, everybody in the country dealt with issues and certainly with COVID and everything else, it was a hard season last year on everybody.

“I see a lot more focus on the game and on what we have to achieve this year. I see a lot of maturity. So, I would say it’s an organization-wide goal. I would say players and coaches and everybody that walks in this building every day has the ultimate goal of hoisting the Big 12 trophy above our heads in Arlington this December.”

OSU coach Mike Gundy made mention of Evers’ increased focus Thursday. Gundy said it’s been Evers’ best offseason yet. Joining the program out of Bixby High School in 2017, Evers enters his fifth year with the Pokes where he has 21 tackles on the interior of the defensive line entering the upcoming season.

The Cowboys have failed to even make the Big 12 title game since it returned in the 2017 season. In that time, Oklahoma, TCU, Baylor, Texas and Iowa State have all made trips to Arlington, with the Sooners winning all four games and all four trophies.

After having a breakout season in 2020, safety Tanner McCalister said it isn’t lost on the Pokes that to be the best in the Big 12, they’ll have to go through the reining champs.

“I think we’re all to a point where we like, ‘Shoot, we wanna win something,'” McCalister said. “We want to we want to win the Big 12 championship. We got a lot of older guys here. For me and a lot of guys, it’s now or never. Obviously, you gotta beat OU. You gotta beat the top dogs in the conference. That’s our goal, to win the Big 12 championship, and I think it’s about time we did it.”