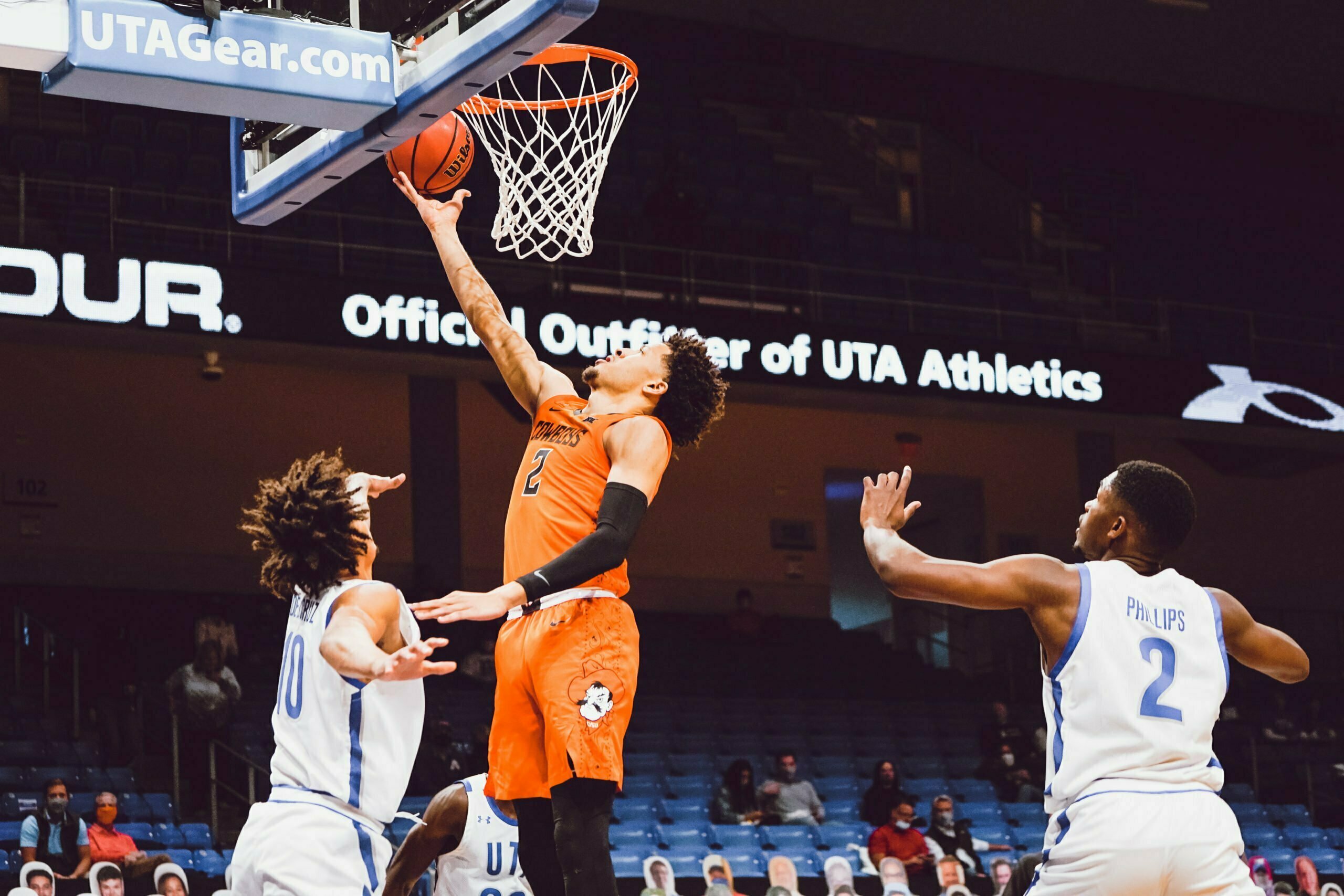 Oklahoma State beat UT-Arlington 75-68 on Wednesday. Cunningham finished with 21 points, 10 rebounds and three assists in his debut. Here is everything he said in his postgame news conference.

On playing his first game

“It was fun. It was fun. I think that’s the biggest thing to say. We haven’t been able to play in a long time, so getting to be out there and finally being able to compete with all my teammates, we’re all on the same team instead of competing with each other, it was fun.”

“I think me personally, I know I competed hard. I played hard. I think I could’ve took care of the ball a little bit better than what I did. Had a couple too many turnovers, but other than that, I think really just my competitiveness and my effort was the best thing for me.

“As a team, we played hard, we played together. I think we can get a lot better, but it’s the first game. We haven’t played in a long time, and it’s our first time all playing together. So, lots to work on, but it’s easy to learn from a win.”

On his defensive performance

On how the team rebounded

“I think that’s the biggest thing for him. His skillset, he’s so talented. He’s so gifted physically. When he plays hard, it’s hard for teams to stay in front of him and stop him. Having that today, I think he brought a big burst off the bench for us, and I think he’s gonna be able to continue to do that.”

“It’s hard to rate. I just kinda find myself through the game. I think whenever they went into the zone, I think I could’ve been a little bit more aggressive, just finding spots to get open and get shots off. But for the most part, I think I pretty much played through the system and played for the team, and I think we played well.”

On if his first game went as expected

“I didn’t really know what to expect, really. I think that’s the biggest thing. I came in pretty open-minded and ready to adapt to whatever the game looked like. I think I did that pretty early in the game and after that, I got comfortable.”

On playing in Arlington, his hometown

“I think being home was what brought me more comfort. I got to have my whole family who’s been with me since I’ve been playing basketball since I was a little kid. Having them there, they haven’t been able to see me in a game for a long time, so I think that just kinda brought comfort and allowed me to be me.”

“Definitely, but it’s an adjustment for both teams. Just finding a way to play through it and play together as a team to bring energy from the bench and things like that, I think that’s the biggest thing a team can do. I think our bench was really good being loud for us. Our coaching staff was loud for us, so it really helped us out.”