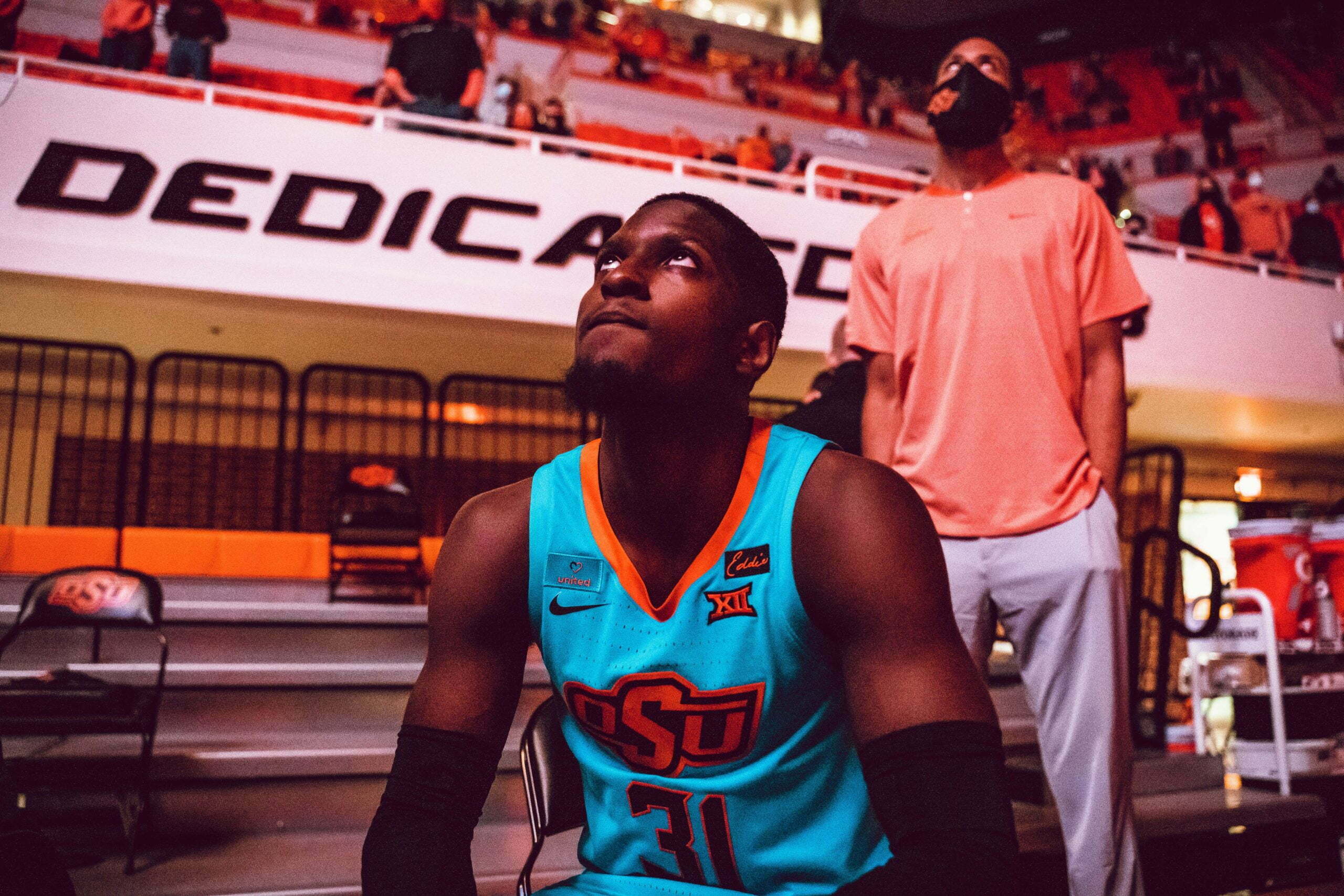 The Cowboys’ transfer sharpshooter could return to action Wednesday night after having not played in nearly a month.

Ferron Flavors will be available to Mike Boynton against TCU on Wednesday night in Fort Worth, PFB confirmed. Jon Rothstein was the first to report the news. Flavors hasn’t played in a game since OSU’s loss to West Virginia on Jan. 4.

Flavors has dealt with a finger injury on his shooting hand that forced him into a cast for a time. He has practiced for about a week entering this game against the Horned Frogs.

Flavors, a grad transfer from Cal Baptist, started the Cowboys’ first seven games and has played in 10 games total. However, Flavors has averaged only about four minutes in his past three games.

He came to Stillwater after hitting 188 3s at a 38% clip at Fairfield and Cal Baptist the past two season. His shooting has struggled early in Stillwater, as Flavors has gone 10-for-40 25% from 3-point range. Having on a bum finger on his shooting hand undoubtedly attributed to those struggles.

If Flavors can find his shot, it could be a huge boon for the Pokes down the stretch. His 3-point specialist reputation helps pull defenders away from the basket for guys like Cade Cunningham, Isaac Likekele, Kalib Boone and Matthew-Alexander Moncrieffe to score at the basket.