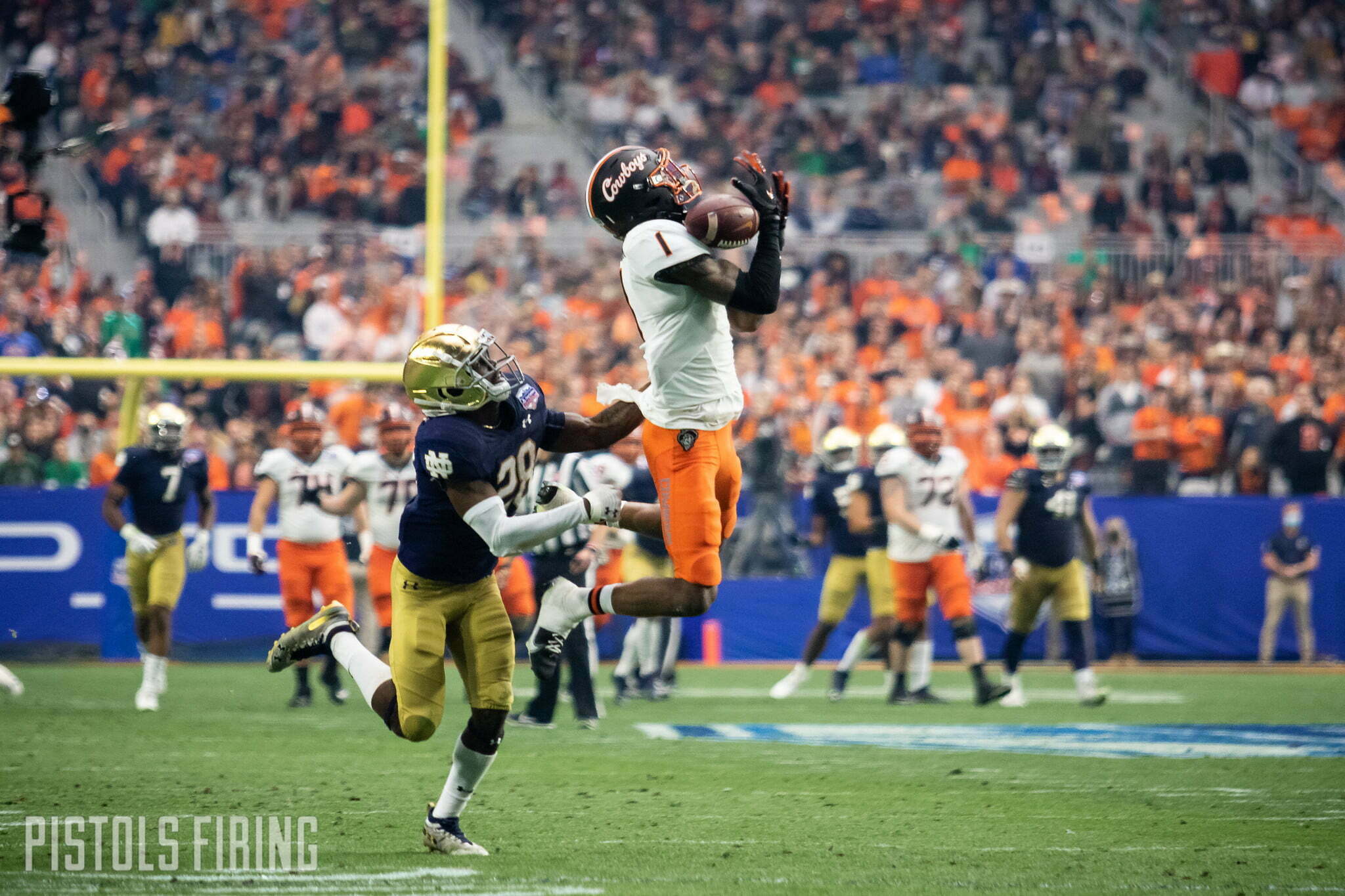 Oklahoma State’s 21-point comeback was the largest in program history and broke a record that was over four decades old. Now that’s a significant number. Here are 10 more that came of the Cowboys’ 37-35 win over Notre Dame.

496: Spencer Sanders’ nearly 500 yards of total offense was a career high. His 371 yards and four scores through the air were both season-highs, and his 125 rushing yards was also a career-high. Sanders briefly set a Fiesta Bowl record in total offense, which was eclipsed by Notre Dame QB Jack Coan’s total of 505. It was Sanders’ 24th career start. He trails only Mason Rudolph (32) and Mike Gundy (28).

406: Malcolm Rodriguez’s 11 tackles pushed his career total to 406, making him the fourth OSU defender to reach the 400 mark in a career. After coming in second on the team in tackles as a sophomore in 2018, Rodriguez has led the team in takedowns the last three seasons. Also, did you know that he was a state championship wrestler?!

36: This was Mike Gundy’s 36th career win against an AP Top 25 team. Only Alabama’s Nick Saban and Clemson’s Dabo Swinney have more at their current schools.

3X10: This was the third consecutive game in which OSU played an AP Top 10 team. The Cowboys beat No. 10 Oklahoma and lost to No. 9 Baylor in the Big 12 Championship before defeating No. 5 Notre Dame on Saturday. The only other time OSU has played such a streak in one season was in 1976. OSU went also went 2-1 in that stretch beating No. 5 Oklahoma, No. 10 Missouri and then fell to No. 9 Nebraska.

5: OSU’s win over Notre Dame gave the Cowboys five wins over an AP Top 25 opponents on the year. That ties the previous OSU record set by the 2011 team. It was also OSU’s fifth win all-time when both teams are ranked in the AP Top 10.

4: Oklahoma State is one of only four FBS teams to post a winning record every season from 2006-21. The others are Oklahoma, Wisconsin and Boise State (Alabama dipped just below .500 in 2006 after its Independence Bowl loss to OSU).