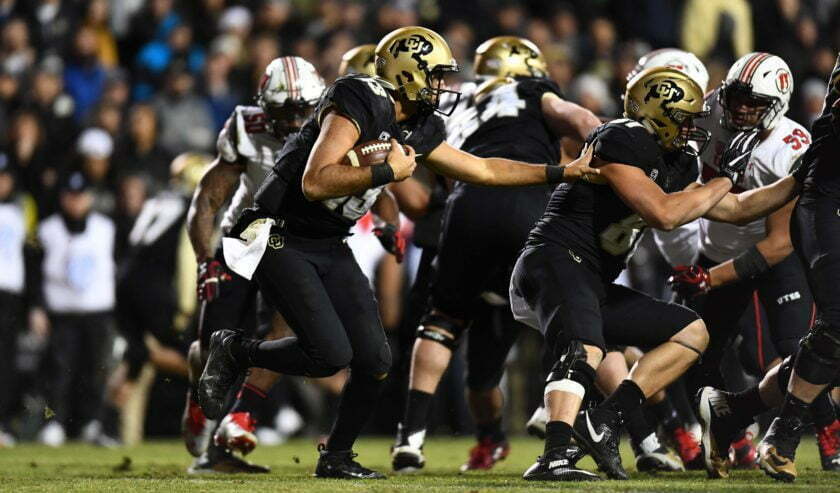 The Oklahoma State Cowboys have one of the most potent offenses in the country, but they face a team that can also put up points in a hurry. The Colorado Buffaloes don’t have as flashy statistics, but don’t be fooled — they should be able to keep up with the Cowboys in a shootout if need be.

The Buffs are only seventh in the Pac-12 in points per game at 32.8, but they are third in the conference in red zone percentage at 89.5 percent. Their offense’s efficiency is mostly due to the dynamic duo in the backfield. The tandem of quarterback Sefo Liufau and running back Phillip Lindsay is one of the more underrated ones in the conference.

Liufau has developed as a respectable dual-threat quarterback, and although his passing statistics are fairly average (11 TDs, 6 INTs in 2016), his running ability is undeniable. The senior signal caller has racked up almost 500 yards and seven touchdowns on the ground this season, and co-offensive coordinators Brian Lindgren and Darrin Chiaverini frequently feature him on the ground in the red zone.

Lirufau is frequently used in the read option game:

And on true quarterback run calls:

Lindsay, Liufau’s miniature counterpart, has been the main ball carrier for the Buffalo offense two years in a row. Lindsay has been a productive runner for the Buffs, and he reached 1,000 yards rushing on the season during the Buffs’ 38-24 victory over Washington State in November. Despite being small, the 5-foot-8, 185 lb junior is one of the better backs in the conference.

Although many would expect a player of his stature to be more of a finesse-type player, Lindsay is quite the opposite.

He is a tough runner, and he as a knack for fighting through tackles with impressive power.

The pair make it difficult for opposing teams to defend against, as they can’t key in on just one of the two. The threat of Lindsay frequently opens up for Liufau to have success, and the other way around. Stopping Colorado’s run game game is no easy task, but if the Cowboys can limit the duo’s effectiveness in the red zone, they give themselves an excellent chance to emerge victorious.

How do you think Liufau and Lindsay will fare against OSU’s defense? Leave your opinions below in the comments!