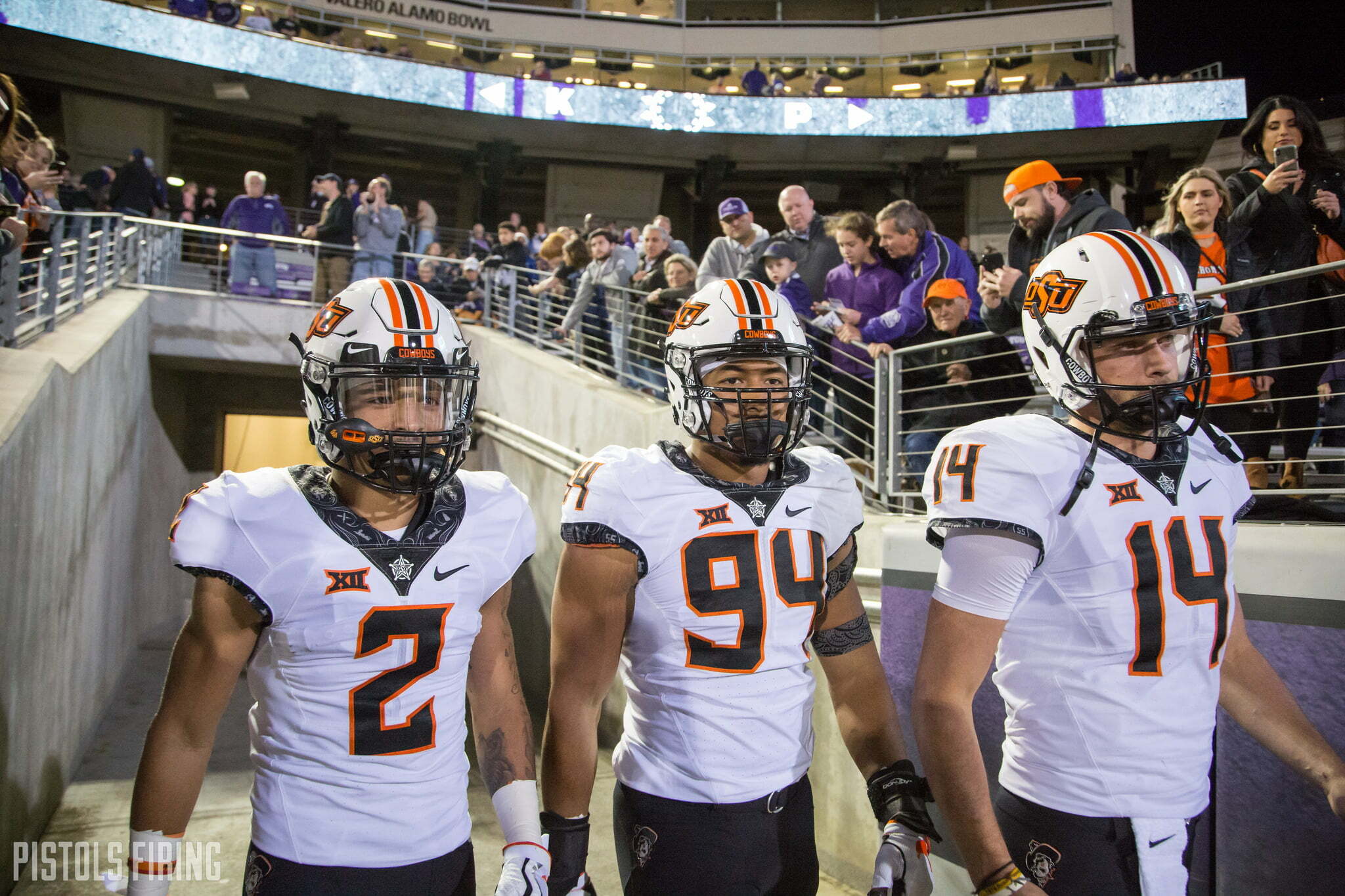 My 10 Thoughts are posted here, but I wanted to empty the notebook from a very strange night in Ft. Worth that ended with a big group of us huddled around a laptop watching LSU-Texas A&M because we didn’t want to write about OSU-TCU. Let’s jump in.

• Stadium thought No. 1: TCU’s open-air breezeways make their stadium feel a tad high school-ish, but I love the feeling of walking in the gates and being able to see everything. /subscribed

• Stadium thought No. 2: I love the steps leading from the band and the showgirls onto the field. How all stadiums should be.

• Stadium thought No. 3: The Dan Jenkins press box is tremendous. Maybe my favorite one I’ve been to all year. It’s spacious, you’re close to the action and the field is easily accessible. I’m in.

• OSU’s helmets were elite, but like everyone else on the PFB team, I would have preferred a true white look rather than the cue ball sheen. Conversely: I loved the SF Giants-style cream colored pullovers! 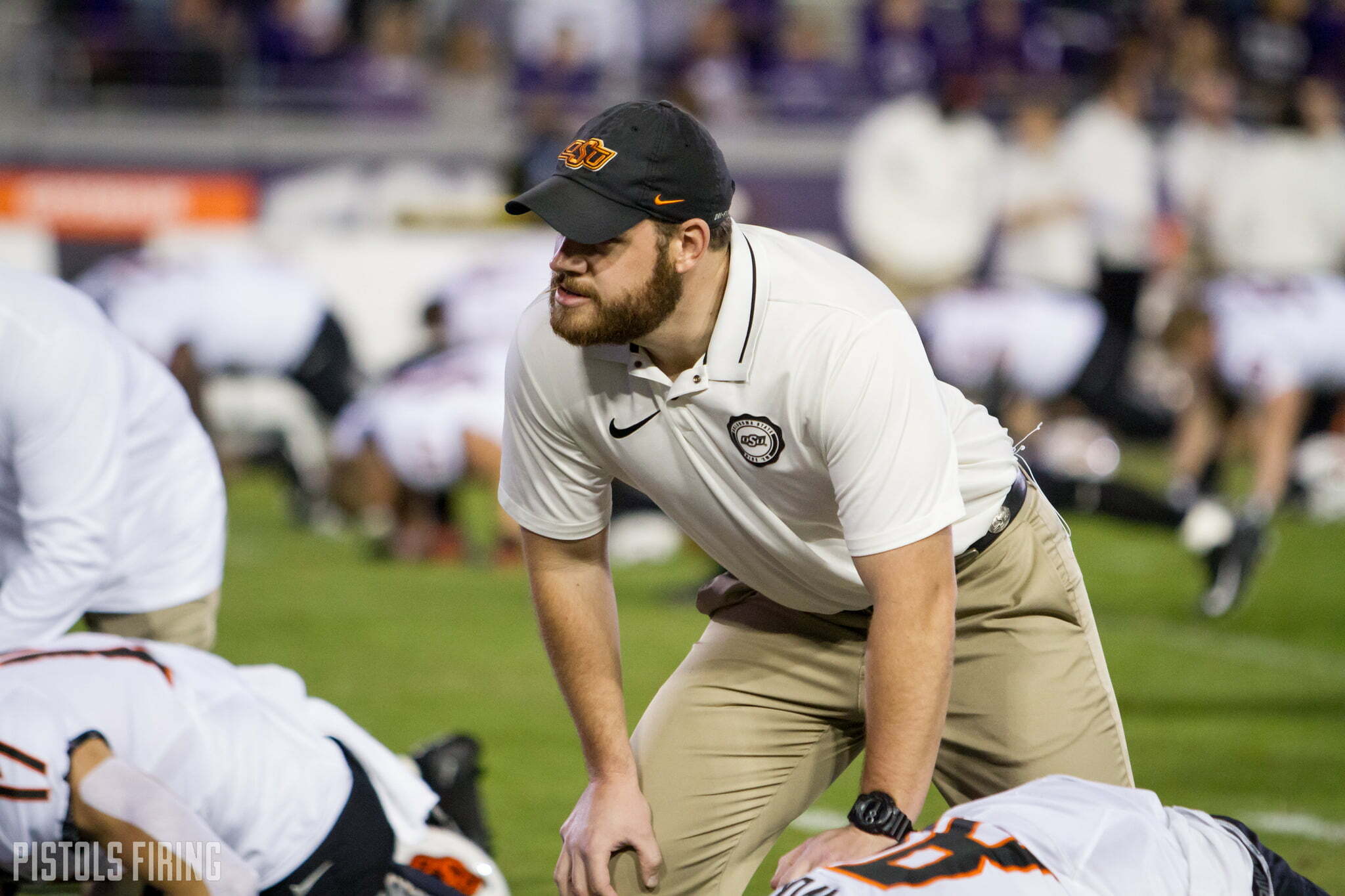 • A thing I wrote three passes into the game that I didn’t think for the next 37: Corn looked so comfortable in a way he didn’t earlier in the season.

• Related: It’s not good when a Mule Stein doubles up your QB rating.

• Reagor is breathtaking! <— I wrote that about 29 times.

• After Bundage’s facemask, the ninth president sent him an executive order and got in his face to do it. Somebody needed to.

• At one point Justin Phillips was running down Mule Stein and running straight into my line of sight. I was terrified and I was 180 yards away. Reason No. 182 — after all the physical limitations — I would not want to and could not play college football game.

• If you didn’t watch the OU-WVU game on Friday night, the first half of this one was the exact opposite of that. The game Michigan and Ohio State thought they were going to play.

• I got Baylor flashbacks on OSU’s chop block in the first quarter. I don’t even remember if there was a chop block on OSU in that game, but I know Gundy hates chop blocks more than he hates it when Gunnar uses his beeswax to shine footballs in the backyard.

• I legit googled Stillwater-Bixby time and location for 4+ minutes in the second quarter. Somebody should start a Stillwater HS site.

• There was maybe more LD than I would have preferred on Saturday. I like him. I’m not sure I like him getting 10 touches in a game to secure your winning record for the year.

• OSU’s offense seems more predicated on rhythm and momentum than maybe any I can remember in the Gundy era.

• How does Jim Knowles walk around with that massive placard hanging off his belt? It goes down to his shins!

• Someone in Slack said this: I think MY saw the Kliff is on the market, so Yurcich is trying to keep his offensive coordinator job instead of getting a head gig.

• This happened 1 minute into the game. I did not envision OSU going on to lose. Or having more punts than first downs in the first half.

• A thought I thought because I didn’t want to think about OSU-TCU. Why … in the world … does Iowa State wear all black?

• Was a player really sent off the field for knee pad non-compliance?!

• At halftime Matt Hockett had 5 punts, and Corndaddy had 7 completions.

• At one point I legitimately thought the game was going to end 3-0 in favor of OSU. There were 3 points and six negative yardage drives during the first 12 drives of the game. I’m honestly not sure we’re making a big enough deal about the offensive futility on Saturday.

• OSU had seven first downs at the end of the third quarter. They had single drives against OU and WVU that nearly had that many first downs.

• Jake Ross was in attendance on Saturday. He’s not Jelani big, but he’s not small either.

• TCU was all over Tylan all night. He said after the game that he probably should have had a few more catches and should have done a better job of getting open (which is probably true). I thought it was a miracle that he had four as it was with how well TCU played him and how off Corn was.

• Tanner McCalister might be a dude. Jury is still out, but he can fly around a little bit.

• I’m not sure if it felt like this on TV, but it didn’t ever really feel like OSU was going to mount a game-tying drive from their own 4-yard-line in the stadium. It felt like a pick was actually more likely than a TD.

• All of the backward passes.

• TCU somehow doesn’t have SEC Network in its press box so to see the end of A&M-LSU, somebody had to pull it up on their computer while we all gathered around agape at what we were witnessing (in a very different way than we were agape at what we had just witnessed from OSU-TCU).

• Two press box tips for schools: Have awesome coffee. Have holes at the back of desks to run power cords. User experience: ?