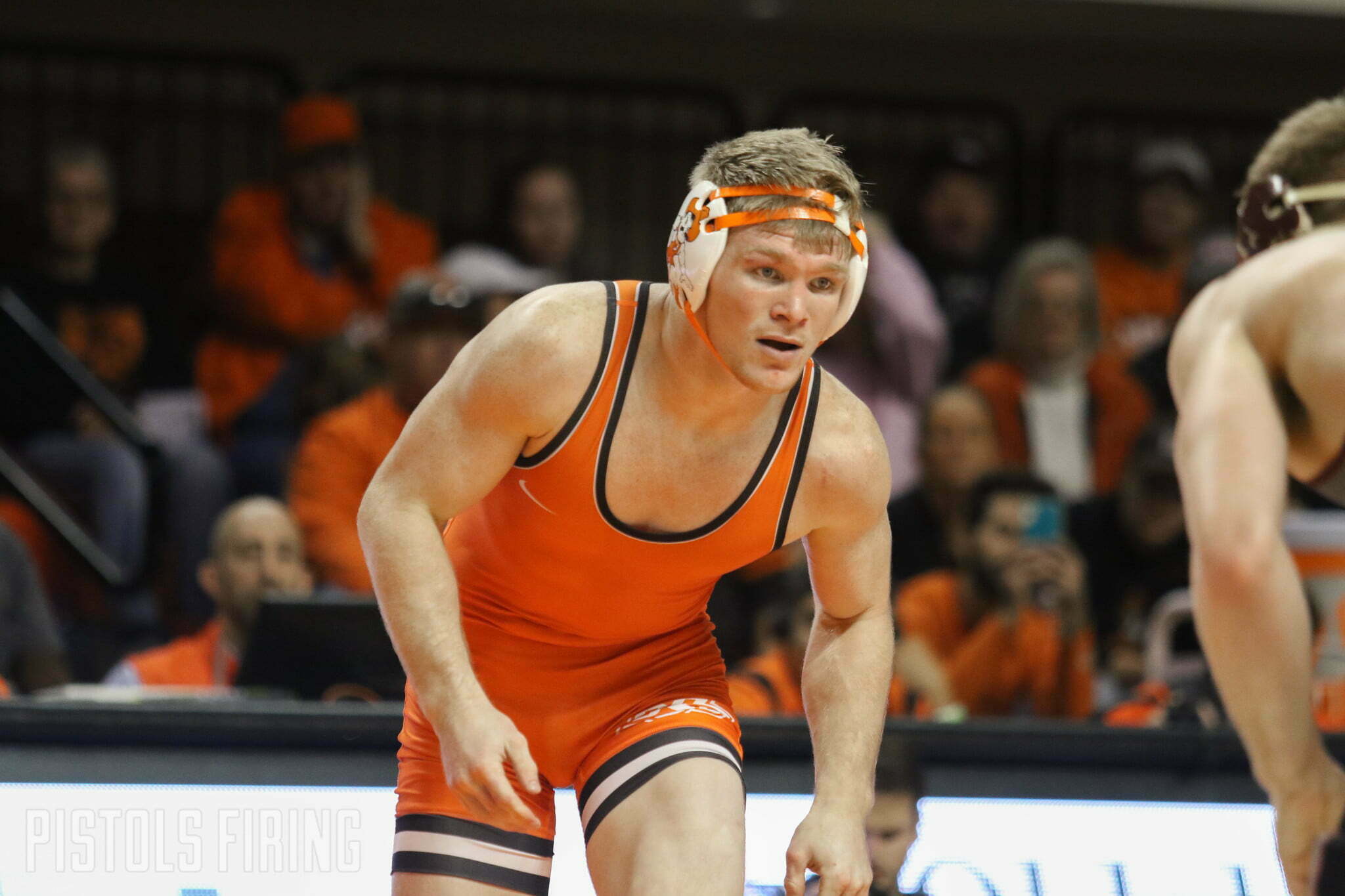 Oklahoma State finished up Day 1 of the Southern Scuffle with five starters in the semifinals and sitting in second place as a team.

On the winning side, Trevor Mastrogiovanni, Daton Fix, Victor Voinovich, Dustin Plott, and Travis Wittlake all advanced. A late takedown with just two seconds left for Trevor Mastrogiovanni was the difference in his win over Stanford’s Nico Provo. Daton Fix had a comfortable 5-2 win over Iowa State’s Zach Redding and Victor Voinovich picked up a workmanlike 5-2 decision over Missouri’s Nate Pulliam. No. 1 seed Dustin Plott picked up a 10-4 decision over Andrew Berreyesa (Northern Colorado) and Travis Wittlake used a full third period ride to advance at 184.

All five wrestlers will be the higher seed in their semifinal matches tomorrow as there was an upset in Victor Voinovich’s bracket setting him up to wrestle an unseeded wrestler for a spot in the finals.

OSU’s starters took losses at 141, 157, 165, 197, and HWT in the quarterfinals. In a rematch with Minnesota’s Jake Bergeland, Carter Young fell to Bergeland 2-0 after giving up a full-period ride in the third. Kaden Gfeller had a wild one at 157 as his match with Charles Darracott from Stanford went to rideouts. After a quick escape from Darracott, Gfeller got in on a shot and Darracott attempted to flee (stall) drawing a stall call, his second, and putting up Gfeller in a 2-2 tie. But a ride-out by Darracott gave him the match and the win.

At the upperweights there was some controversy at 197 as Luke Surber got a called reversal late in the match that would have sent it to overtime, but after a challenge and review by the officials, the reversal was overturned and Surber was down two with just a few seconds remaining. Surber was unable to score and knocked back to the consolation side of the bracket.

Gavin Stika, a backup at 184, also made the semifinals opposite Wittlake and Jordan Williams, Kyle Haas, Reece Witcraft, and Travis Mastrogiovanni are all still in the tournament and wrestling on the consolation side.