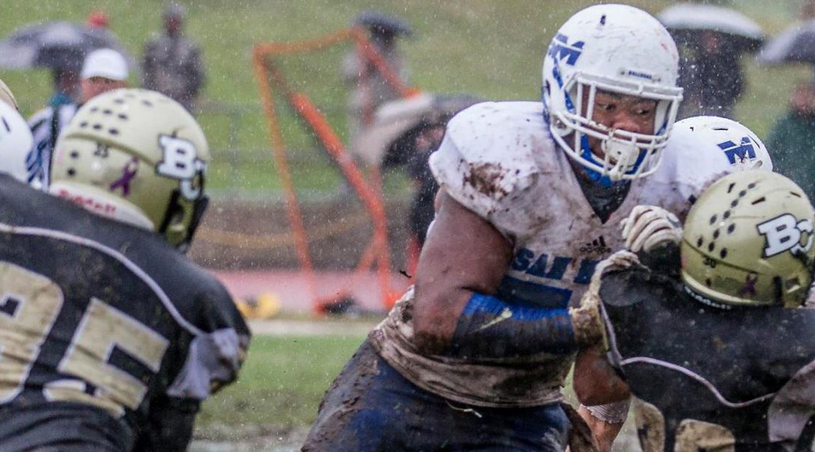 Oklahoma State’s march to the finish line for national signing day won’t be nearly as dramatic as last season. But there are still some key names hanging in the balance with two weeks left who are still undecided — and could play key roles as to how OSU finishes its class.

In addition to Oklahoma State’s wish list which is still accurate, here are five names to keep a close eye on as Oklahoma State closes the final two weeks.

Related: Where Oklahoma State’s 2017 recruiting class ranks nationally and in the Big 12.

Tight end is an important position in this class as we’ve seen. OSU is holding commitments from junior college tight end Sione Finefeuiaki and high school senior Tyler Henderson. My suspicion, though, is that one more to add to the mix wouldn’t be out of the question. Rafdal would be a nice addition. The 6-foot-7 pass-catcher from Carmel, Indiana would be a nice contrast to Finefeuiaki — a prospect more fitted as a receiver in OSU’s offense, whereas Finefeuaki will play a primary role as a blocker. Rafdal doesn’t hold an offer from OSU, but there’s mutual interest.

This is a name to continue to keep an eye on closely. Moore, a teammate of Finefeuaki, is an elite 6-foot-7, 310-pound offensive tackle from College of San Mateo. He has official visits set up for Auburn and Arizona State. The former Washington State commit received a visit from coach Jason McEndoo earlier this week. OSU working hard to try and close using the teammate connection.

This is a dream prospect for Oklahoma State. To be honest, the inside linebacker position is likely set. But if OSU could land interest from Johnson, a four-star junior college prospect from Dodge City Community College, he’d be a must-take. The 6-foot-1, 225-pound prospect has official visits to USC, Oregon and Texas set up. OSU has not offered — but the interest is high. If Johnson shares the interest and OSU feels like they’d have a shot, I don’t think they would hesitate making a late run at him. At the moment, likely a pipe dream.

Jones, a current Alabama commitment, picked up a recent offer from Oklahoma State in mid-December. And although his commitment to the Crimson Tide still holds, the interest still lingers between both parties. Yes, OSU has already taken in Jelani Woods. But I wouldn’t be surprised to see them try to take another — especially if it was a recruit the caliber of Jones.  He’s a four-star prospect but also entering into a situation in Tuscaloosa where the Tide have an entrenched FRESHMAN starter at the position, and another five-star dual-threat QB committed who is likely a better fit for its offense.

Rodgers, a prospect who announced he was transferring away from the University of Southern California, is an interesting prospect to watch. He started half his freshman season at the center position, made several starts at offensive guard, and moved to defensive tackle for the Trojans.

The former Army All-American has expressed interest in the school, according to one source, however the suitors are plenty. Also schools he is considering: Ole Miss, North Carolina, UCF, Florida Atlantic and Texas Tech. Because he is a transfer prospect, his “recruitment” is very low-key. As in, no official visits will be taken. So any communication is behind locked and closed doors. No timetable for his decision, however, should he transfer a decision will likely come soon if he wants to enroll early.