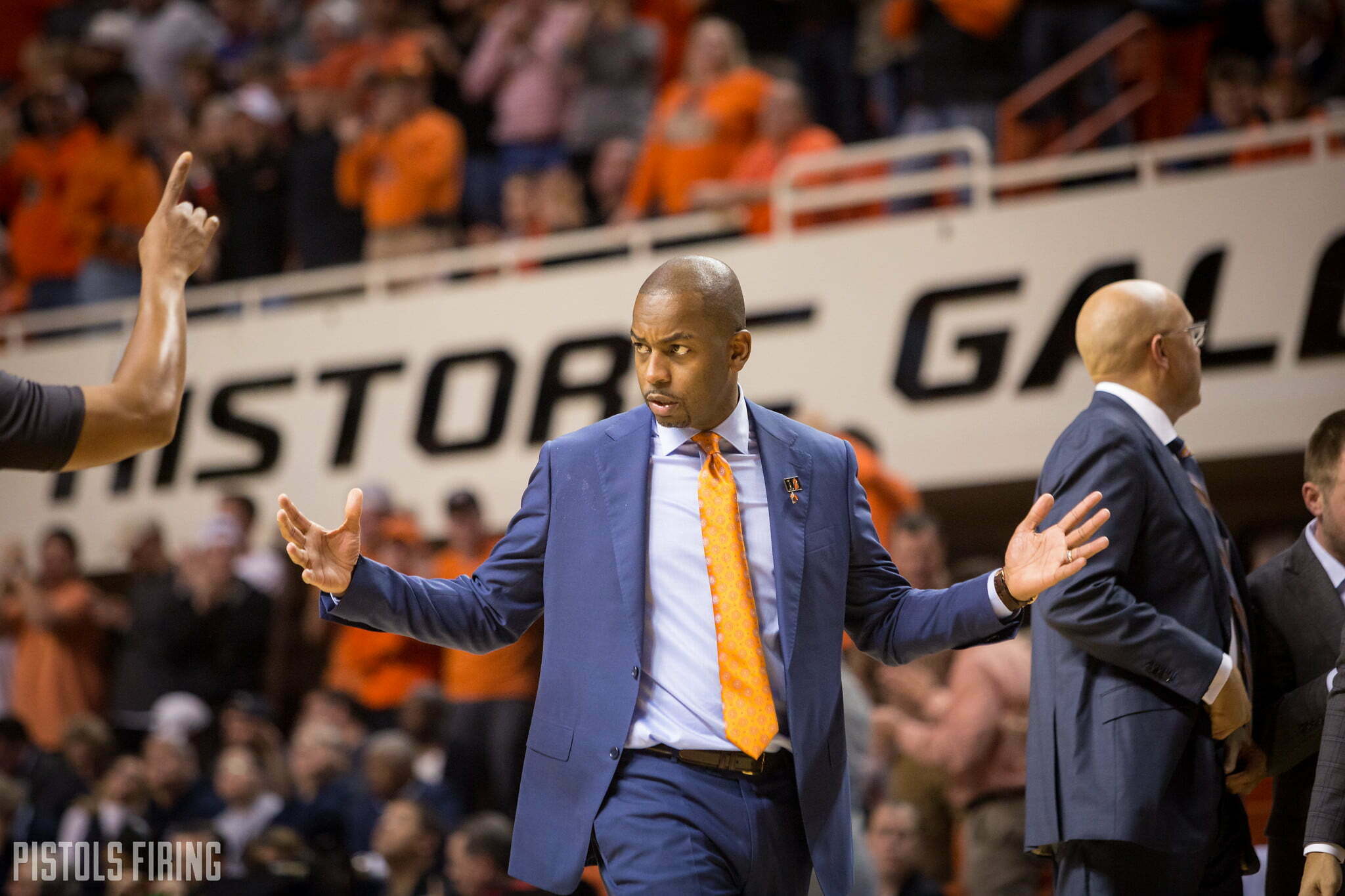 The No. 4 player in the 2022 class will announce his commitment in early August, and the Cowboys are in the mix.

Keyonte George announce via Twitter on Monday evening that he will pick a college program Aug. 8. George released a Final 5 in May of Oklahoma State, Texas, Kentucky, Kansas and Baylor.

A 6-foot-4, 180-pound guard, George plays for iSchool in Lewisville, Texas and with Southern Assault on the AAU circuit. It’s the same AAU program that Isaac Likekele played for. Likekele played for the team when it was YGC36, sponsored by Marcus Smart. George is also good friends with current OSU point guard Avery Anderson.

George is an elite three-level scorer. Since in-person recruiting resumed June 1, OSU coach Mike Boynton has made more than one trip to George’s games to get a closer look at him.

Brandon Jenkins, a recruiting analyst for 247Sports, evaluated George in June and projects him as a future first round NBA Draft pick, comparing him to D’Angelo Russell

George is a smooth scoring guard who shows a high level of dedication to the game and looks to play the game the right way. He scores within the flow of an offense and can knock down jumpers from all three ranges on the floor. His in-between game is potent as he has the knack of getting to his spots to get his shot off. He uses his handle to wiggle his way into his pullup and has the explosiveness and body control to finish plays in a crowd. His game is built upon skill more than elite quickness. He plays with poise and makes sound decisions with the ball in his hands. George’s assertiveness is always in question due to his nonchalant demeanor on the floor as he can disappear in spurts at times. His effort on defense could improve but he definitely is capable of becoming a solid defender because of the length and lateral mobility he possesses. George’s talent, skill level, and scoring touch is undeniable. He has a high ceiling and given the spacing on the floor, he will have a shot at being very productive at the highest level of the sport

Texas looks like the heavy favorite to land George’s services at this point. Three 247Sports and seven Rivals analysts projected him to end up as a Longhorn.

If Boynton were to land him, George would be the third-highest ranked commit in OSU’s history with his 0.9986 composite score. That trails only Cade Cunningham (0.9999) and Gerald Green (0.9998).